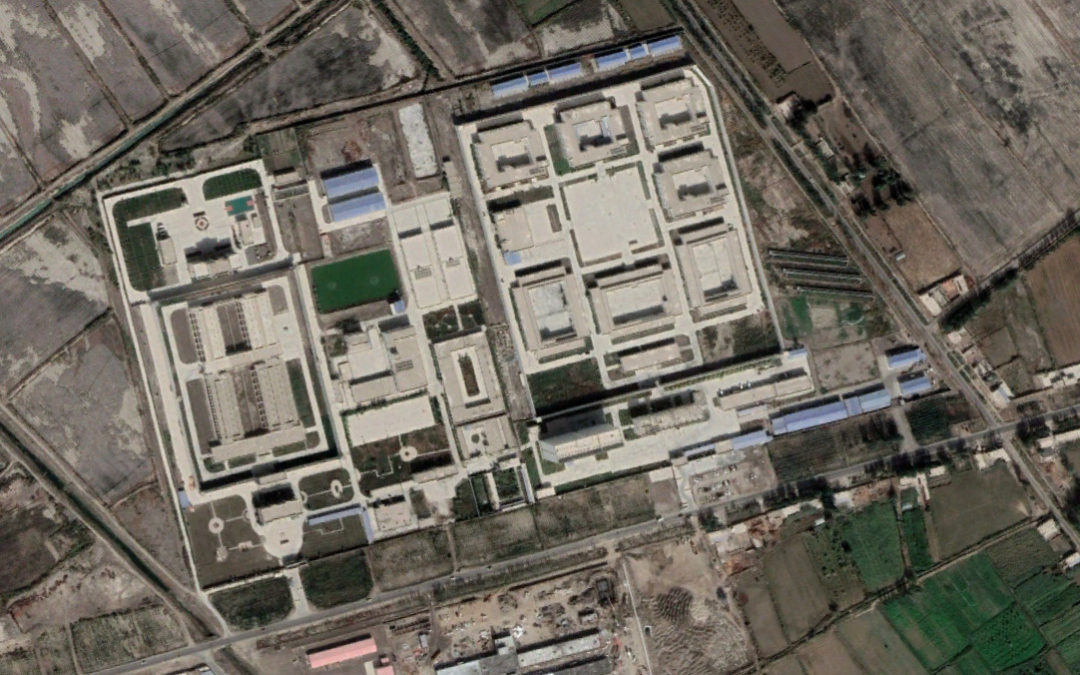 Building on the extensive work of the Australian Strategic Policy Institute’s Xinjiang Data Project, the Sentinel Project is working to analyze satellite imagery of locations of alleged detention and re-education facilities within the Xinjiang region. These facilities hold members of the Uyghur Muslim minority group for what the Chinese government says is vocational training aimed at reducing religious extremism. The number of locations and variation between sites is immense so we are focusing on high-priority targets for analysis.

Our team obtained satellite imagery for a site in Xayar County, Aksu Prefecture between August 2017 and October 2020, which shows the construction of prison buildings and subsequent expansion of these sites. The imagery shows two related facilities within the same compound – a low-security unit on the western side of the compound and a high-security facility on the eastern side – all surrounded by a perimeter fence. The level of development over time is especially apparent on the eastern side of the site, which has seen substantial construction activity. The image below provides an opportunity to compare the state of construction in 2017 and 2020 by dragging the arrow icon left and right. 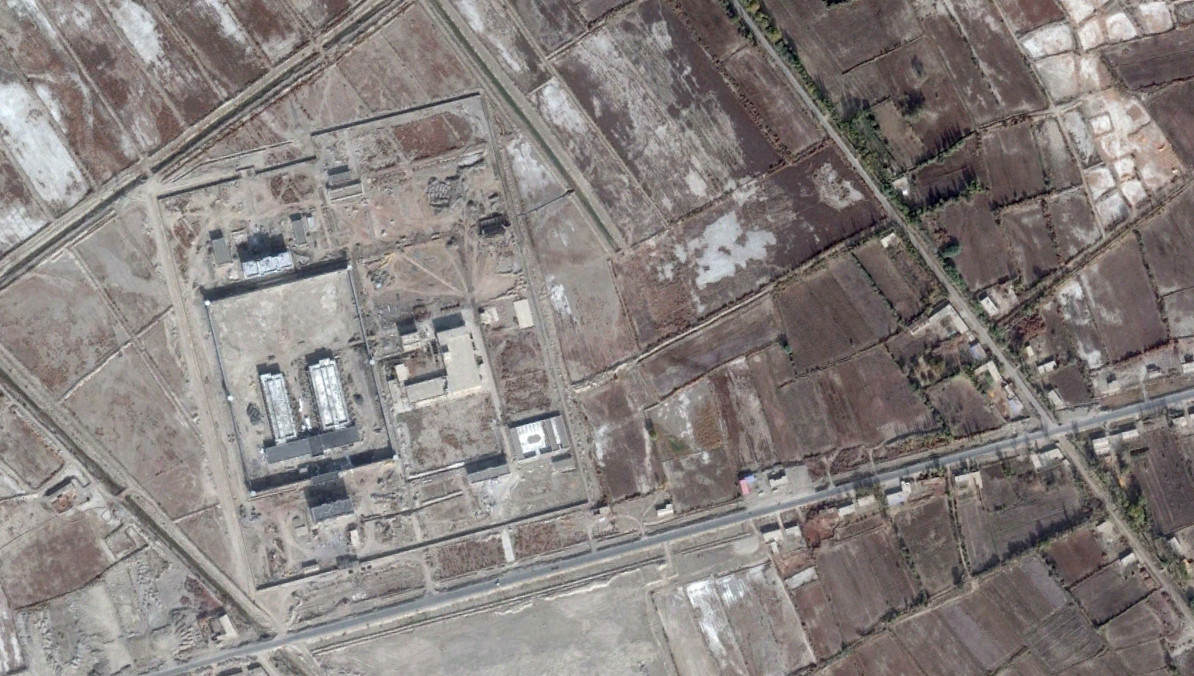 The development of the eastern side of the facility is of the greatest interest here. The image below highlights peculiar construction elements for a facility whose stated purpose is vocational training. This section of the site is surrounded by high walls whose shadows are approximately equal to those of the buildings arranged in a circular layout within. Since these buildings are 2 to 3 storeys in height, the similar shadow length of the walls indicates that they are approximately 6 to 9 meters (20 to 30 feet) tall. There appear to be four guard towers built into the corners of the walls. Furthermore, this section of the site appears to have only one entry and exit point, which is located along the southern section of the wall. There also appears to be a path along the western section of the wall which leads into another portion of the compound. This apparent path is also enclosed by security fencing. 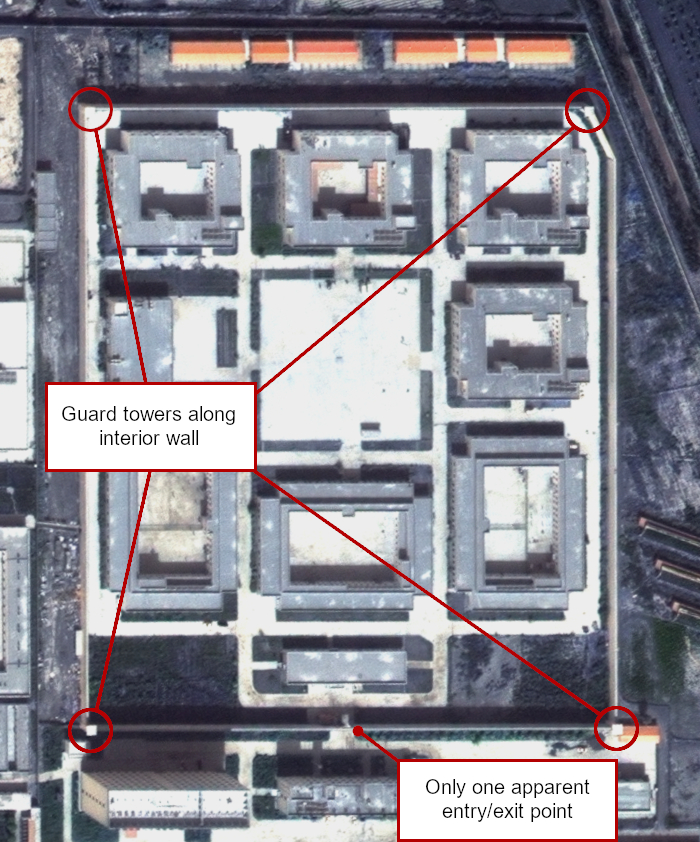 China’s official position is that these facilities are vocational training schools and heavily implies that they are providing largely voluntary educational opportunities. However, imagery of the facilities appears to call those statements into question. High walls, guard towers, and controlled access are not the hallmarks of a voluntary educational institute, and they raise worrying questions about not only the nature of these facilities but also what those detained within did to warrant such treatment.

The Chinese government regularly accuses international human rights organizations of misrepresenting the true purpose and function of these facilities but it has made no effort to allow open, safe, and routine inspections of the sites. Access to the entirety of Xinjiang is highly controlled and permission to visit these alleged vocational training institutions requires additional authorizations. The few people who are allowed to visit the facilities are accompanied by state representatives, given access only to vetted individuals or groups, and interviews take place in the presence of government officials who monitor what is said. These efforts to control reporting on the facilities are often completely transparent. One such visitor is Olsi Jazexhi, an Albanian-Canadian historian who visited these facilities expecting to debunk them as Western propaganda but who came away from the experience with the belief that what is occurring in Xinjiang is not merely the mistreatment of an ethnic and religious minority. His experiences there led him to see the Chinese government’s actions as a clear effort to wipe out Uyghur culture, language, and religion.

The Sentinel Project supports calls for impartial observers to have access to these facilities without undue restriction and without threat of arrest or imprisonment. Sentinel has consistently called on the government of the People’s Republic of China to cease its persecution of Uyghurs, permit open access to international observers, and allow investigations into human rights abuses. Sentinel intends to continue its investigation of suspected detention sites in order to document the continued injustice being perpetrated.