Update on the Uyghur Genocide in China 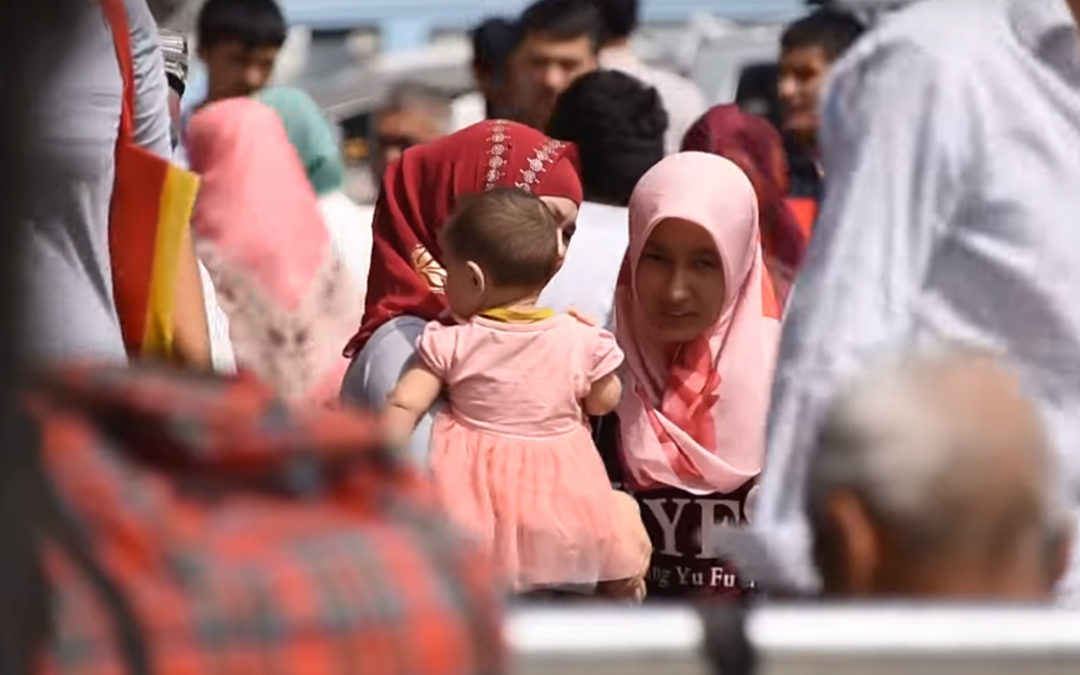 As we noted in our August 2020 statement, under the pretext of anti-terrorism operations, Chinese central government authorities continue to severely persecute the Uyghur community in the northwestern region of Xinjiang. That previous post highlighted the fact that, despite the People’s Republic of China (PRC) having ratified the Convention on the Prevention and Punishment of the Crime of Genocide, its campaign against the Uyghurs has so far entailed the following elements that align with the Convention’s definition of genocide1:

Indeed, the systematic and widespread efforts to curtail birth rates, combined with the clear attempt to destroy Uyghur cultural, linguistic, and social structures fulfill, beyond abstract debate, the definition of genocide. By using a large-scale surveillance system, concentration camps, forced labour, and ideological “re-education,” the Chinese government has responded in an extremely disproportionate and ultimately genocidal way to Xinjiang’s actual security issues. While there have indeed been past terrorist attacks linked to groups pushing for Xinjiang’s independence, the government response is completely out of balance with the realities on the ground and has targeted the entire population instead of the very small number of people who have been involved in armed groups. In addition to these already egregious circumstances, new evidence obtained by the BBC found that “women in China’s ‘re-education’ camps for Uighurs have been systematically raped, sexually abused, and tortured.” Beyond the direct prevention of births through forced sterilization, gender-based violence (GBV) is a foundational aspect of genocide, as GBV mentally and physically destroys communities.

Critics of calling situations genocide often cite a lack of evidence for explicit intent, such as a government official openly declaring that they intend to exterminate a group, which rarely happens in practice. While we recognize the existence of this counterargument based upon insufficient evidence of intent, the data that is already available covers the four categories listed above and, when considered in light of the highly systematic nature of the campaign, we can confidently conclude that intent is evident in this case. We are not alone in this position. As we note below, the Subcommittee on International Human Rights of the Standing Committee on Foreign Affairs and International Development (the Subcommittee), when presented with ample evidence and witness testimony, was “persuaded that the actions of the Chinese Communist Party constitute genocide as laid out in the Genocide Convention.”

In our August 2020 blog post, we also noted that Western criticism of China’s actions appeared to be split between cautious rebukes wary not to provoke more significant diplomatic strife or efforts to use the situation as a lever to gain an advantage in other disputes with China. The tenor of the statements has somewhat changed since that time. In September 2020, human rights and genocide prevention organizations and individual practitioners published an Open Letter of Concern to Governments on Crimes Against Humanity and Genocide Against Uyghurs in China.2 In October 2020, 39 member states of the United Nations voiced their concerns in a joint statement delivered by Germany in front of the UN General Assembly’s Third Committee. Around the same time, and as we note above, the Huffington Post reported that “a Canadian parliamentary subcommittee, which heard directly from camp survivors, declared China’s actions constitute genocide as laid out in the Genocide Convention.” The Subcommittee heard from survivors that, “the Government of China has been employing various strategies to persecute Muslim groups living in Xinjiang, including mass detentions, forced labour, pervasive state surveillance and population control. Witnesses were clear that the Government of China’s actions are a clear attempt to eradicate Uyghur culture and religion.” In response, the Subcommittee proposed that the government:

China vehemently rebuked the Subcommittee and its findings. Additionally, in November 2020, Bob Rae, the Canadian ambassador to the United Nations, asked the UN Human Rights Council to investigate whether China is committing genocide against the Uyghurs. More recently, the United States government released its own statement in January 2021. Delivered by Secretary of State Mike Pompeo, the announcement declared that the “Chinese government is committing genocide and crimes against humanity through its wide-scale repression of Uighurs and other predominantly Muslim ethnic minorities” (Wong & Buckley, 19 January 2021). In February 2021, the BBC reported about a formal legal opinion commissioned by the Global Legal Action Network, the World Uyghur Congress, and the Uighur Human Rights Project. The opinion concluded that “there is a very credible case that acts carried out by the Chinese government against the Uighur people in Xinjiang Uighur Autonomous Region amount to crimes against humanity and the crime of genocide.” Senior barristers of the Essex Court Chambers in London, England wrote the legal opinion. On 18 February 2021, the Globe and Mail reported that Canada’s official opposition, the federal Conservative Party, put forward a motion for debate, “asking Parliament to recognize that China is committing genocide against its Muslim Uyghur minority through internment camps and forced population control.” Parliament voted on the motion on 22 February 2021 and it passed with 266 votes in favour and 0 votes against, though Prime Minister Justin Trudeau, his cabinet, and other members of the Liberal Party abstained from voting.

As stated in August 2020, the Sentinel Project believes that the Chinese government’s treatment of Uyghurs rises to the level of genocide. Even if the label of genocide were disputable on technical grounds, the Chinese government is still unquestionably engaging in an extraordinarily massive set of human rights violations. This fact is borne out by the Chinese government’s own statements and policies. Indeed, a New York Times article from 2019 highlights leaked Chinese government documents regarding its policies in Xinjiang, exposing the “coercive nature of the crackdown in the words and orders of the very officials who conceived and orchestrated it.” For example, those documents demonstrate that the Chinese government conducts detentions based on the premise that Uyghur people had been “infected” by the “virus” of Islamic radicalism and must be “quarantined and cured.” The leaked documents also note officials saying that “Students should be grateful that the authorities had taken their relatives away.” These measures are occurring even when no crime has been committed, and when “violence by Uighur militants has never threatened Communist control of the region” (NYT, 2019). Another poignant example is that at least two Communist party officials who defied the orders to conduct mass detentions were swiftly removed from their posts and ostracized.

For all of the reasons given above, we continue to advocate for a broad condemnation of the efforts to destroy the Uyghur population by the international community. We urge the Canadian government to undertake meaningful actions, such as:

We urge all Canadians to:

1. One element which is currently not substantiated within the Uyghur genocide is “killing members of the group”.  However, as genocide is the intentional effort to destroy, in whole or in part, a national, ethnic, racial or religious group, an act of genocide does not require active killing.

2. The Sentinel Project joined this letter in January 2021.