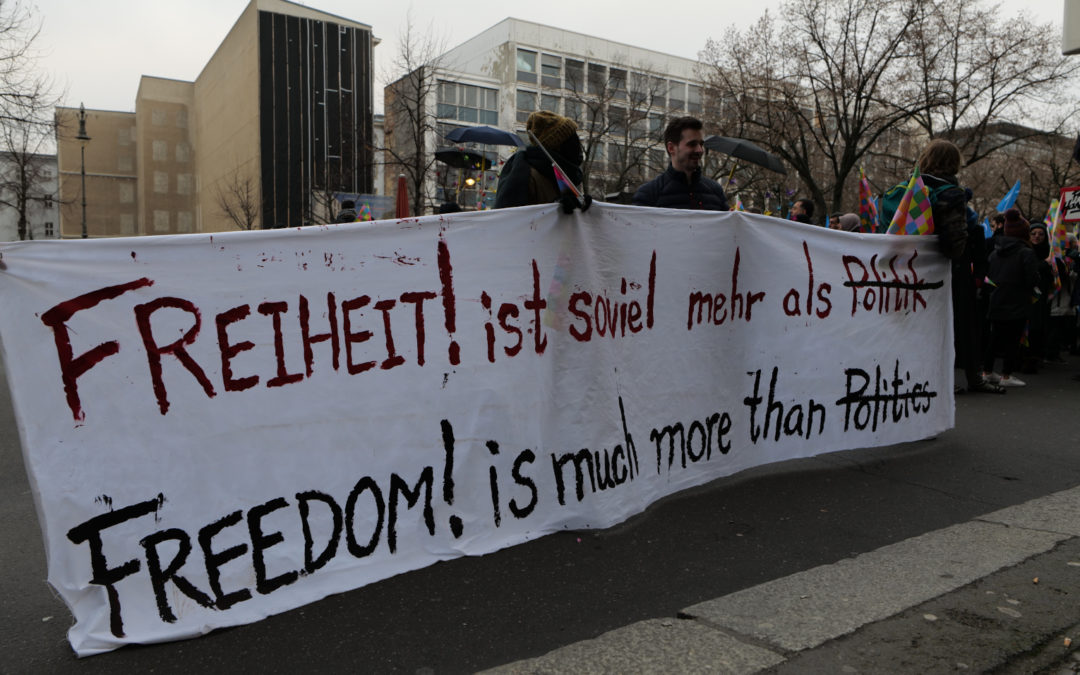 The Chinese government is currently implementing a campaign of persecution against the Uyghur minority group in the Xinjiang region using a disturbing system of mass surveillance, concentration camps, forced labour, and ideological “re-education” alongside other measures which appear to rise to the level of genocide. Under the guise of anti-terrorism operations, central government authorities have enacted a cruel and disproportionate response to security issues in Xinjiang. This response detains citizens en masse; forcefully separates children from their families; engages in forced disappearances; suppresses religious, cultural, and social expression; and imposes forced sterilization alongside other attempts to prevent births within the group.

Previous reports by journalists and non-governmental organizations have highlighted the unlawful detention of Uyghur peoples in northwestern China as well as efforts to force these populations into adhering to strict economic, social, and cultural norms imposed by the central government. However, new findings strongly suggest that a campaign of sterilization and suppression of birth rates is being conducted against Uyghurs. This is the starkest evidence yet that the Chinese government is committing genocide against the Uyghur population.

Uyghurs are a Muslim minority group native to the Xinjiang Uyghur Autonomous Zone in northwestern China. Though dates differ depending upon the source, the Uyghur presence in the region dates back at least 1,000 years and potentially longer. Uyghur history is intertwined with the history of this land of mountains, grassland, and deserts, and indeed with the People’s Republic of China (PRC) itself. Shortly after the establishment of the PRC, Xinjiang Province was declared an autonomous region and saw the beginning of a pattern of uneven economic development and social progress that has continued to this day. Since the 1980s, there have been growing independence and separatist elements within the Uyghur population and these have intermittently led to outbreaks of violence, including a series of terrorist bombings in the 1990s and the re-emergence of ethnic violence in 2008 and 2009 which saw riots claim the lives of hundreds of people. 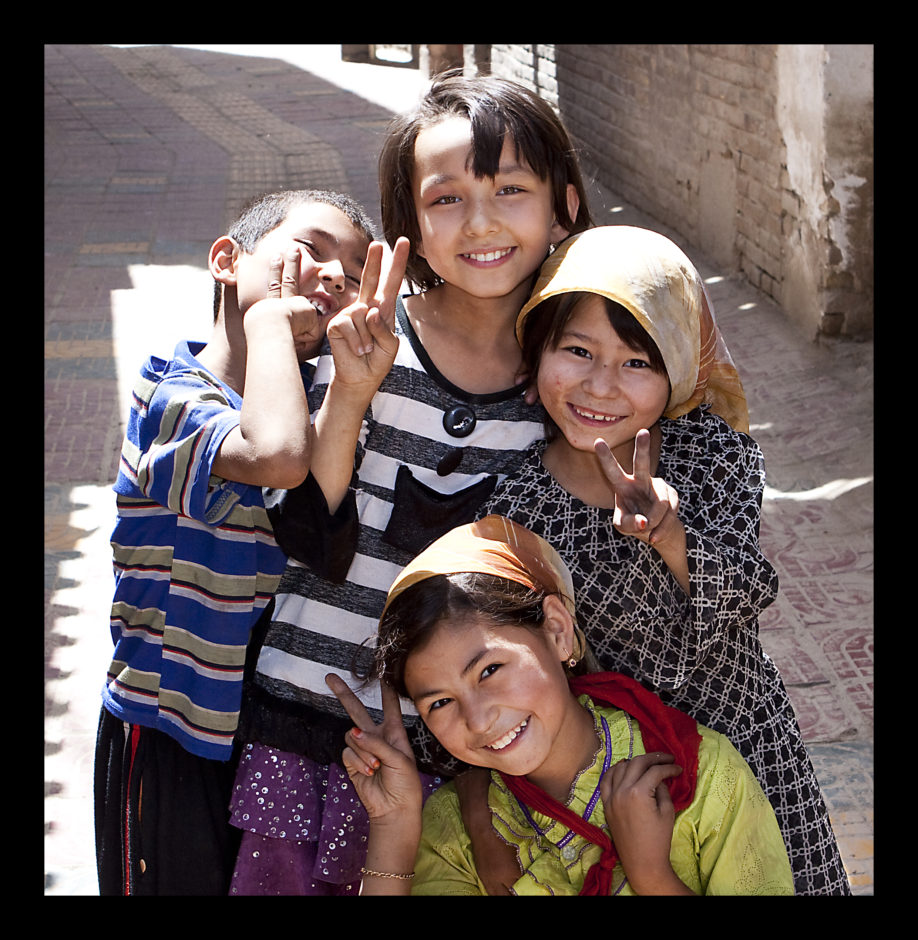 China, In It’s Own Words

The PRC has ratified the Convention on the Prevention and Punishment of the Crime of Genocide and, while it has formally issued reservations opposing the prosecution of Chinese government officials for the crime of genocide by international bodies as a violation of its sovereignty, it otherwise does not dispute the content of the Genocide Convention itself, which defines genocide as:

…any of the following acts committed with intent to destroy, in whole or in part, a national, ethnical, racial or religious group, as such:

By nearly every measure, the actions undertaken by the Chinese government meet this definition.

Killing members of the group

It is important to remember that while genocide is often conflated with mass murder, which currently appears to be absent in the targeting of Uyghurs, the defining characteristic of genocide is the commission of acts intended to destroy a group, in whole or in part. Many perpetrators attempt to deflect criticism by pointing out a lack of large-scale killing but this is a completely disingenuous argument because the ultimate crime is the intent to obliterate the identified national, ethnic, racial, or religious group; not merely fulfilling a checklist of activities.

Significant reporting by numerous journalists, activists, and international organizations has already highlighted the existence of detention centers and efforts to forcefully “re-educate” large numbers of Uyghur citizens whose only crime was holding a religious belief.1 In addition, allegations and documentation of torture as well as unnecessary medical procedures have established a pattern of activity that intentionally causes serious mental and bodily harm to members of this group, expressly due to their being members of said group.2

Inflicting conditions of life calculated to bring about physical destruction

Key to this component are reliable accounts and demographic data which indicate that, in addition to forced sterilization and population reduction measures, the Chinese government is undertaking efforts aimed at destroying Uyghur cultural elements through the destruction of mosques and Uyghur cemeteries, the removal of educational material, and the prohibition of religious expression and beliefs.3

Forced and coercive sterilization, prohibitions on marriages between Uyghurs, and government preference for interethnic marriages “in an effort to dilute Uyghur cultural identity and promote assimilation into the ‘Chinese Nation-Race’ (中华民族).”4  These strategies are aimed at eliminating Uyghur society as a cohesive and singular group, and ultimately, its destruction.

Birth control measures such as intrauterine devices (IUDs) were implemented in Xinjiang at 7.8 times the national average.5 IUD implant procedures in Xinjiang in 2015 accounted for 2.5% of the total number of procedures performed across China.  In 2018, Xinjiang accounted for 80% of all IUD implant procedures in China.  This is a startling increase considering that Xinjiang’s population represents only 1.8% of China’s population.6

Sterilizations within Xinjiang have have increased significantly since 2017 while national sterilization rates plummet.  In 2018, sterilization rates among all married women of childbearing age was 1.1%. In 2019, two jurisdictions within Xinjiang’s Hotan prefecture (Hotan City and Guma County) aimed to sterilize 34.3% and 14.1% of married women respectively.7 In addition, many accounts of women being injected with unknown medications or being forced to take drugs which disrupt menstruation and curtail fertility have been documented.  Government family planning documents indicate the injections are likely   medroxyprogesterone acetate, which is a hormonal birth control medication.8

Defence of these birth control measures has been based on the idea that Uyghur populations were exempted from the enforcement of China’s one-child policy and now the population growth within Xinjiang warrants renewed enforcement.  However, this defence relies on one human rights abuse to justify another.  It also ignores the targeted, punitive and destructive facets of this policy, which has no practical role in counter-terrorism efforts and yet is being implemented against the same communities accused of harbouring radical religious ideologies.

Forcibly transferring children of the group to another group

Uyghur children are routinely removed from the care of their families, often as a result of their parents being sent to detention centres. Children are often forced to attend residential schools far away from their home regions in an effort to obliterate cultural, linguistic, or religious connections with their communities. Others are sent to orphanages where they are adopted and raised by non-Uyghurs.9

It appears likely that Chinese authorities believe that the measures undertaken in Xinjiang are valid security methods to resolve internal conflict and stem what they view as a “virus” of religious extremism.10 While the Chinese authorities claim only to be fighting against extremist ideologies and what they view as dangerous thinking, without specific reference to Uyghurs as being biologically dangerous, there is a long history of the victims of genocide around the world being characterized using language that refers to diseases and vermin. This broader context makes the Chinese government’s use of viral terminology in Xinjiang particularly alarming. 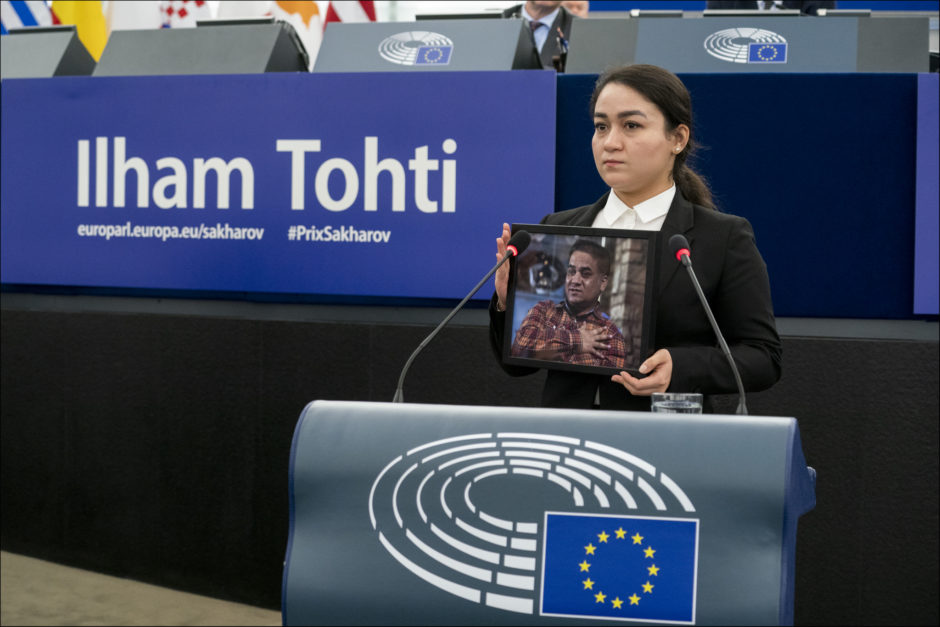 Jewher Illham, daughter of Sakharov Prize laureate Ilham Tohti receives the prize on his behalf. Tohti is a Uyghur activist imprisoned in China on allegations of “separatism” and has been denied a fair trial.  Credit: Pietro Naj-Oleari.

The international response to the treatment of the Uyghur population has been lukewarm.  Chinese client states and allies have been dismissive of any allegations, and Western criticism appears split between cautious rebukes wary not to provoke larger diplomatic strife or efforts to use the situation as a lever to gain advantage in other disputes with China.  Though some meaningful actions have been taken, a broad condemnation of the efforts to destroy the Uyghur population, undivided by narrow geo-political goals, is necessary to make clear the international community’s commitment to the prevention of genocide.  Additionally, international actors demand an end to the curtailment of the security, liberties and reproductive rights of the Uyghur people.

The Sentinel Project believes that by any measure, the Chinese government’s treatment of Uyghurs rises to the level of genocide. Being a Canadian organization, we are particularly aware of the similarities between the broad, destructive measures taken against the Uyghur population and the systemic and prolonged efforts undertaken by successive Canadian governments and agencies which attempted to destroy, in whole or in part, the Indigenous populations which fell under their jurisdiction. It is with the awareness of one past injustice that we call for the end to a present injustice.

Feature Image (at top): “Demonstration for the rights of the Uyghurs in Berlin” by Leonhard Lenz