The Crime of Barbarity VII 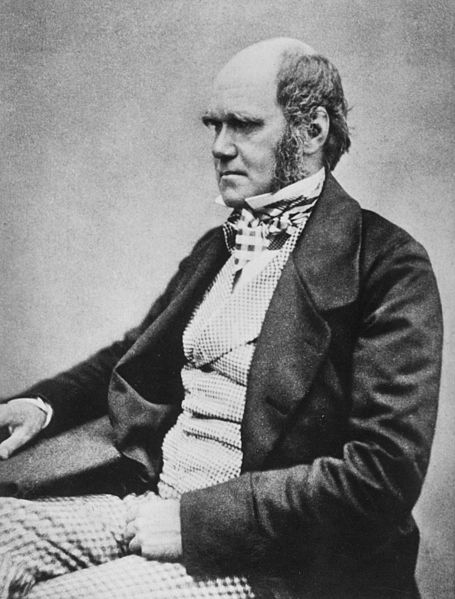 Charles Darwin did not disprove creationism. Long before Darwin had proposed the idea of natural selection, by the late 18th century in fact, geology had already shown the earth to be much older than previously thought. Darwin was considered significant not because he disproved creationism, but because his theory appeared to be one of the final missing pieces in solving the enigma of nature. Because, at this point, the impending crisis in the feudal order of Europe was begging for a scientific solution, many hailed Darwin as a man who had achieved a kind of “theory of everything,” which would not only revolutionize biology, but every aspect of human thought, including proscriptions for social organization. Science itself appeared to be coming to an end and an era of perfect human knowledge of all things was emerging. In reality, Darwin’s revolutionary science was showing, however unconsciously, the cracks that existed in the mechanistic worldview – the beginning of a statistical description of nature. No one would realize this for decades.

Almost immediately after the popularization of Darwin’s breakthrough, political theorists of all colors, including Karl Marx, drew parallels between Darwin’s work and their own. It was not Darwin, but a political theorist named Herbert Spencer who coined the phrase “survival of the fittest,” a phrase by which we continue to identify, incorrectly, evolution’s essence. A grand theory to understand the history of mankind and of the earth had apparently been achieved. Economists, philosophers, and political activists were making note of Darwin’s discoveries and applying them to human social organization; natural selection reinforced the conflict-theories of both nationalism and socialism.

Darwin, not unware of the social processes of his times wrote in 1871 “At some future period, not very distant as measured by centuries, the civilised races of man will almost certainly exterminate and replace throughout the world the savage races.” Scantly more than 30 years later, German soldiers began the wholesale extermination of tribes in present-day Namibia – the first modern genocide. In 1910, still years before the crisis of World War I and decades before the Final Solution, an Englishman Sir Francis Galton, the father of modern statistical sciences, designed a future where humans would be bred for fitness and those deemed unfit by science would be confined to labor camps.

More than a scientific breakthrough, Darwinism became the catalyst of a moral crisis in Europe. Evolution seemed to show that God did not love humanity. The animal world was ruled by cruelty. Nature wasted seeds – death and conflict, not life and cooperation, were the forces behind progress. The civilized face of Lamarkian evolution, a process by which an individual organism’s efforts could change its reproductive traits, had been discredited, and the idea of the universe as materialistic and deterministic was reinforced. Hobbes’ “war of all against all” was coming to fruition in virtually every aspect of human knowledge.

By the turn of the century violence and conflict were no longer widely considered to be undesirable aberrations of human social interaction, but rather engines of progress. Violence had a purifying, reinvigorating effect on social structures. Natural laws were moving mankind inexorably toward violence, and because of their determinism, there was no way to avoid it. The victory of an idea, of a race, of a class, became the ultimate proof of its righteousness. Might was right.

Next week we will explore the deepening crisis of the Feudal order in Europe, the proffering of war as a means to unite fragmented people, and the advent of the greatest crime humanity has ever known.