The Crime of Barbarity VI 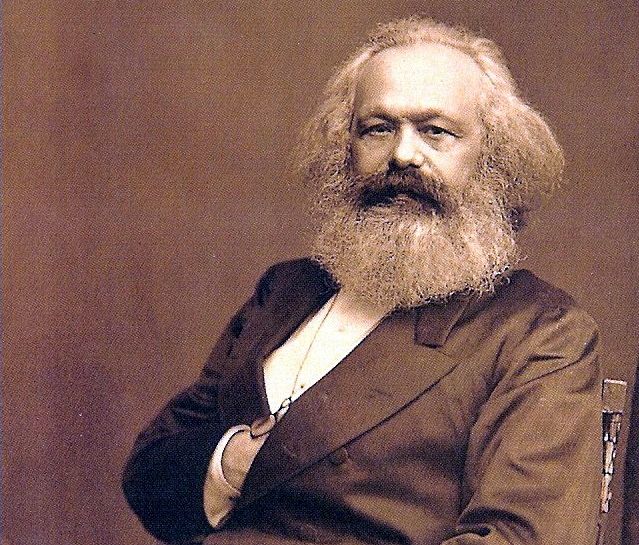 It spoke not only to the invisibility of scientific worldviews but also to the astonishing likeness of communism and fascism that when German Foreign Minister Joachim von Ribbentrop met with Stalin’s entourage in late September 1940, a meeting between supposed philosophical enemies, he was astonished to find he was staring into a kind of ideological mirror: “As if I were among old party comrades of ours, mein Führer!” he reported to Hitler.

Two prominent dogmatisms resulted from the application of mechanistic physics to human moral philosophy; both presented themselves as fundamentally different, but owed their intellectual origin to Hobbes’ inversion of Aristotelian ethics – the war of all against all: nationalism and socialism. Both arose as honest attempts to apply the natural sciences to the problems resulting from catastrophe in the feudal order. The likeness of nationalism to socialism was invisible at the time precisely because both dogmas traced their lineage to mechanistic physics, the prevailing scientific worldview. The age of genocide, of totalitarianism, would be dominated by those who wished to link human social organization to the revolutionary physics. “Natural science will in time incorporate into itself the science of man, just as the science of man will incorporate into itself natural science: there will be one science” as Marx predicted.

Despite the creeds of nationalism and socialism being pitted against each other, both were but minor variants of the same premise that man, like his planet, existed in a natural state of motion, or conflict, and that peace was an abberation. A few prominent thinkers such as John Locke attempted to synthesize Aristotelian ethics and mechanistic science but succeeded only in America, a revolution, as Hanna Arendt observed, based upon the simple requirement of civilization for government, and not, as I argue, based on aligning human social organization with mechanistic physics.

Most critically, nationalism and socialism also shared the idea that to achieve peace governments must eliminate, by violence when necessary, the group of humans at the crux of conflict, those forming the antithesis of “progress.” The only point of disagreement was who exactly these groups were; both advocated dictatorship. The legacy of the French Revolution, on one hand, posited that the groups in eternal conflict were political classes; the reaction against the Enlightenment, largely in England and Germany, argued that the groups in eternal conflict were nations, or ethnicities. Due to the international orientation of Imperialism and Communism, both creeds spread rapidly beyond the West in the 19th and 20th centuries and both resulted in an unprecedented scale of killing, ethnic division, warfare, and oppression.

In the late 19th and early 20th century, the idea that motion (i.e. conflict) was the prime mover of history, and that this idea was somehow “scientific,” was becoming evermore dominant. Despite being later discovered as pseudoscience, it was hailed as the invention of a scientific approach to history, but this was only because it appeared to align with mechanistic physics and the premise of motion – It became invisible in the context of the dominant paradigm.

At the pinnacle of this new science in the early 19th century was a political philosopher named Georg Wilhelm Friedrick Hegel. Hegel was not a materialist, like Hobbes, but he agreed with Hobbes’ basic presumption of natural conflict and represented the point of divergence of both the nationalist and socialist grand theories, both of which were based on the revolution in physics, and both of which became materialistic and mechanistic to the point of atheism and scientific dogmatism. Nationalist and socialist liturgies would derive their pseudoscientific historical views from Hegel’s conflict-theory of history. Hegel, and perhaps more appropriately his notable intellectural hier Karl Marx, merely represented the application of Hobbes’ revolution in political thought to the history of man. Hobbes, to his credit, recognized violence as an evil to be avoided. He applied Galilean physics to the business to eliminating conflict by understanding the mechanics of natural human motion. The harbingers of violence in the 20th century, however, would not only see conflict as necessary, but good – a purifying and progressive force based on the “scientific” view of history. Violence was the driving force behind human progress – as Marx, employing an apt mechanical metaphor, would later say “Revolutions are the locamotives of history.”

The idea of man’s moral aspirations were inverted. According to the ethics of nationalism and socialism, the good men do seek is not universal, but group-based. Hannah Arendt observed this phenomenon as the “Rights of Man” (universal) versus the “Rights of Englishmen” (nation-specific). What is good is that which is good for the nation or race, or in socialism’s case, the revolution or class. Moral ideas were not applicable to all mankind, but to a specific group, a specific class, and the good for one group always came at the expense of the other. Both movements projected a time when morality would again be universal, but based this projection on the forced homogenization of society by force – on the eventual systematic wholesale destruction of the enemy. This was the moral foundation of mass murder. It applied equally to nationalism and socialism.

Next week we will explore the evolutionary scientific breakthrough that reinforced credibility for the glorification and legitimization of violence as a means of social relationship.