The Crime of Barbarity VIII 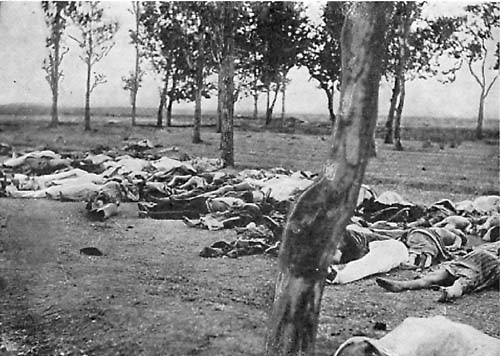 “The fine days of that July and August encouraged Europeans to venture out of their homes and to display their emotions and prejudices in public, in the streets and squares of their cities and towns. The massive exhibitions of public sentiment played a crucial role in determining the fate of Europe that summer. […] There is evidence that the jingoistic crowd scenes in Berlin, St. Petersburg, Vienna, Paris and London, in the last days of July and in the early days of August, pushed the political and military leadership of Europe toward confrontation.” -Modris Eksteins

In the summer of 1914, Europe was clamoring for war. The great powers, including Germany, had been quietly preparing for years, and all that was needed was a match to light the tinder-box. Europe was at a breaking-point, so much so that many ruling circles proffered a preventative war to unite fragmented people in a common struggle – war could be used to save the old order. In 1914, the widespread visceral desire for reinvigorating bloodshed was realized. It was ignited by the attempt to resolve the war of all against all by dividing the world into nation-states – one of the two “scientific” solutions – in a symbolic act of murder by a young man named Gavrillo Princip. The idea proposed centuries before by Thomas Hobbes, to discover the causes of conflict and solve them through mechanistic calculations of human motion, could now, ironically, only be achieved through violence. “I am a Yugoslav nationalist,” Princip announced at his trial for the assassination of Archduke Franz Ferdinand, “aiming for the unification of all Yugoslavs, and I do not care what form of state, but it must be free from Austria.”

The era of widespread belief that universal laws could mitigate conflict across diverse ethnicities and classes was nearing its end; this concept of Aristotle, which presupposed a natural human inclination toward peace and cooperation, had been shattered along with ancient physics. The philosophical descendants of the Greeks had taken the discrediting of Aristotle’s static physics to mean the automatic invalidation of his static ethics. The mechanistic state, one that emerged hand-in-hand with the mechanistic scientific worldview, relied on the homogenization of human groups, not under law, but under deterministic fixed identities, the only kind provided for by the mechanistic gestalt. In many nascent nation-states in Europe where the nobility, middle-class, and lower classes were all of different and distinct ethnicities, this would mean a purging and reorganization of social structures in their entirety. Multi-ethnic empires which had been established for centuries began to crumble from their own scientific untenability. Nationalism combined with socialism became particularly popular in Eastern Europe and other locales where the rulers represented a different nationality and class.

Regardless of the details of the new order, regardless of its nationalist or socialist orientation (or any combination) it was clear that humanity, in order to achieve peace, must be ruled only in groups, and not as a whole. The new physics and biology had indicated that peace was an aberration of man’s natural state, one of motion and war, and to treat war as the aberration was unnatural and unrealistic. This was the ultimate unintended consequence of the Enlightenment, a movement which had spread even to the relative distance of Asia Minor, particularly infecting the “Sick Man of Europe,” the multi-ethnic Ottoman Empire.

Enlightenment ideas and reactions had not only sown instability in Europe, but among the manifold groups of the Ottoman Empire, most significantly Turks and Armenians. By World War I, the Ottoman Empire was ruled by the Three Pashas, a dictatorial triumvirate whose ultimate goal was to create a pure Pan-Turkish state, free of dhimmi, or non-Muslims. The Christian Armenian elite, equally inspired by the ideas of the Enlightenment, had also developed national consciousness, leading them to protest the Turkish government’s refusal to implement reforms to the poor treatment of the minority.

Forced conversion, an ancient method of uniting diverse human groups together under one law, was no longer accepted as possible. According to the creed of mechanistic, deterministic national identity, nature, not nurture, determined human social organization. Ideas, particularly those of Charles Darwin, had been employed to show that group identities were fixed, inbred, immutable and that the natural state of humans was not peace, not stasis, but war – a conclusion that Thomas Hobbes had been able to see centuries before with only the inspiration of Galileo.

On April 24, 1915, under the pressure of Russian advances in the Caucuses, the Turkish Government began the most notorious crime in the history of the world to the day. The Armenian elite was arrested and deported, men were executed, and women and children were forced on death-marches into the Syrian desert.

Massacres in history are tragic, but by no means unique. The most unique aspect of the phenomenon which occurred in the Ottoman Empire in 1915 was its systematic nature. Mass killing as a science was introduced to the world in 1915 as approximately 1.5 million Armenians were exterminated. The world’s uncanny complacency and amnesia toward genocide was also revealed for the first time. On the eve of the world’s greatest war, in 1939, the leader of Germany would recount this fact along with the mantra of the world’s only truly mechanistic governments – totalitarian regimes:

“Genghis Khan had millions of women and children hunted down and killed, deliberately, and with a gay heart. History sees in him only the great founder of States. […] I have given the order […] that the aim of this war does not consist in reaching certain designated geographical lines, but in the enemies’ physical elimination. Thus, for the time being only in the east, I put ready my Death’s Head units, with the order to kill without pity or mercy all men, women, and children of the Polish race or language. Only thus will we gain the living space that we need. Who still talks nowadays of the extermination of the Armenians?”

Next week we will explore the phenomenon of totalitarianism and its origins in the maturation and decline of the mechanistic worldview.