The Crime of Barbarity IV 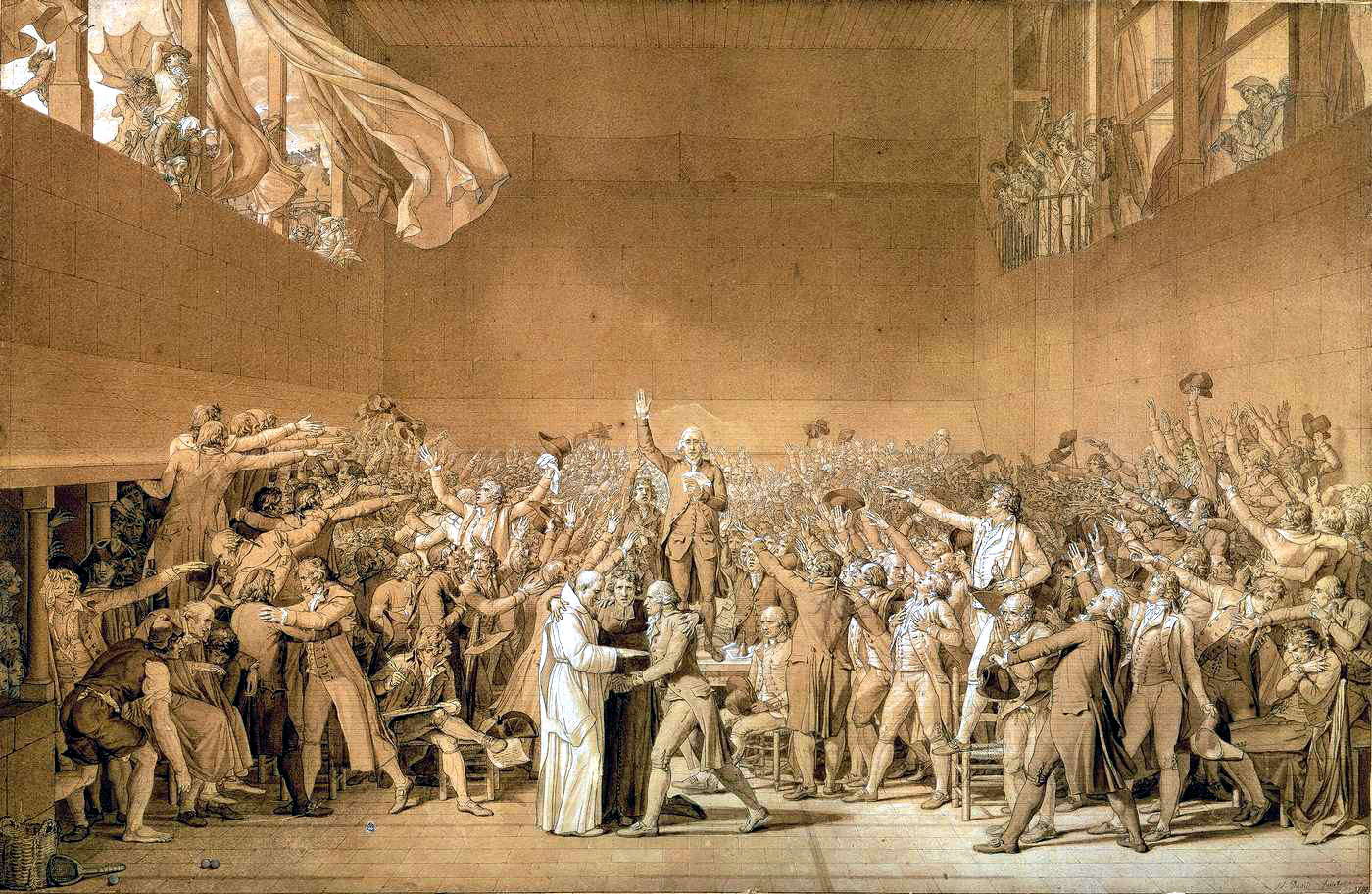 The Bastille, an armory and prison at the center of Paris, a symbol of the power of the French monarchy, fell to rampaging insurgents on July 14, 1789. They demanded blood. Governor Marquis Bernard de Launay was decapitated. His head was mounted on a pike and pararded around the city. “C’est une révolte,” King Louis XVI said to his messenger. “Non, Sire, C’est une révolution,” the Duc de La Rochefoucauld-Liancourt replied.

Last week I wrote of how a paradigm-shift in physics precipitated a revolution in the way the West understood social organization and thus the moral assumptions that legitimized them. Evidence that the earth was not the center of the universe gained credibility, and the pillars of political thought, which had been based on the static system of Aristotle and the Roman Catholic Church, began to crumble.

The term “revolution” as we understand it today, as a forcible overthrow of a government or social order, owes its origins to the movements of the planets – the word itself establishes a link between the destruction of the geocentric world-view in science and the birth of the modern republic in politics. The new political order in Europe was inspired by a few men who dared to proclaim that the Earth did move. As Hannah Arendt argued, in the French Revolution the term was meant to imply irrestistibility. The “Revolution” was preordained by the machinery of the universe – it was as inevitable and irresistible as gravity.

The scientific worldview that followed the age of Aristotle and Ptolemy, one established by Copernicus, Galileo, and Newton, is aptly called the mechanistic worldview. The proclamation of immutable laws and the relation between planets, physics, and motion, formed a perspective of the universe as a giant machine – a complex clock with predictable, finite moving parts. This gravely diminished the role of God in the universe. God did not have the power to change the laws of physics – he divested himself of all power when he created the machine. He could not intervene in human affairs. God merely designed the universe. The mechanical universe was materialistic, and deterministic.

The mechanistic world-view was also anti-establishment. European monarchies had based their legitimacy on the idea that the noble class was ordained by God and clerics based their authority on the supernatural qualities of revelation, an idea rejected by the new age, the Age of the Enlightenment. To make matters worse, the Roman Catholic Church had staked its credibility on the geocentric solar system of Aristotle and lost to the irresistible search for truth.

Science had undercut human social orders and rendered them untenable. It wasn’t long before new ideas inspired by the eternal motion of matter and mankind were used to foment the establishment of a new social order, an order based on reason and science, of which the French and American revolutions became paramount examples. Thomas Hobbes had correctly seen that the new social order of men would be based on the physics of motion and inertia.

The oppressed classes were in motion in Paris. While there were manifold causes fomenting unrest in France, the insurgents also sought to create a new social order based on mechanistic science – to solve the problems of the day using the miracles discovered by physics. If the universe were indeed a machine, they believed, human social orders must be reformed and rebuilt in congruence with nature. The French Revolution sought a complete break with the past. It established new months, days, time-measurement, new measures and weights, and proclaimed the Revolution year zero. Like most revolutions that wave the flag of freedom, however, it ended in tyranny with Robespierre and Napoleon.

The reforms that were achieved by the French Revolution spread across Europe thanks to the French Revolutionary Wars and the conquests of Napoleon. Even after Napoleon’s defeat by the Russian winter in 1812 and the subsequent expulsion of the French from occupied territories, the reformation of European social orders along mechanistic lines had spread and was not reversible. Enlightenment ideas spread beyond the borders of the Napoleonic empire; yet the most important legacy was not reason, which should unite humanity, but conflict theory, a result of Hobbes’ new politics of matter and motion. All nationalist movements in Europe, the Ottoman Empire, the British Empire, and beyond traced their lineage to Enlightenment thinkers, the new physics, and the crumbling of the static-Earth theory. The French Revolution signaled the beginning of the spread of these ideas which would eventually penetrate nearly every corner of the Earth.

Next week, we will explore the rise of industrial societies and the modern invention of bureaucracy, which would mechanize every aspect of human existence. Industrialization would bring with it new mechanistic theorists to whom we largely owe the violent political movements of the 20th century, including totalitarian and genocidal regimes.