The Crime of Barbarity II 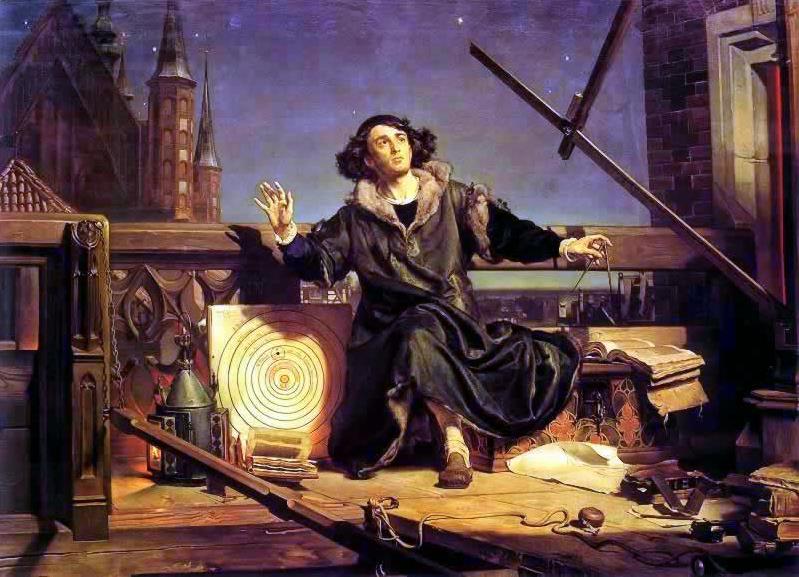 Our fundamental assumptions about human nature inform our views of the world. In terms of inter-group conflict these assumptions are all-pervasive and invisible. “Invisible” here is taken to mean that we not only accept that inter-ethnic, inter-religious, inter-class, and inter-national conflict exists, but that is legitimate and inevitable. The invisible is that which is not open to question; it is the paradigm under which all scholarship is conducted and limits the questions that are asked and what is considered possible. We accept that groups with competing interests exist and the benefit of one group always comes at the expense of another. Few people know that the dominance of this view of human nature, that conflict exists and is inevitable, was actually a consequence of one of mankind’s greatest achievements – one that began with the refutation of the Ptolemaic, earth-centered solar system.

Last week I spoke briefly of the invisibility and all-pervasiveness of scientific world-views. The idea that knowledge pursuits, particularly science, were shaped by paradigms which were all-encompassing was established by Thomas Kuhn in his ground-breaking 1962 treatise called The Structure of Scientific Revolutions. In it, the idea that science is merely an accumulation of accepted facts and theories was refuted, and the concept that science is actually a vocation of provisional knowledge based on evidence in dialogue with nature was substituted. Moreover, science has undergone periodic revolutions which have not only reformed human knowledge, but framed the questions asked about the universe.

The idea that conflict exists, is inevitable, and is the normal state of humanity was not always dominant. Aristotle’s universe, one that ruled among the world’s learned Westerners until the Copernican revolution in the 16th century, actually presumed humans were naturally good and the normal state of humanity was peace. Aristotle’s physics, metaphysics, and ethics formed a logically consistent system which was adopted by the Catholic Church largely thanks to St. Thomas Aquinas in the 13th century. It is, of course, not my intention to say that Aristotle did not recognize that conflict existed or was legitimate, but rather that when war and conflict did occur, it was an aberration – a crime against the natural state of humanity.

The static and peaceful nature of human beings was logically linked to Aristotle’s physics. In Aristotle, the universe is naturally at rest. When a stone is thrown, it returns to a state of rest because its natural state is rest. The earth itself does not move – it is always at rest, and in Ptolemy’s solar system, the Sun and planets rotate around the Earth at the center of the universe. Until the 16th century, any action of the heavenly bodies that seemed to contradict the earth-centered model was seen as anomalous, and in order to take into account problems like retrograde motion, the system became more and more complicated.

In the mid 16th century, Nicolaus Copernicus, a mathematician and astronomer, made a rather intuitive inverse assumption. Instead of assuming, as Aristotle did, that the earth was the center of the solar system, he assumed, without any direct evidence, that in fact the sun was in the center and the planets rotated around it. At first, this assumption did not provide any better prediction of heavenly activity, but in time, with the discoveries of Galileo and Kepler, the theory gained credibility and eventually, dominance.

The prime implication of this revolution in physics was the inverse assumption posited by Galileo; that the natural state of matter was not, in fact, rest, but motion. This assumption seemed counter-intuitive as any object that is thrown will always return to rest. Galileo, and later Isaac Newton, would assume that objects would in fact stay in motion unless some unseen force, later described as friction, acted upon the object.

The downfall of Aristotle’s physics of rest meant the collapse of a pillar of his logical system. If the natural state of matter was not rest, but motion, perhaps the natural state of human beings was not peace, but war. It was only a matter of time before political philosophers began to note that the crumbling of the Aristotelean world-view in science demanded a re-evaluation of his ethics and metaphysics. In next week’s blog, I will explore a leviathan of modern thought who observed the developments in science and argued that man’s natural state was not rest, not peace, but motion, conflict, and war – a state of natural human motion.