The Crime of Barbarity I 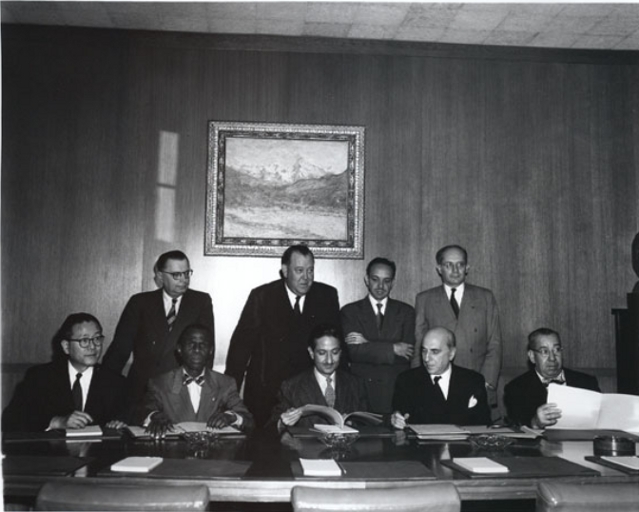 Nine years before the fate of European Jewry was sealed at Wannsee, Raphael Lemkin submitted to the League of Nations that what he called “the crime of barbarity” should be a breach of international law. Lemkin would later coin the word “genocide,” but much of what is implied by the term “barbarity” still rings true to most people. There is something animalistic, primitive, and barbaric about genocide – something base, of the Id, in the human capacity for evil.

Yet part of what made genocide unique and unprecedented was its industrial scale. Some element of human achievement, of organization, of the hyper-compartmentalized nature of the modern bureaucracy enabled genocide on an industrial scale inconceivable in the past. It is well-established that in Nazi Germany, even during initial phases of extermination, the actual act of killing innocent men, women, and children was done only by a small minority of men – and even then upper echelons began to raise concerns about the emotional impact of the killing on the killers, leading them to develop more detached means of affecting mass-extermination. Early extermination campaigns conducted with submachineguns were not befitting of a civilized race.

As Arendt argued, genocidal systems are not peopled solely by fanatics and sociopaths, but by men who simply accept the premise of the state. The bureaucratic nature of modern genocide means that most individual men perform some small function – the cataloguing of confiscated property, the guarding of trains, the issuing of identification and markings, and although all are integral to the crime of barbarity, the specialized functions are not in themselves barbaric – they are banal. The mass participation required of genocide need not mean the wholesale sacrifice of pretensions to civilization.

A large portion of my reseach into the development, structure, and evolution of childhood education in the Third Reich focused on the legitimate intellectual origins of National Socialist ideology. “Legitimate” here is not to be taken as “correct” but rather that the science and philosophy that preceded and precipitated the ideology of National Socialism was sourced from some of the most intellectually honest, brilliant, and gifted minds in Western civilization – renouned academics who could not forsee the perhaps inevitable consequences of the ideas they developed. All of the components of National Socialist ideology could be found in the modern and advanced welfare state of pre-Hitler Germany – in the universities of what was widely seen as one of the most developed nations in the world, the “land of poets and philosophers.”

The history of genocide is never told without the mention of influential men such as Darwin, Neitzche, Freud, Hegel, Marx, and Schopenhauer – men of science and academia, men detached from the crime of barbarity by a seemingly unbridgeable gulf. The origins of genocide are not barbaric. What I intend to show through the coming weeks is how the sciences, particularly the science of physics, interacted with modern Western philosophy to produce the paradigm that made genocide possible and under which we now live – one which is invisible and all-pervasive. The central thesis is that the rise of scientism following the discoveries of Galileo essentially supplanted the grounding of human social orders in morality with the foundation of society in mechanistic science, fragmenting morality among movements, ethnicities, and nations, and resulting in nihilism and conflict theory.