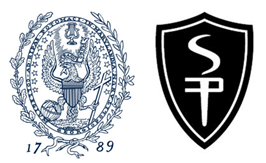 In early 2021, three graduate students – Alessandra Mooney, Allie Phillips, and Maddie Warman – from Georgetown’s Conflict Resolution MA program worked with the Sentinel Project to produce a framework for identifying what subnational factors make specific communities vulnerable to mass atrocities or targeted violence. The students presented their final deliverable, which was a community vulnerability scorecard, to the Sentinel Project in June 2021. Alessandra, Allie, and Maddie wrote this blog post to summarize the work they conducted with us throughout their placement. This scorecard is a part of the research we are conducting in order to develop the Sentinel Project’s future early warning mechanism.

Although there is a wealth of research on conflict and atrocity prevention at the state and international levels, there is a significant gap in the literature about atrocity prevention at the local level. To fill this gap, we conducted research to identify subnational factors that make communities vulnerable to atrocities with the goal of identifying factors that would indicate communities or regions within a state that are most likely to experience atrocities. After gathering resources, our team developed an extensive literature review in order to identify salient factors that constitute indicators of potential violence. We then operationalized them into a community vulnerability scorecard to be used by in-country teams to mitigate the risk of atrocities in the areas identified as most vulnerable. This blog post describes the results of our work and is ordered as follows. First, we describe the functionality of scorecards. Second, we explain our process for refining the variables. Third, we end with a brief discussion of the scorecard’s potential future use.

A Note About Scorecards

Scorecards can be used to collect and organize data for analysis by comparing different scores either for the same area over time or between different geographical areas. They are quantitative, using either a binary (yes/no or 1/0) or an open numbered system, in which a grade is applied for each indicator and compared to the scores of other places of evaluation. Specificity is extremely important in developing and implementing scorecards. This is because setting the parameters of an indicator, as well as what it looks like in practice, helps standardize responses and prevents subjectivity, thereby allowing different areas to be compared.

While determining the most significant elements to be included in the scorecard, our team took a number of key considerations into account. First, only subnational factors playing out at a local level- rather than national or regional factors – were included. The intention behind this choice was to address the lack of such an approach as well as to narrow the scope of the project. Given that early warning systems are generally conceived at the national scale, a more granular approach was identified as a productive new angle that could add significant value to the field. Second, the intended use of the scorecard is not to be a purely academic tool but instead to be operationalized in the field. Therefore, indicators must be meaningful to practitioners and utilized in a way that enables them to be observed without adding additional resource burdens or the need to scale up capacity. Additionally, the scorecard should not include so many indicators that it becomes overly complicated for those in the field to use or apply quickly. Finally, the scorecard is focused specifically on factors that can be used to assess a community’s vulnerability to atrocities rather than vulnerability to conflict more generally.

Our team relied on Scott Straus’s (2016) definition of mass atrocities as large-scale, systemic violence against civilian populations. Although there are many similarities between conflict prevention and atrocity prevention, there are also several notable differences. First, atrocities may still be prevented even in situations of ongoing conflict where conflict prevention efforts have failed. Second, one-third of all documented cases of mass atrocities since 1945 have happened during times of peace (Bellamy, 2011). He states, “Of 103 episodes of mass killing (defined as a minimum of 5,000 civilians killed intentionally) observed since 1945 (see Appendix 1), 69 cases (67%) occurred within, and 34 cases (33%) occurred outside, a context of armed conflict” (Bellamy, 2011, p.3).  Third, while resorting to armed violence may appear legitimate in certain contexts, such as self-defense or resisting oppressive rule, committing atrocities is never justifiable under international law.

In order to remain generalizable enough to be applied to a number of varying contexts, the indicators in the scorecard are not tailored to any specific populations. The scorecard utilizes five general categories – geographic considerations, potential perpetrator actions and capacity, group exclusion, potential tension points, and attitudes toward threatened groups – under which specific indicators are organized. The scorecard also includes a list of other potential indicators to consider. These did not have the same degree of theoretical grounding as those which were formally incorporated into the scorecard but they are nonetheless important to consider given their potential impact upon community vulnerability.

20 factors were ultimately included in the scorecard. These factors include, for example, scapegoating events targeting a specific group, changes in the restriction of movement, recent targeted violence against a vulnerable group, an increase in cross-border attacks, an increase in state presence, and measurements of contested resources and violence against women. All of the indicators are available in the Community Vulnerability Scorecard. While there are numerous factors to consider, each one in the scorecard is meant to help paint a picture of the dynamics in a given region or community in order to support the Sentinel Project’s assessment of the risk of atrocities, which will then ideally inform future prevention and mitigation actions.

This is an initial version of the Community Vulnerability Scorecard but we anticipate many further iterations of it as well as customization based upon specific country or community contexts. In general, it is meant to address a gap in atrocity prevention – where we know that a country is likely to experience atrocities, how can we conduct early warning in order to help specific vulnerable communities prevent or mitigate that violence at local levels?