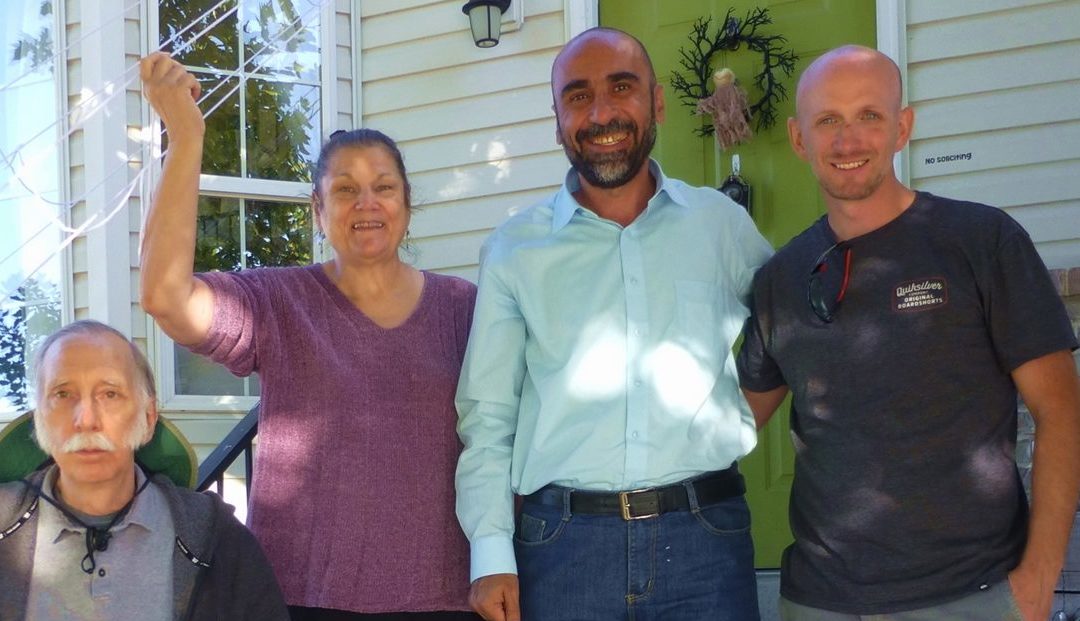 The Sentinel Project has long identified the serious persecution of the Bahá’í religious minority in Iran as a case of potential genocide. In fact, this one was of the very first situations of concern that our team declared after founding the organization. Unfortunately, the position of Bahá’ís in Iran has not improved over the years and members of the religion have begun to be severely persecuted elsewhere, notably in Yemen. The Bahá’í community is one of the most vilified religious groups in Yemen, where some people consider its religious and cultural practices  to be a “satanic sect.” Dr. Ewelina Ochab wrote for Forbes in 2018 that, “indeed, the entire Bahá’í community in Yemen may be facing the very serious risk of annihilation.”

One common form of harassment by the Houthi authorities in Yemen is the arbitrary imprisonment of Bahá’ís. Though, in an uncommonly positive development, they released six of these prisoners in July 2020.* We decided to take a closer look at this rare good news story with the following guest blog post by Karen Webb, who tells us about one of the Bahá’í prisoners who was released and who soon found himself exiled to Ethiopia. Although stories of persecution usually do not have any comforting prospects, this case highlights the perseverance, strength, and compassion of one person. It also reminds us that it is important to pay attention to the persecution of groups like the Bahá’ís and that it is critical for the international community to put pressure on those responsible.

It sounds Kafka-esque. People are rounded up in the middle of the night, hauled off to jail, and their possessions are rifled through and confiscated. Ultimately, they are charged with counts of espionage (typically, spying for Israel) and “corruption on earth.” They are denied legal counsel and tried and convicted on baseless evidence only to have the system play head games with them by scheduling appeals which are then delayed again and again. Their captors offer immediate release if only they will sign a document recanting their faith.

Yet, such was the story of a group of Bahá’ís whom I started calling the “Sanaa Six” when their story broke about four years ago. Matters became especially tense when one person was sentenced to death shortly after news of the imprisonment was released. Sanaa, the capital of Yemen, is held by the Houthi movement, which is supported by Iran, a country with a similar track record for persecuting Bahá’ís and other prisoners of conscience.

In March 2020, we were horrified to learn that this death sentence had been upheld. But then, just three days later, we learned that the head of the civilian government in Sanaa had not only commuted the death sentence but had ordered the six prisoners released. We rejoiced; this was a miracle! March ended. April came and went, as did May and June. Finally, in July we learned that all six prisoners had been released, only to be sent into immediate exile. One of them, Kayvan Ghaderi, ended up virtually on my doorstep, in Addis Ababa, Ethiopia, of all places, just as the school term started.

Kayvan spoke to a group of us about his experiences as part of a program for an important Bahá’í holy day in late October. Surprisingly, four years of imprisonment on trumped-up charges had not left him embittered. In fact, his demeanour was cheerful, his face radiant. “Jail over here is not what it is in Yemen,” he said. He indicated the meeting host’s 2-car garage. “Twenty of us shared a cell this size and one bathroom that took up part of that space. There were no windows, so we only got fresh air when they let us out into the prison yard every ten days or so.”

He knelt and measured out space the breadth of about two hands. “We had about this much space to sleep in, so I got used to sleeping on my side between two other prisoners.” His eyes crinkle with laughter. “The day we were released and shipped off to Addis Ababa, the human rights groups who were helping us put us up in a nice hotel, and I couldn’t sleep in this nice, spacious bed!”

Complicating matters was that Kayvan and another Bahá’í man were thrown into a cell with members of ISIS and Al-Qaeda. “Extremely devout Muslims would regard us as unclean and not eat from the same serving bowl or wash their dishes in the same sink. One of these guys was known to have beheaded four people and personally killed eleven others! Surprisingly, we made friends with about half of them, and the rest left us alone.”

Because the guards knew Kayvan and his friends were Bahá’ís, they noticed when a Bahá’í text made its way into Kayvan’s hands courtesy of his family and confiscated it. “Our families got very creative about getting our sacred texts to us. For instance, they were allowed to bring us cigarettes, which in Yemen come in packs of 40. So, they would copy entire scriptures in tiny writing on the inner liner of the cigarette packs and get them to us that way.” Kayvan and friends were repeatedly made offers of release or better treatment if they would just recant their faith, but they remained firm. “When I told my family about one of these attempts, they acted like they thought I was considering recanting. ‘No! No! Don’t do it!’ they said.” He narrates this with a laugh that they didn’t understand. This was the furthest thing from his mind.

“There’s a song, ‘This is My Life Now,’” he recalled, “and that was how I came to think of my imprisonment. And, of course, prayer sustained me, sustained all of us. But we have to remember, God is not Google. God answers in God’s own time.”

*The Houthi movement supports Yemen’s Zaidi Shia Muslim minority, and they control large parts of Yemen. Reuters reports that “The Iran-aligned Houthi movement ousted the internationally recognised Yemeni government from power in Sanaa in late 2014, after which a military coalition led by Saudi Arabia intervened to try to restore the government.”