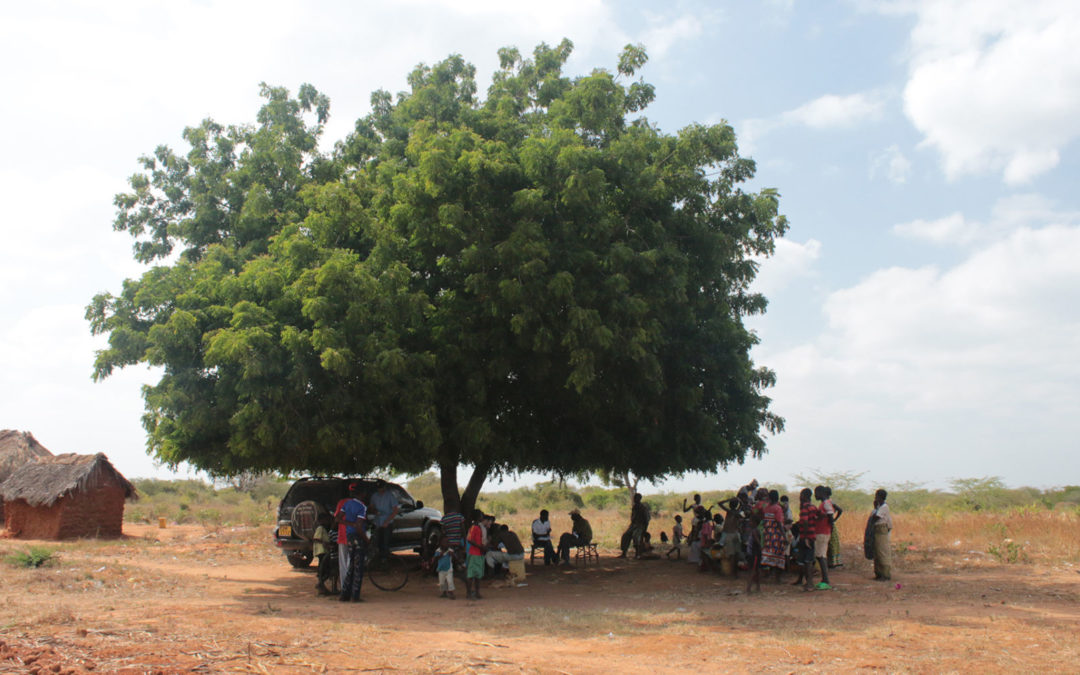 Mass atrocities such as genocide are not spontaneous events but rather planned, intentional actions, which means that they are also predictable and preventable. This basic premise is a foundational principle of the Sentinel Project’s mission as we seek to assist communities threatened by mass atrocities. Our executive director, Christopher Tuckwood, spoke about this topic last year while participating in Tufts University’s Institute for Global Leadership EPIIC International Symposium on Preventing Genocide and Mass Atrocities. Held in October 2020, Christopher joined Dr Simon Adams, executive director of the Global Centre for the Responsibility to Protect, and James Wahutu, assistant professor in the Media, Culture, and Communication program at New York University, on the panel “Genocide Does Not Happen by Accident: Early Warning, Prevention, Intervention.”

As we are now starting to look ahead and further develop the Sentinel Project’s own early warning capabilities, we’re also taking a moment to look back to the EPIIC panel and share some of its highlights. As the panel’s title highlights, the speakers focused on the idea that genocide and mass atrocities are predictable and preventable. However, they also discussed the fact that, while these are generally considered to be top-down, large-scale crimes committed by states, many non-state actors are often involved in perpetrating them, especially at the subnational level. Even in the case of large-scale, top-down campaigns, violent policies are still implemented at the local level. Indeed, a major challenge in the mass atrocity prevention field is the fact that the vast majority of attention is given to predicting and preventing violence at the state level over relatively long time frames.

The state-level approach often fails to capture the local and nuanced indicators of mass atrocities. For example, it is common to see risk assessments that identify what countries are likely to experience mass atrocities over the coming years. It is far less common to see risk assessments looking at the likelihood of atrocities being committed in subnational regions like states, provinces, cities, or even villages over the course of months, weeks, or even days. This is an unfortunate gap since there is much that can be done at the local level to prevent violence or at least mitigate it if it does happen.

Localized early warning systems: Where we fit in

“A lot of cases of genocide and mass atrocities are, of course, committed by state perpetrators so you can’t ignore the national level,” Christopher noted during the panel. Nonetheless, as he then explained about the Sentinel Project, “When it comes to both early warning systems and some sort of response – so let’s say prevention and mitigation – we really focus on the local level, which I think sets us apart from a lot of other organizations.”

The panel’s conversation points to the urgent need for a focus on more proximate causes of violence, which in turn can inform the identification of early warning indicators. This is a critical aspect of why the Sentinel Project was created and where we expect the next stage of the organization’s development to lead. While other organizations make valuable contributions by doing things like maintaining watchlists of countries at high risk of mass atrocities, we strive to work at more local levels where individual people and communities can share otherwise inaccessible information and work towards prevention and mitigation measures in parallel with international, state-level efforts. In the worst-case scenario, when violence does happen, then this type of localized early warning system can help people to navigate dangerous situations more effectively.

Fortunately, while localized early warning has not received the attention that it deserves, the Sentinel Project’s knowledge, multinational team, and field experience mean that we are well placed to further develop this kind of capability, which we intend to be a major focus of our work throughout 2021 and beyond. This system can then complement the efforts of other organizations which look at the longer-term, state-level risk of mass atrocities. Those high-level risk assessments can help to identify countries at risk so that the Sentinel Project can then decide where to focus our localized efforts.

This work is a logical progression from our current misinformation management efforts. Years of experience have shown that harmful rumours and misinformation circulating among conflict-affected communities often contribute to further instability by encouraging an atmosphere of distrust, fear, and hatred that enables violence. When rumours include allegations of current or impending threats, they can become self-fulfilling prophecies and trigger violence. This experience has taught us that there is a lot of valuable information available at the local level which makes it possible to do very granular early warning and prevention. At the same time, it has also revealed the existence of localized information gaps since many people on the ground may not have equal access to the information they need to de-escalate situations and prevent or avoid violence. Rumours are just one of several possible types of early warning indicators but the Sentinel Project’s general approach of localized, technologically-enabled engagement with local communities to maintain a two-way flow of information shows the great potential to do much more with this kind of approach.