The Violent Path from Systemic Racism to Genocide 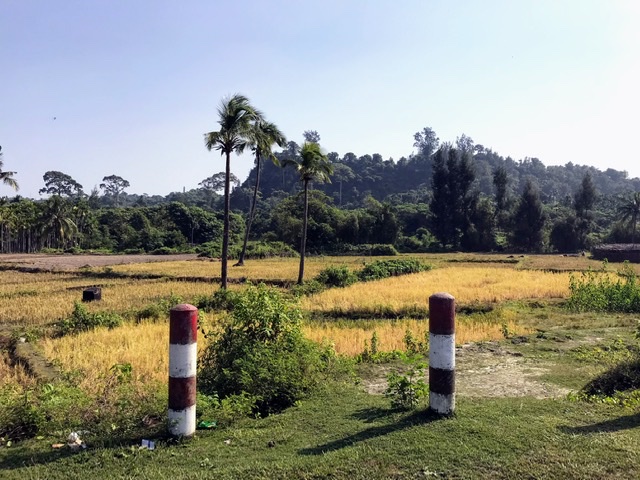 The recent killings of Ahmaud Arbery, Breonna Taylor, and George Floyd in the United States have catapulted the Black Lives Matter (BLM) movement back to international prominence. BLM is calling attention to the persistence of systemic anti-Black racism in the United States, a critical human rights injustice that is made all the more glaring by the racially-differentiated death rates and socioeconomic impact of COVID-19 on Black and other racialized people. However, systemic racism is not unique to the United States and actually has a long history throughout the world, sometimes leading to extreme outcomes such as genocide. While this article’s purpose is not to argue that there is currently a high risk of genocide in the United States, the issue of systemic racism does highlight why, in addition to addressing such injustices for their own sake, it is important to understand their even more dangerous potential outcomes. Discussing systemic racism, therefore, has a natural link with the Sentinel Project’s mission to prevent mass atrocities.

The term systemic racism highlights how racism is not only about a person’s attitude; it is not only an isolated malicious, hateful viewpoint held by any individual person. Explicit prejudice, bias, and hate can be manifestations of systemic racism but it works chiefly at a societal – or systemic – level. Systemic racism pervades seemingly neutral policies, laws, and cultural practices that provide differential access to goods, services, and opportunities according to a hierarchy of race. Systemic racism affects one’s chances starting from birth and impacting the experiences within the home and with education, job opportunities, health, and any other aspect of life. It is baked into the social, economic, and cultural fabric of our societies and impacts the very way that society is structured, by oppressing Black and other racialized people, while privileging non-Black others. Systemic racism is often covert, subtle, subliminal, and hidden, making it all the more pernicious and tenacious. Although those who experience the effects of systemic racism can very much name its existence and violence, those who are privileged often do not recognize it or may even willfully deny their advantageous position within the system.

Systemic racism is closely linked to, and can be followed by or lead to, genocide. Indeed, the Committee on the Elimination of Racial Discrimination, which is a part of the Office of the United Nation High Commissioner for Human Rights, recognizes that laws, policies, and practices that display systemic discrimination based on race, colour, descent, or national or ethnic origin may potentially result in violent conflict and genocide. In 2005, the Committee adopted a declaration on the prevention of genocide and later identified indicators for patterns of systemic and massive racial discrimination. Some of the indicators which relate to discrimination include:

As these examples of indicators show, patterns of discrimination can lead to large-scale atrocities and crimes against humanity such as genocide. A well-known historical example of systemic marginalization leading to genocide is the 1994 genocide of Tutsi people in Rwanda (Destexhe, 1995; Prunier, 1994; Roozen & Shulman, 2014). Gérard Prunier (1994) argues that a “cultural mythology” regarding Hutus and Tutsis, originally developed and deployed by Rwanda’s German and Belgian colonizers, eventually spurred the genocide in 1994. He writes that although these groups existed prior to European colonization, it was the introduction of a racial ideology based on a hierarchy, with Tutsis being portrayed as socially and physically superior to Hutus, that fed into the essentialization of identity (Prunier, 1994). There are more contemporary examples of this type of systemic discrimination leading to violence.

Rohingya people in Myanmar have long been marginalized by widespread, systematic violations by the government and the link between systemic racism and genocide is clear. As the Independent International Fact-finding Mission on Myanmar (IIFFMM) report (2018) commissioned by the United Nations Human Rights Council  states,

The extreme vulnerability of the Rohingya is a consequence of State policies and practices implemented over decades, steadily marginalizing them. The result is a continuing situation of severe, systemic and institutionalized oppression from birth to death.

The slow, systematic, multidimensional character of discriminatory policies against Rohingya people, planned over sixty years of military dictatorship, paved the way for genocide to occur. In the decades following independence from British colonial rule in the 1960s, scholars and activists have documented the “slow-burning” genocide of Rohingya people (Zarni & Cowley, 2014). In 1974, the military dictatorship ratified the Emergency Immigration Act, which gives the government the authority to remove the national registration certificates of Rohingyas, replacing them with foreign registration cards (Cheung, 2012). In 1977-78, the government launched a sweeping campaign against Rohingya people, first with the intent to expel them and then later to erase their group identity (Zarni & Cowley, 2014). In that year, the military junta launched Operation Dragon King with the purpose of “designating citizens and foreigners who have filtered into the country illegally” (Zarni & Cowley, 2014, p. 95). Under the pretext of a national census, all citizens were required to register themselves; however, Rohingya people were made ineligible from the outset (Zarni & Cowley, 2014). A particular catalyst for systemic discrimination and eventual genocide was the introduction of the 1982 Citizenship Law, which stripped Rohingyas of their Myanmar citizenship. This law outlines a list of 135 ethnic minorities who are eligible for full citizenship; Rohingya are not recognized as one of those groups (Zarni & Cowley, 2014).

The official justification for why Rohingya are not granted minority rights and citizenship is their contested historical origin. The Burmese government’s position maintains that Rohingya are originally from Bangladesh and migrated to Myanmar during the British colonial period. In reality, the reason for their exclusion is that the military government “views their South Asian ethnicity and Muslim religion as contrary to Burmese cultural identity” (Wipperman & Haque, 2007 in Palmer, 2011, p. 100). Beyond taking away their legal status in the country, the 1982 Citizenship Law also legitimized discriminatory treatment and extreme measures of persecution against Rohingyas (Zarni & Cowley, 2014). Restrictions on travel, marriage, and access to healthcare and education were meant to further impoverish the population and leave them even more vulnerable to systematic exploitation, human rights abuses, and the impunity granted to those who oppose their presence in Myanmar (Zarni & Cowley, 2014). Zarni and Cowley (2014) write that, over time, “the State and the predominantly Buddhist society have collaborated with the intent to deindigenize, illegalize, dehumanize and destroy a people whose ancestral home is in Myanmar” (p. 67).

Years of systematic persecution made it easier for state-led violence to be committed against the Rohingya community by weakening them as a group. Although state-led genocide against Rohingyas has been occurring since the 1960s (Zarni & Cowley, 2014), the violence culminated in August 2017. It was an eventual deterioration of the Rohingya community’s status and security that led to waves of mass exoduses, most recently in 2017, which have created the world’s largest refugee camp in Bangladesh. As the International Fact-finding Mission on Myanmar 2018 report states, “What happened on 25 August 2017 and the following days and weeks was the realization of a disaster long in the making. It was the result of the systemic oppression of the Rohingya, the violence of 2012, and the Government’s actions and omissions since then. It caused the disintegration of a community” (p.8).

As the Sentinel Project’s work shows, early warning systems can support the prevention of genocide and mass atrocities. An important step towards accomplishing this is to understand systemic racism, and how it can lead, along with other conditions, to serious violence against persecuted groups. This understanding enables us to better address the root causes of genocide.