Finding the Truth During Conflict – Rumour Verification in Practice 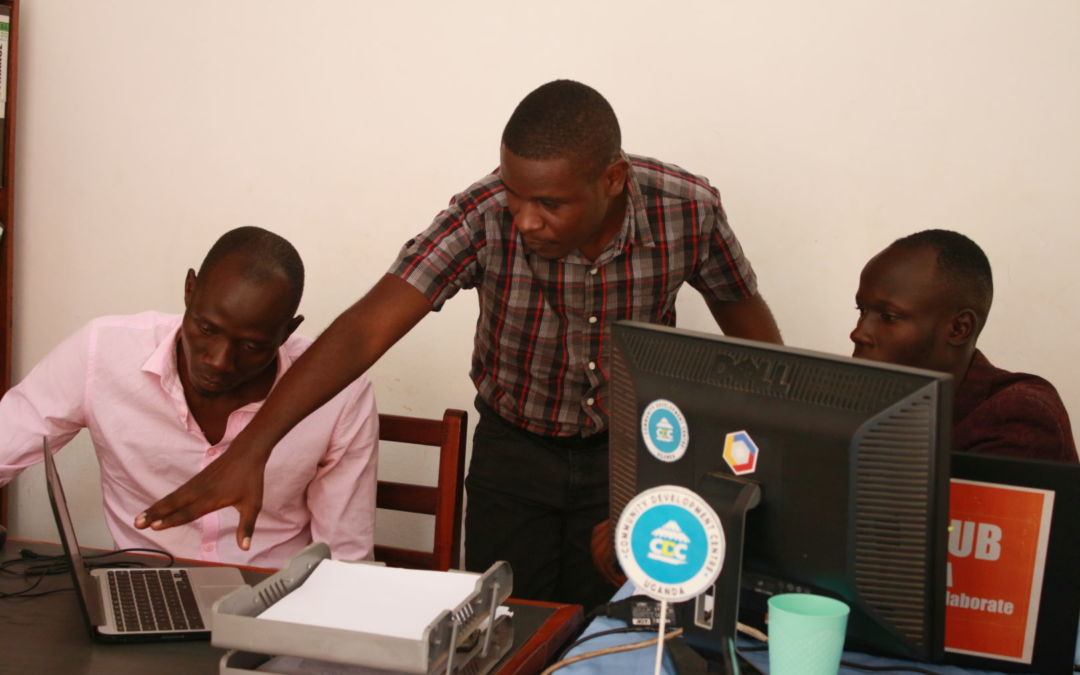 Anyone who has followed the Sentinel Project’s work in recent years will know that we’ve focused a lot on misinformation management in our efforts to prevent and mitigate atrocities. As our team has taken the model developed in Kenya and replicated it together with local partners in other countries, our project mottos often play on the theme of “Peace begins with the truth.” That focus on the truth comes from the recognition that harmful rumours and misinformation have the potential to drive the distrust, fear, and hatred that enable violent conflict and atrocities. With so much focus on the importance of establishing facts, people often ask how our team is able to figure out what the truth actually is in challenging environments in places like the Democratic Republic of the Congo, Uganda, and South Sudan. This blog post outlines what our verification process looks like.

The overall misinformation management process follows three stages – monitoring, verification, and counter messaging. The first stage, monitoring, focuses a lot on crowdsourcing to gather rumour reports from members of the general public through channels like SMS, voice calls, social media, and volunteer proxies. The second stage, verification, is covered in detail below. The third stage, counter messaging, focuses on returning verified information and other relevant details back to beneficiary communities through the same channels used for monitoring. This can also be used for localized early warning and public alert purposes during ongoing crises, which also relies a lot on having access to reliable information.

So, how does our team investigate and verify individual rumours? There are three main elements to this work, which we’ve outlined here.

(1) Trusted stakeholders network – It is critical in every deployment to establish a network of trusted sources by building information-sharing relationships with key stakeholders. To guide this process, our team completes an information verification matrix (IVM) which organizes sources by subject matter expertise and geographical coverage. This exercise, which is repeated periodically in order to update the IVM and maintain it as a living document, helps to identify gaps in our network and to give team members a quick reference point for people who can help us to verify individual rumours. We aim to engage a wide variety of sources from civil society, local media outlets, international NGOs, UN agencies, government officials, local leaders, our own volunteers, and others. They are also periodically evaluated based on their credibility.

(2) Consulting multiple sources – Our team always strives to consult multiple sources when drawing upon the trusted stakeholders network in order to mitigate bias, gain multiple perspectives, and gather as much information as possible. It’s important to note that bias does not need to be conscious and our efforts to mitigate it do not mean that we suspect sources of intentionally providing misleading information. This practice simply acknowledges that different parties may have access to very different types of information as well as different perspectives on a given rumour or incident. For example, a community leader, humanitarian worker, and government security official are all likely to know and think different things about a case of intercommunal conflict. Acknowledging this difference improves our own analysis as we seek to establish the facts.

(3) Exercising judgement – Of course, the information gathered from even the most trusted of sources may not always enable a clear-cut determination of whether a given rumour is true or false. In the case of conflicting evidence, our team may need to exercise some judgement and make a determination that a given rumour falls somewhere between the “confirmed true” and “confirmed false” ends of the spectrum. This is why our model provides room for assigning other statuses such as “probably true” and “probably false.” In such cases, our team members consider factors like plausibility and precedent when they are making determinations. Ambiguous cases also require engaging stakeholders in the counter messaging stage that follows verification since they can better deliver more nuanced responses to beneficiaries.

The following fictional scenario illustrates how these elements can work in practice while also demonstrating the challenges of verifying rumours under difficult conditions. The outcome of this particular example has intentionally been kept vague in order to illustrate the importance of exercising human judgement. As always, we welcome feedback and ideas for how to improve our work.

Situation: Sentinel Project team members receive several messages from people in Village A reporting a rumour that a non-state armed group is operating in the vicinity of Village B and is planning an attack.

Identifying trusted stakeholders: Upon receiving these reports, our team consults the IVM and sees pre-existing relationships with three key parties – the area chief for Village B, an international development NGO working in the area, and a government security official (the government is assumed to be a positive actor in this case and not a party to any local conflict).

Consulting multiple sources: Our team learns the following details from the trusted stakeholders.

(1) Area chief – Local residents have spotted armed men walking through the bushes but don’t know who they are. This has raised tensions between residents of Village B and neighbouring communities from a different ethnic group.

(2) NGO – Staff members say that they don’t know anything about current armed group activity in the area but had an incident several months ago in which one of their vehicles was shot at while driving in the area. One staff member also recently received death threats demanding the NGO’s withdrawal.

(3) Security official – There is no information on impending attacks around Village B specifically but new security guidance indicates a heightened alert for armed group activity in the entire region.

Exercising judgement: Based on this information, our team would not be able to say with certainty that reports of an armed group operating near Village B are definitely true or false. With regard to the aspect about an armed group planning an attack, future-oriented rumours are always fundamentally unverifiable since the future cannot be predicted. However, such reports are still valuable for warning purposes. In this case, the team would exercise its judgement and assign the rumour the status of “impossible to verify but probably true” based on the sightings of armed men, recent threats against the NGO, and the government’s heightened security alert. However, this would come with the caveat that the part of the rumour about an impending attack is simply impossible to verify. This has effectively been treated as two separate (but related) rumours in one.

Response: The Sentinel Project team then consults with stakeholders such as community volunteers, local leaders, and government authorities on the best way to respond to this rumour while avoiding the possibility of unnecessarily increasing public fears. It is collaboratively decided to do the following three things.

(1) Mass messaging – The team broadcasts a text message to people in Villages A and B saying that there is a strong possibility of armed group activity but no evidence of an impending attack. They are requested to remain calm but vigilant, avoid spreading rumours, and to report anything that they see or hear.

(2) In-person engagement – Local leaders call meetings to deliver a more detailed and nuanced message emphasizing what was already shared in the text message broadcast to subscribers. This ensures that people outside of the system (e.g. those without mobile phones) also receive the message and that everyone has an opportunity to ask questions.

(3) Advocating for government action – The team follows up with security officials responsible for the local area in order to ensure that they are aware of community concerns, are considering increased patrols to ensure civilian security, and to solicit any further information that they want to be communicated to the public. Providing a bridge between mutually distrustful government authorities and citizens can be a critical part of this work.