A New Phase For Peaceful Truth 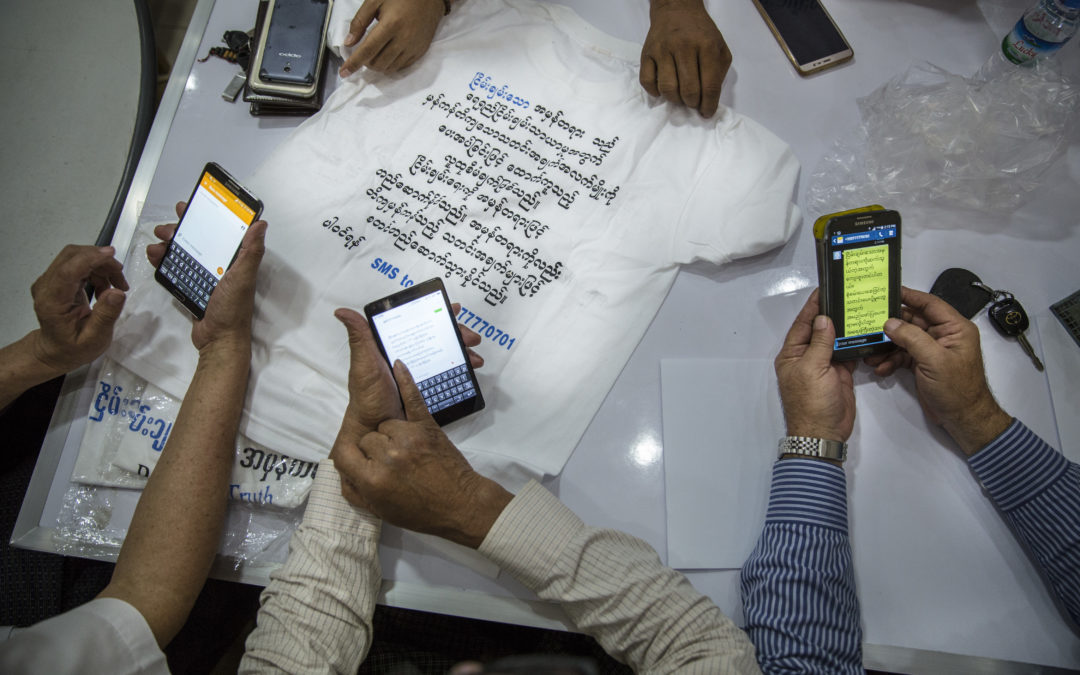 The Sentinel Project currently operates Peaceful Truth (www.peacefultruth.org), which is an action-research initiative in Mandalay, Myanmar focused on misinformation management and funded by the International Development Research Centre. Peaceful Truth currently strives to counter misinformation through a messaging system with which individual members of the public can engage and will begin to fully engage with the producers of media content, which has the potential to benefit a much larger audience.

Myanmar’s media and information landscape has changed rapidly since the country recently began to emerge from years of repressive rule, which has involved increasing democratization as well as openness to foreign investment. Burmese civil society has struggled during the country’s attempt to rapidly catch up with regional neighbours in terms of telecommunications infrastructure and citizen access to the internet due to a lack of foundational concepts and capacity that typically arise with more gradual development. This has resulted in an environment where information and communications technologies (ICTs) have become so widely and rapidly available that they have outpaced the establishment of practices, protocols, and procedures as well as general citizen digital literacy which would normally guide productive contributions to a variety of fields including human rights, media, communications, and citizen-government interaction. The absence of such structures and norms introduces digital risks since there are no guiding principles, techniques, and systems to maximize the impact of civil society objectives and rein in the harmful proliferation of misinformation which otherwise fills the void left by the lack of civil society engagement in media.

This new phase will significantly strengthen our current efforts and expand the project’s impact by building a network of small, medium and large media organizations which can collaborate to monitor, verify, and counter the spread of misinformation to larger audiences which they may not otherwise be able to reach through their individual efforts. This network will be coordinated through the Peaceful Truth system and its creation will coincide with media capacity building training workshops for members of the network. The capacities built in this way will enhance the ability of civil society organizations to thrive in new digital media, maximize their reach and impact with target audiences, and rapidly disseminate information relevant to local communities. This will encourage greater social stability and civic engagement by reducing the prevalence of misinformation, thereby increasing citizen access to reliable information which is necessary for effective decision making at both the individual and communal levels.

The overall goal of this next phase is to reduce the harmful influence of misinformation in Burmese society by building the capacity of Burmese organizations and individuals within the realm of new technologies, new media, and innovation while facilitating broader cooperation among media stakeholders in relation to this issue.