Rohingya Repatriation to Myanmar: A Cause for Concern 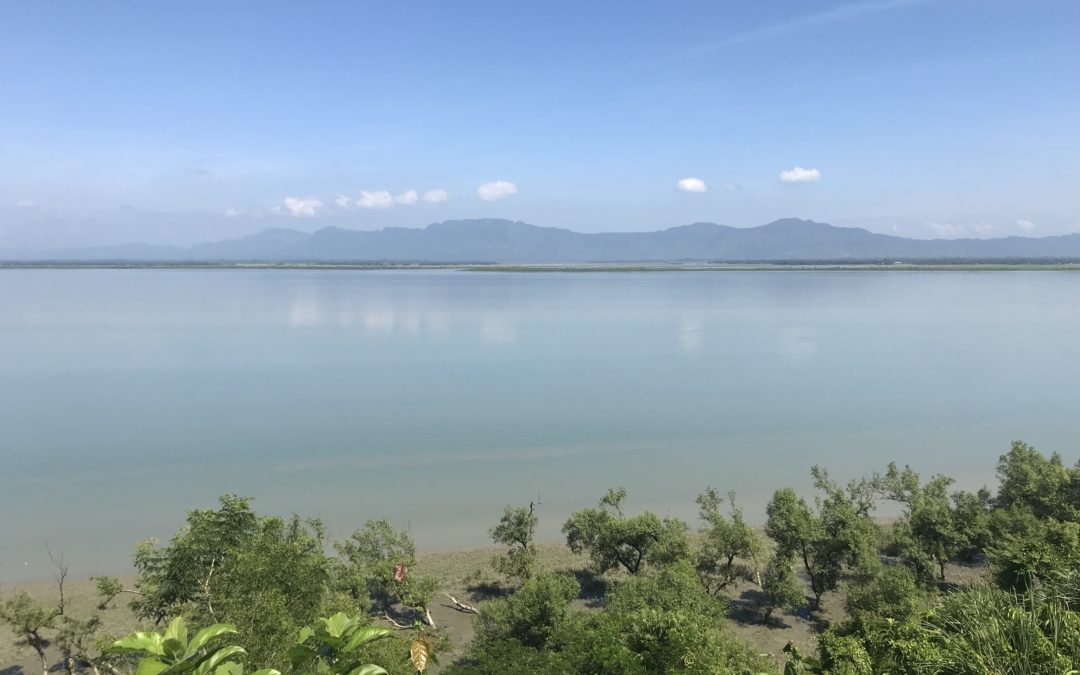 A photo of the Myanmar/Bangladesh border, separated by the Naf River

Over the past couple of months, criticisms have flared up over the role of the Association of Southeast Asian Nations (ASEAN) in repatriating Rohingya refugees from Bangladesh to Myanmar. In August 2019, ASEAN representatives joined a Myanmar government delegation which was visiting the refugee camps in Bangladesh with the goal of restarting repatriation talks with the Rohingya community. Myanmar and Bangladesh, with the cooperation of the United Nations High Commissioner for Refugees (UNHCR), planned to potentially start repatriating people as early as 22 August 2019, and they are currently surveying refugees to identify those who wish to return on a voluntary basis. This is the second recent attempt at Rohingya repatriation, with the first being in November 2018. This initial trial inspired a large protest with Rohingyas in the camps demanding justice and the restoration of their citizenship rights if return were to occur.

These actions compound the rejuvenated movement around the Memorandum of Understanding (MoU) coordinated between the UNHCR, the United Nations Development Programme (UNDP) and Myanmar’s Ministry of Labor, Immigration, and Population. As the Canadian Rohingya Development Initiative noted in May 2019, an extension was put in place for the MoU, which was originally drafted in spring 2018. The ostensible goal of the MoU is to create conducive conditions for voluntary and sustainable repatriation of Rohingya to Myanmar.

As discussions and plans for repatriation resurface, it is important to re-engage with the reasons why Rohingya refugees in Bangladesh are largely and vehemently opposed to this development, especially if framed in a manner similar to the ASEAN Emergency Response and Action Team’s (ERAT) “preliminary needs assessment.” A version of the report which was leaked in the lead-up to the 34th ASEAN Summit in Bangkok, Thailand (20-23 June 2019) sparked outrage among the Rohingya diaspora worldwide. There are several reasons for this opposition, which are outlined below.

(1) The report uses the term “Muslim” rather than “Rohingya”

Rohingya people have been resolute and vocal about their right to self-identify and use their preferred name for their ethnicity and community. The deliberate non-use of the identifier “Rohingya” in the report signals a lack of acknowledgment of this ethnic identity and demonstrates an alignment with the Myanmar state’s stance on Rohingya identity.

(2) Fighting is ongoing as the Myanmar military conducts counterinsurgency operations

Beyond the Rohingya crisis, there are conflicts in Rakhine State between the Myanmar army and other ethno-religious groups. Most notably, there have been recent increased clashes between the Arakan Army (AA) and the Myanmar military. Amnesty International, in a new extensive report, details the war crimes and other human rights violations committed by the Myanmar military as part of an operation against the AA over the past year. Since the ASEAN team has only conducted a preliminary feasibility assessment in certain locations, with evidence and unrepresentative testimony from a handful of people, safety for Rohingya people is far from guaranteed. In the report, ASEAN and Myanmar agreed that a comprehensive feasibility assessment is further required, though they continued to state that the assessment would occur following the repatriation of some people. However, repatriation should not be “tested out on some people” since safety and security must be guaranteed prior to departure.

The largest exodus of Rohingya people started two years ago after state-led and sponsored genocidal violence forced approximately 745,000 people into Bangladesh. The 2018 Independent International Fact-Finding Mission on Myanmar’s (IIFFMM) report concluded that Myanmar’s commander-in-chief, Senior General Min Aung Hlaing, and his top military leaders should be “investigated and prosecuted for genocide, crimes against humanity, and war crimes.” These amount to the most serious crimes under international law.

However, in stark contrast, the ASEAN report states, “it is evident that efforts have been made by the Government of Myanmar to facilitate a smooth repatriation process.” The sanitization and diminishment of the genocide (a fundamental reason why a repatriation process is necessary in the first place) in the ASEAN report are troubling. For example, it remains unclear what “relocation sites” refer to. The report outlines that,

“returnees are given three options with regard to their permanent relocation: a) if their original houses are still habitable, they can return immediately, b) returnees can move to relocation sites provided by the government if the houses are already rebuilt, and c) returnees can participate in cash for work programme to rebuild their houses in identified areas.”

Yet, as was mentioned in the media in 2017, the Minister for Social Development, Relief, and Resettlement, Win Myat Aye, had stated that “according to the law, burnt land becomes government-managed land.” Since the majority of Rohingya land and villages were deliberately burned, an urgent question remains about what and where they will actually be returning to.

Additionally, the ASEAN report commended Myanmar for increasing the presence of security forces in Rakhine State, underlining this point by citing the fact that community members reported feeling safer with the increased security presence. Unfortunately, as is clear in the IIFFMM report, military and state security forces are largely responsible for the 2017 violence against the Rohingya people and continue to be the perpetrators of the current violence against Arakanese / Rakhine people in the state. It is unclear whether or not most people, from all communities, feel safer with the increased security presence.

The ASEAN Report glosses over the complexities and social context of Rakhine state and Myanmar politics more broadly. As one Bangkok Post article emphasizes, the issues go much deeper than the logistics of repatriation. The author of a recent article notes that:

“To be successful they have to include a longer-term strategy to address underlying problems that have plagued Rakhine for decades. There are no quick fixes… The biggest mistake would be to assume that the problem is a ‘Rohingya crisis.’ While the Rohingya have borne the brunt of repressive policies and practices of successive military regimes, other ethnic groups also continue to suffer from the effects of divide-and-rule policies and from a lack of development that has turned their state into Myanmar’s poorest… Addressing only the return of Rohingya refugees, will not solve the underlying causes, it will entrench them.”

Recognition of this point and a genuine appreciation of how long-term reconciliation would occur between many different communal groups both serve to strengthen the validity of ASEAN’s proposal.

Repatriation is a top priority of the Rohingya diaspora. However, without consultation, without addressing the roots of the issues that caused the Rohingya refugee crisis in the first place (and violence against other ethnic minorities), without guaranteed safety and security, and without full-fledged citizenship, talks of repatriation should be off the table. Just yesterday, on 20 August 2019, 61 NGOs working in the region called on Bangladesh and Myanmar to engage with refugees on safe, voluntary returns. For these critical reasons, ASEAN and other organizations such as the UNDP and UNHCR must go further to truly represent the needs and wishes of Rohingya refugees. The continued lack of consultations with those who are impacted by these critical decisions undermines the legitimacy of these processes.