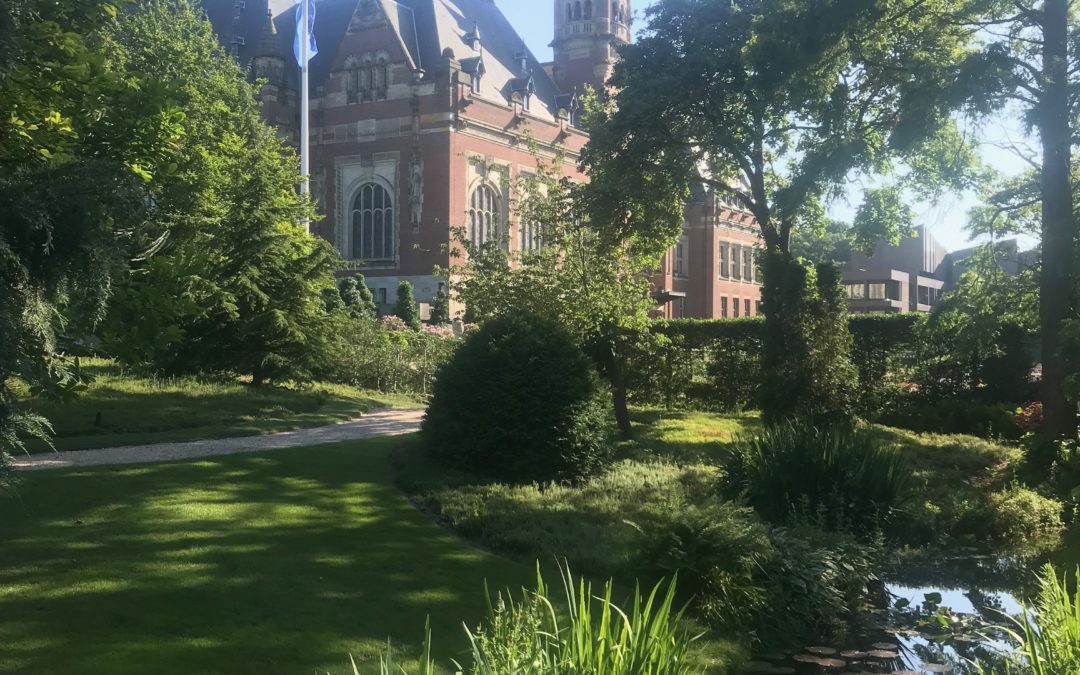 Addressing the seemingly intractable Rohingya genocide and the humanitarian crisis in Bangladesh requires looking at all possible international legal options. The continued (in)action of the Burmese government demonstrates that state officials are unwilling to bring the perpetrators to account. As international pressure mounts for Myanmar’s government to change its conduct, various countries and actors in the international system have started to consider various legal channels. This article articulates a few means of recourse that can be used to introduce a modicum of accountability.

The International Criminal Court (ICC) is located in The Hague, the Netherlands and it exists to institute legal proceedings against individuals for genocide, crimes against humanity, war crimes, and crimes of aggression. Since Myanmar is not a State Party to the Rome Statute (the treaty that led to the creation of the ICC), the ICC does not have jurisdiction with respect to crimes committed on Burmese soil. However, as a UN Member State, if the United Nations Security Council (UNSC) were to refer Myanmar to the ICC, then the state would be obliged to cooperate. Unfortunately, it is unlikely that the UNSC would vote on a referral to the ICC since China and Russia are also not State Parties to the Rome Statute and they consistently oppose the possible jurisdiction of the ICC over a non-State Party.

While the ICC’s jurisdiction applies only to crimes occurring within the sovereign territory of a State Party to the Rome Statute, and Myanmar is, therefore, unlikely to be affected, there may be a novel alternative. ICC prosecutors have been conducting a preliminary examination since September 2018 into crimes that are alleged to have been partially committed within Bangladesh. Bangladesh is a State Party to the Rome Statute and, according to the United Nations High Commissioner for Refugees (UNHCR), nearly 1,000,000 Rohingya have fled into Bangladesh from Myanmar. On 5 July 2019, the Presidency of the ICC created the Pre-Trial Chamber III after the ICC Prosecutor, Fatou Bensouda, notified judges that she will seek an authorization “to investigate alleged crimes within the Court’s jurisdiction in which at least one element occurred on the territory of the People’s Republic of Bangladesh… as well as any other crimes which are sufficiently linked to these events.” Those alleged crimes include the crime of deportation. Once Bensouda submits her request, the Judges of Pre-Trial Chamber III will decide whether or not to authorize the Prosecutor to open an investigation (ICC, 2019).

These are steps in a promising direction. However, as the international law experts John Packer and Payam Akhavan have noted, “The ICC has serious resource constraints, is notoriously slow, and could not arrest any Myanmar officials.” And, as Packer further states, “Accountability mustn’t be limited to trials of individuals. The Myanmar state itself can and must be held to account.” A verdict by the ICC might result in prosecuting some individuals, such as those named in the Independent International Fact-Finding Mission on Myanmar (IFFM) Report, but would not necessarily ascribe guilt to the Burmese state as a whole, and genocide is very much a state crime. Continued efforts should be made to refer the situation in Myanmar to the ICC. Unfortunately, it is an expensive and lengthy process with narrow reach, meaning that other legal options may be preferable or be pursued in tandem.

Located in Geneva, Switzerland, the UN Human Rights Council (UNHRC) is an intergovernmental body made up of 47 elected United Nations Member States which are collectively responsible for the promotion and protection of human rights. The UNHRC passed a resolution in September 2018 that includes the establishment of an evidence gathering mechanism called the Independent Investigative Mechanism for Myanmar (IIMM). The IIMM is responsible for preparing case files to “facilitate and expedite fair and independent criminal proceedings” for any future criminal prosecution in either a national or international court of law. In this case, the mechanism is mandated to “collect, consolidate, preserve and analyze evidence of the most serious international crimes and violations of international law committed in Myanmar since 2011.” UN Secretary-General António Guterres named Nicholas Koumjian of the United States as the head of this mechanism. This channel presents a means of collecting vital information for future trials. However, it is unclear which court will be used for the case, or if a dedicated tribunal will be set up for this express purpose.

The International Court of Justice

The International Court of Justice (ICJ) is the principal judicial organ of the UN and, like the ICC, is also located in The Hague, in the Peace Palace. The ICJ’s purpose is to settle international legal disputes between states and to give advisory opinions on legal issues referred to it by the UN. This channel is important in the case of Myanmar since Article 9 of the UN Genocide Convention confers jurisdiction on the ICJ to determine the responsibility of governments for the crime of genocide, including their failure to prevent or punish perpetrators.

Canada and Myanmar have both signed and ratified the Genocide Convention, which means that Canada could open a case against Myanmar. According to Packer and Akhavan, “Such a case would provide a unique and important platform for victims and witnesses to testify about these shocking atrocities, and for the court to issue an authoritative judgment against Myanmar. At the very least, exposing the truth in this way would increase pressure on Myanmar and perhaps achieve some measure of deterrence against ongoing atrocities.” They outline that directing the ICJ’s attention towards this case would place scrutiny on the government of Myanmar’s actions in multiple ways. First, it could afford the victims some degree of reparation and restitution. Second, it could also generate negative economic repercussions for the state as foreign investors would be cautious about doing business in a state that appears to be acting unlawfully.

Momentum has been growing in Canada for the government to take action through the ICJ. On 20 September 2018, members of Parliament from all political parties unanimously adopted a motion that endorsed the findings of the IFFM, which concluded that crimes against humanity have been committed against Rohingyas and other ethnic minorities in Myanmar. On 11 April 2019, Canadian Senator Marilou McPhedran introduced a motion in the Senate urging the Government of Canada to invoke the Genocide Convention and hold Myanmar to its obligations while seeking provisional measures and reparations for the Rohingya people. On 29 May 2019, the All-Party Parliamentary Group for the Prevention of Genocide and other Crimes Against Humanity called for Canada to initiate legal proceedings before the ICJ with regard to Myanmar’s breach of the Genocide Convention. On 25 June 2019, a letter co-signed by 34 senators and more than 100 human rights organizations and advocates was sent to Foreign Affairs Minister Chrystia Freeland urging Canada to initiate proceedings before the ICJ for breaching the Genocide Convention.

Other State Parties to the Genocide Convention, such as Bangladesh, could also use this channel. As Maung Zarni of the Free Rohingya Coalition emphasizes, if Bangladesh were to pursue a case against Myanmar at the ICJ then this could result in Myanmar paying reparations to Bangladesh for hosting the Rohingya refugee population. Bangladesh could make this demand independently through the ICJ, jointly with other State Parties, or jointly with other state-led initiatives. At the same time, Canada and Bangladesh are not alone in their potential to use the ICJ in addressing the situation in Myanmar. On 4 July 2019, the Dutch House of Representatives adopted a motion asking the Dutch government to commence legal proceedings against Myanmar before the ICJ for violating its obligations under the Genocide Convention.

While the ICC, UNHRC, and ICJ all present avenues for addressing the situation in Myanmar, other potentially influential legal channels have not been outlined here. For example, Myanmar has acceded to both the Convention on the Elimination of All Forms of Discrimination Against Women (CEDAW) and the Convention on the Rights of the Child (CRC) and it has also ratified the International Covenant on Economic, Social and, Cultural Rights (CESCR). All of these treaties may afford other opportunities for holding the Burmese government accountable since they protect human rights which have been violated in Myanmar.

Regardless of which legal avenues are pursued, the most important element for any of these options to succeed is political will. With the second anniversary of the Rohingya genocide approaching on 25 August 2019, it is critical that the pressure against Myanmar, from all possible angles, remains steadfast and resolute.