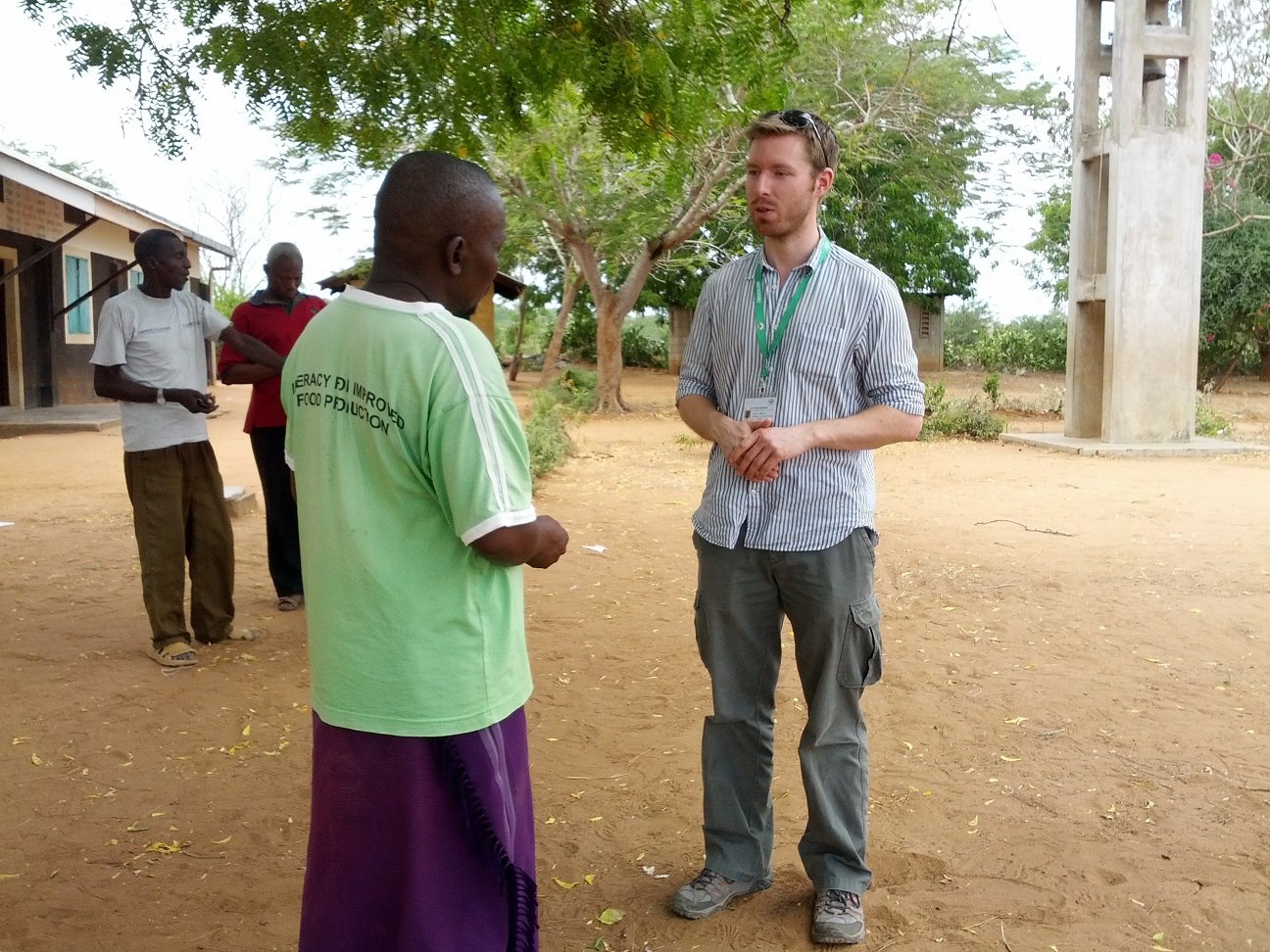 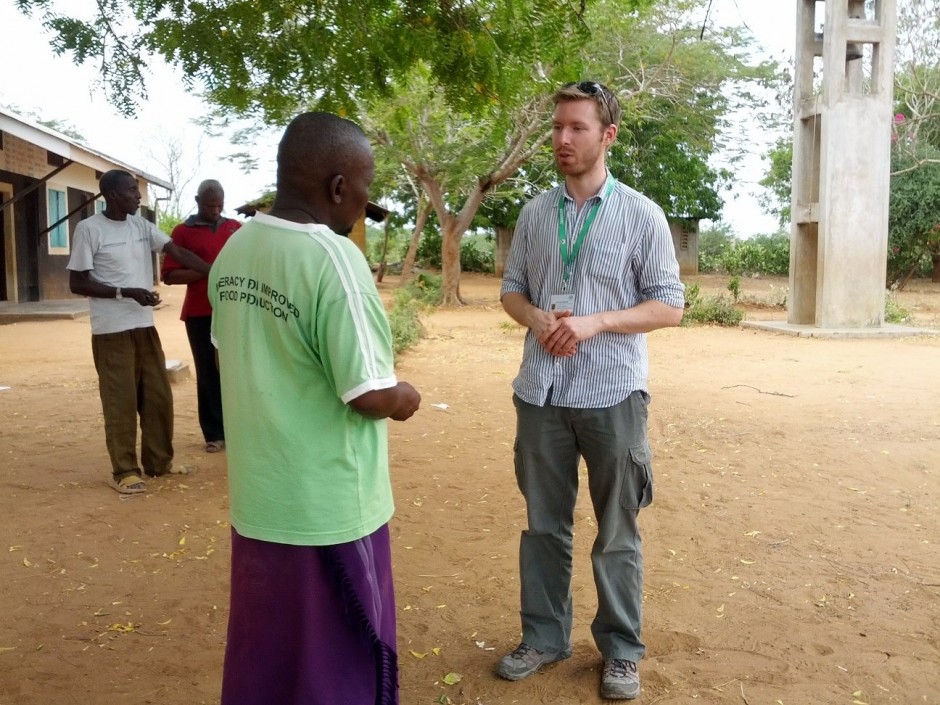 This year we celebrated the Sentinel Project’s tenth anniversary and this has inspired lots of both looking back and looking ahead. In this first instalment of a two-part interview, executive director Christopher Tuckwood reflects on the early days of Una Hakika and all of the challenges the project has overcome.

Looking back to that first trip to Tana Delta, how do you feel the community has benefited from the Una Hakika project? What do you think are its major achievements?

It’s been over five years now since the first time that I set foot in Tana Delta and a lot has changed there when it comes to peace and security. Of course, other people and organizations were working on these issues too so we can’t take full credit for the improvements, but Una Hakika has definitely played a big role. Back in those days there was a serious information deficit in the area, with people needing to rely largely on word-of-mouth and rumours to get information about most things happening outside of their own villages and immediate surroundings. There just wasn’t any other way since there was no local radio station and the internet was still used by only a minority of people. Even those who were online only had access to a couple of small and informal Facebook groups about Tana River County news and anyone could post there so there was no way to be sure the information was accurate anyway. You can see why rumours and misinformation could spread so easily in an environment like that, driving fear, distrust, and even hatred between tribes.

Now if we look at Tana today the information situation is totally different. Una Hakika has 10,000 direct subscribers between Tana River and neighbouring Lamu County, which have many interrelated issues, meaning these are people who can actively report rumours and incidents and receive verified information in return. We estimate an average household size in the area of 6.5 people so those subscribers indirectly represent over 60,000 beneficiaries and that has a ripple effect out to the rest of the area as people share Una Hakika updates further. We’ve conducted surveys that indicate local residents trust Una Hakika very highly, increasingly understand the dangers of sharing unverified information, and take actions to check facts. Looking across Tana, Lamu, and Nairobi, we’ve conducted 853 rumour investigations to date, with each one of those helping to calm tensions as people knew they could rely on Una Hakika to find the truth while residents refrained from sharing unverified information in the meantime. Also important has been Una Hakika’s role not just as a rumour verification service but as an early warning and public safety alert system during actual crises. Our ability to instantly send mass messages to so many people has been invaluable in situations ranging from natural disasters to terrorist attacks since Una Hakika could quickly notify citizens of dangerous areas to avoid and places where they would be safe, all while also helping local authorities to maintain better situational awareness.

What were the main obstacles to the project? How were they overcome?

This might be surprising to hear but in some ways setting up Una Hakika was easier than expected. In the very earliest days when we thought about going as foreigners to a conflict-affected, underdeveloped, insecure part of rural Kenya it seemed like there would probably be a lot of serious challenges, and that was just for the initial visit, let alone setting up a project. In actual fact, what we encountered was that almost everyone was really welcoming, whether they were average citizens, government officials, or anyone else in between. My theory on this is that what seemed like potential weaknesses – being an NGO and being foreign – actually brought us some automatic credibility and trust in a country where the government is really distrusted and especially in a part of the country that is very neglected. Over time, as Una Hakika really got going, I think we were able to build on that as people interacted more closely with the project and saw it in action. 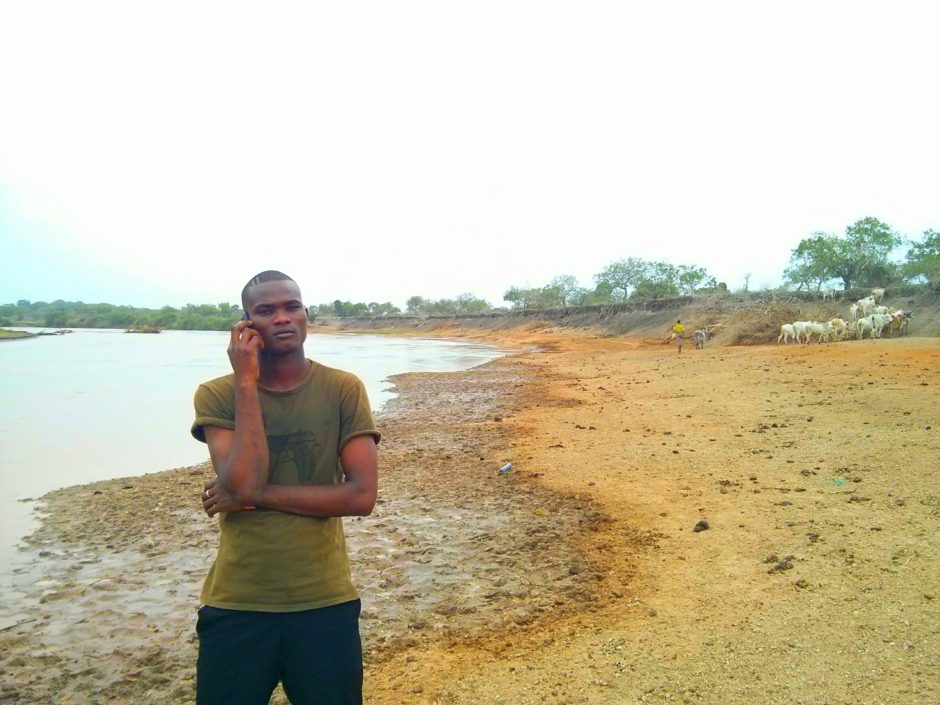 Of course, it wasn’t all easy. Probably the biggest challenge that we faced right at the beginning was that the concept of Una Hakika was so completely unlike any other development, humanitarian, or peacebuilding project that had been done in Tana River before. People were accustomed to seeing things like emergency food aid from the Red Cross or NGOs coming to build schools and hospitals or to drill wells for clean water but the idea of information as a form of aid or development was completely new. While a lot of people saw the value of Una Hakika right away, others were skeptical. Someone once told us about their community that “we can’t eat information” and I think that summed up a common attitude. Our response was that peace and development go hand in hand and you can’t have one without the other. To be blunt, if we come and build a school but then two years later it’s burned down in the course of another ethnic conflict, what was the point of building it in the first place? Other organizations are already experts in those things and were doing that work while the Sentinel Project would bring its own expertise to build peace and help to secure people and development. Over time, people really started to see this value of Una Hakika as they engaged with it.

Another challenge was building trust and maintaining neutrality. Running a system focused on dispelling rumours requires that people take seriously what we say. Una Hakika’s motto is “amani huanza na ukweli,” which means “peace begins with the truth.” We wouldn’t be very effective at building peace if people didn’t believe that we were telling the truth about a given rumour. We found that building trust went fairly smoothly with community members as we asked them to not just take our word for it that we could be trusted but to be patient and see how Una Hakika performed over time. A related challenge was maintaining neutrality since going into an ethnic conflict situation we needed to assure people that Una Hakika was there to serve everyone in a balanced way. We weren’t there to side with one tribe or to spy for the government. In terms of neutrality between tribes, we addressed this by having the full-time project coordinator come from another part of Kenya and then recruiting a large network of volunteers from across various tribes.

Maintaining neutrality between the government and the people was important too since I think some officials would have liked to turn Una Hakika into their own local intelligence service, getting information on who was spreading rumours and causing trouble. We had to be clear and firm that we were willing to share essential information but protecting the privacy of our subscribers was non-negotiable. Ultimately, they understood this and our neutrality actually ended up benefiting everyone more since Una Hakika could be a bridge between the people and the government. People often didn’t report crimes or security issues to the police due to distrust and fear of being falsely accused themselves. Even when citizens did report, the authorities often took no action due to having limited resources and not knowing whether reports were credible. However, when people reported to Una Hakika first, they were protected from potential police abuses and the authorities in turn took information passed through Una Hakika more seriously since they trusted our team to verify it first.