Tune into Tana: On the air with Amani FM 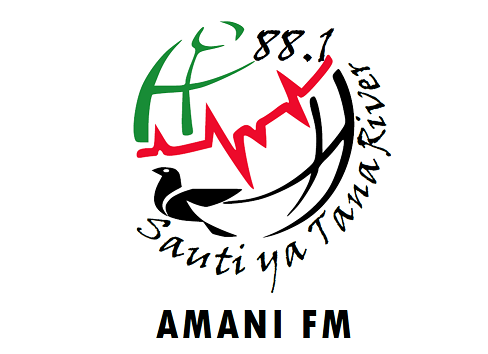 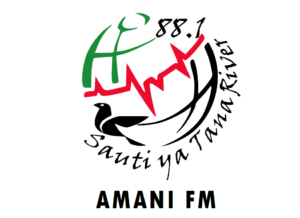 The Una Hakika rumour management system has long been a core part of the Sentinel Project’s work in Kenya. Seeing the negative effects of false information led us to create this mobile phone-based information service but also highlighted the need for other types of media in places like Tana Delta, where our work began. When we first started Una Hakika in 2014, one of our first steps was to conduct a survey about things like how people in the area received and shared information. The results showed a major information gap for local residents, especially at the level of nearby villages and the county, which seemed to result from a complete lack of local media. High levels of illiteracy and poverty combined with low levels of internet usage to make written media less than ideal and even radio, which is probably still the most influential form of media throughout Africa overall, was largely missing from Tana Delta, with the national broadcaster available but no local station to update residents on things happening around them (see pilot phase report for more details).

Fortunately, this situation started to change not long after Una Hakika began when the UK-based organization Health Communication Resources – which specializes in setting up community radio stations around the world – contacted our team to work together on setting up Tana Delta’s first radio station. Both teams recognized the complementary strengths of radio, with its broad reach, and SMS, with its interactivity and targeted messaging, to bridge the information gap in Tana Delta. After a long road, we finally launched Amani FM (“amani” means “peace” in Swahili) in late July of this year, with just weeks to spare before Kenya’s general election on August 8. Together, Amani FM, which is run by a team of local volunteers, and Una Hakika contributed to a peaceful election throughout Tana River County by keeping residents informed about relevant events, dispelling rumours, reminding everyone of the importance of peace, and encouraging patience as voters waited for the election results to be announced. A future blog post will go into more detail about what exactly we did during election time but this article looks back to the days when Amani FM was starting to go on the air, as explained by a few of the team members in their own words.

Kelvin is Amani FM’s founding station manager, having moved to Garsen, the station’s home, from Nairobi, where he operates Mtaani FM in Dagoretti. He describes himself as “passionate about media and especially youth media. We started Mtaani Radio officially in 2014 and then in 2015 I established a radio station in Ngong called Radio Domus serving all of Ngong and Kajiado County.”

Kelvin’s involvement with Amani FM will be temporary as he came in for the first six months to get the station running and train a local manager to ultimately take over. Reflecting on his experiences in Nairobi and why he wanted to work on Amani FM, Kelvin explained how “We realized that few people in the slums [of Nairobi] were watching television so the issue of radio came in and we realized that it’s a good way to reach many people. It’s a direct voice for the voiceless so that people can articulate their issues and advocate for real changes in their society. I was interested in coming to help establish Amani FM because the area has been affected by conflict. You find that issues of ethnicity are high here in this area. We hope to address those issues through the radio programs and also the volunteers who will work at the station and bridge the gap between these communities in Tana Delta.”

Tana Delta is very different from Nairobi but Kelvin went on to explain that “The good thing is that I’m new in this community and I find it interesting because the community here is very welcoming. It’s not that easy to go into a new place and make new friends and establish yourself. Here though I already feel at home and the people who want to be involved in the radio are more community minded. Once we bring them on board I believe that we can make a new Tana Delta.”

When thinking about the challenge of setting up a new radio station, Kelvin explained a bit about his responsibilities, saying about his job that “Definitely it is to manage the radio station and to build the team that will be running Amani FM. I also have to come up with an editorial policy, station policies, and be building up the station profile by doing the marketing while establishing the programming that will be aired. At the same time, working to make the station self-sustainable is essential.”

Looking ahead at the role that Amani FM can play in Tana Delta, Kelvin was sure to highlight that “With community radio it’s 90% community and 10% radio. This content can cut across the divides between all of the tribes living in Tana Delta with a focus on bridging the ethnic divide and creating a platform where both communities will feel like they are represented.”

Of course, a radio station is nothing without the people who go on the air every day and talk to the listeners in their community. Hancy is a good example of just such a member of the Amani FM team. As she describes herself, “I have the passion of working with Amani FM because I have a talent in me and I’m trying to work with that. I have been working with the community for almost five years and I especially want to help in the peace sector. I know that I have the ability to do so much.” 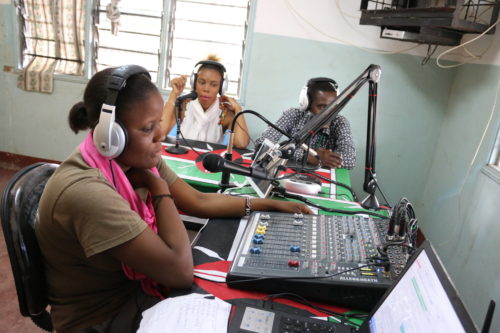 Looking back at the first week of training and getting some time on the air, Hancy says that “I liked the practical part, like going to the studio, and the theory even though it was tough. It helped me to know some new things, like how before you go to the community you need to know what the community needs. You need to know their problems and how they can be solved before you can go on the air and tell them how to fix it. For example, if you tell people to wash their hands to prevent cholera infections but they have no clean water then they can’t do it.”

Of course, those challenges can be overcome and Hancy explains that “Amani FM will help because it can be used to spread accurate news and reduce the level of tribalism. People will be able to get news at the county level, like what is happening in Hola [the county capital].” Hancy also proposed the idea of cultural programming, which “is good because a few years back we had a program where people came together for a talent show from Orma, Pokomo, Somali, and other ethnic groups but since then we have not had anything like that. We did it just as volunteers without money and the leaders said that it was good and we could do it every year but it hasn’t happened.” Now with Amani FM the station can bring people together for that kind of event and reach a much larger audience.

Thinking about the challenges that Amani FM is likely to face, Hancy highlighted the cultural differences between different tribes which make some more likely to participate than others, particularly in cases of more conservative cultures that might discourage women from working in the radio station. Hancy suggests taking a gradual approach since “I can say that working in a radio station is not something to be forced. You need to have that urge of working in that sector. If you tell someone to just come do this but he’s not talented or he’s not willing then it’s going to be bad. If you are willing to do it then you can do it perfectly. I have been talking to some people about the Amani FM training and they said that they don’t want to do that because they’re not talented or that they are shy.” Explaining an approach for recruiting people from minority ethnic groups, Hancy suggested that “We can go to the community and interview people and they will see that it is a good thing. Then maybe they will volunteer. Maybe we can also have programming on the radio just for them to show that Amani FM is something for everyone.” 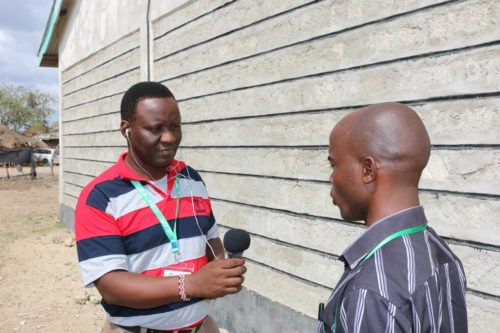 Philip is the principal of Maziwa Youth Polytechnic, the only educational institution in Tana Delta for youths to gain technical skills and develop self-employment opportunities. Explaining why he became involved with Amani FM as a member of the station’s board of directors, Philip said that “This is an opportunity to change the youths in Tana Delta. When it comes to issues to do with peacebuilding, the best places to get all of the various communities together are institutions, especially to keep the youth united for peace. Amani FM is a great way to do that and it will also contribute to economic development. Most students at our school are doing technical courses but when they go outside they have the skill and knowledge but they can’t implement it. With Amani FM we will have a voice to sell the idea that young people have these skills to offer.”

Reflecting upon the week of training that had just ended for Amani FM volunteers, Philip said that “My favourite thing was my realization that our voice can now be heard outside of here, which is very good. At the same time, the training was a good way to meet new people and new friends. I really enjoyed it, especially seeing young people come together to get trained on broadcasting.”

Philip is very confident in the positive role that Amani FM will play, explaining that “There will be a peacebuilding impact, especially during this election time but also after. It might not be a very easy task but over time Amani FM will bring the communities together to speak and realize the potential of addressing their challenges together. In Tana River we have realized that most of the information that pushes people apart is just rumours. For example, maybe someone comes from the side of Kipini and says they have killed five Pokomos. This will cause tension but maybe it’s just rumours and not reality. Then if you go to Kipini they will hear the same rumours about Garsen. Amani FM will be a voice to speak the truth. It will be a great way to find out the truth and give it to the community instead of rumours.”