Chasing Wind Part 2: The Potential of Drones for Peacebuilding 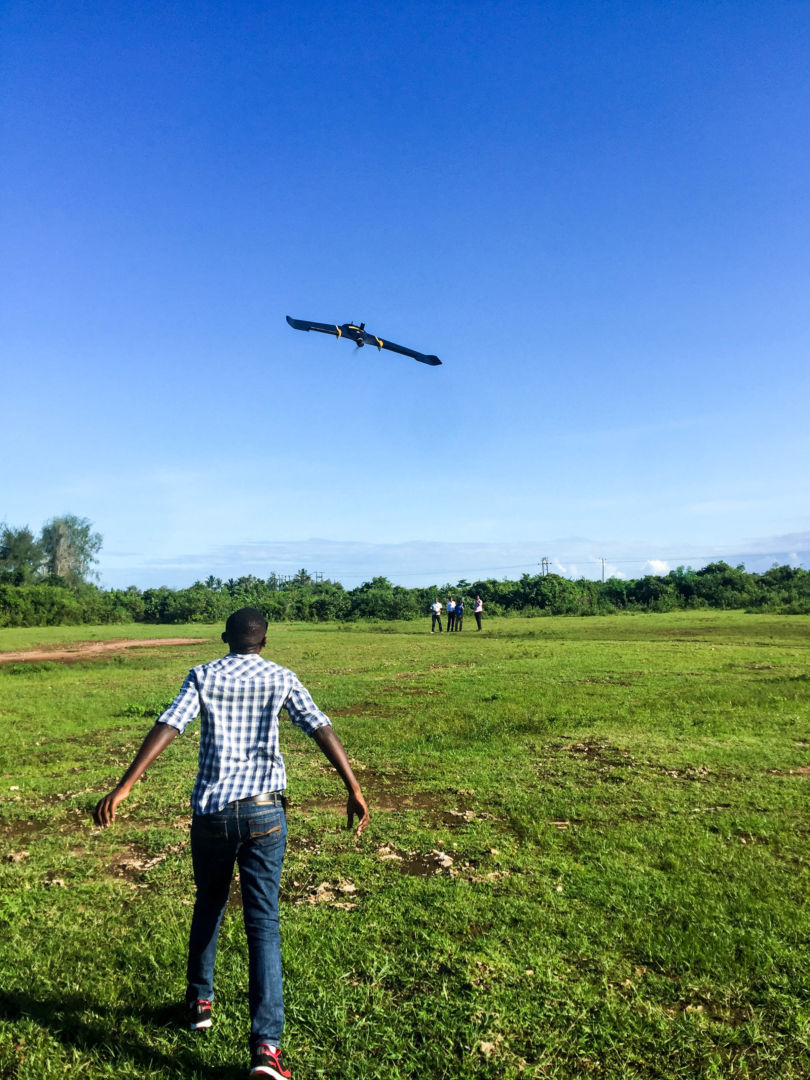 With all of this in our basket and realising the project’s limitations as a team, we started discussing ways to enhance the existing technology used in our work. This led us to realise the great potential in the use of unmanned aerial vehicles (UAVs or drones) to bolster the existing Una Hakika system, increasing its effectiveness by improving the speed of rumour verification while assisting local authorities and other organizations where needed.

I was fortunate enough to be selected out of many candidates from around the world to participate in the first-ever East African regional drone training, entitled “Drone Pilot Training for Social Good,” which was conducted by Tanzania Flying Labs in Zanzibar under the auspices of WeRobotics, an organization that trains communities on the use of drones for social good around the world. Together with me were individuals from other countries who had made significant moves in trying to exploit the potential of using drones in different fields like cargo delivery, land use mapping, and damage assessment after disasters. For example, some participants had come from Astral Aerial Solutions, the leading commercial company in the country looking to deploy UAVs in various Industries. They plan to expand their business by integrating the Flyox cargo drone, which can carry up to 2,000 kilograms of cargo and travel 1,200 kilometres. In this, case AAS aims to use their drone for humanitarian and e-commerce purposes.

The first day of the training focused on an introduction to mapping using drones, humanitarian drone deployment, different types of drones and sensors, aerial photogrammetry, and processing of aerial imagery. We also had an opportunity to learn hardware operations and safet 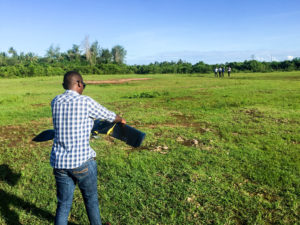 y checks, installing tablet and smartphone software and handling the DJI Phantom platform. This was later followed by fieldwork that entailed hands-on pilot training flying multicopters both manually and using their autonomous capabilities. 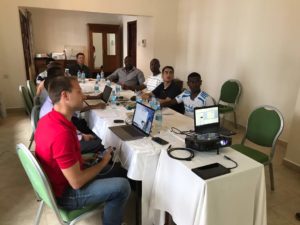 The third day of training turned our attention to data processing as we were introduced to specific software like PIX4D Mapper, the importation of datasets from both fixed-wing and rotary-wing drones, and working with processed data. Before heading out to the field for practical the experience of launching the senseFly eBee Plus we learned about basic weather and environmental considerations, the preflight drone checklist, planning a mapping mission, and care and management of equipment.

This hands-on course was a game-changing opportunity for me in my work. The comprehensive program covered a wide range of drone usage and exposed me to ideas on the use of fixed-wing and rotary-wing drones for a number of humanitarian and environmental projects. Participants were taught how to use this technology safely, responsibly, and effectively in socially-sensitive contexts, hence pushing me to a new and different height of understanding regarding drones and their potential. My mission was to come back home and implement on the ground in Kenya what I learned in class in Zanzibar and I am now confident that we can make a socially beneficial drone program a reality for Kenya starting in Tana River County.

Just as in many countries around the world, the concept of the use of drones is relatively new in Kenya, with no clear regulations and guidelines on their use, which has hindered the development of this growing field. Nonetheless, interest in new drone applications amongst both communities and organizations is steadily growing in the country. The Kenya Civil Aviation Authority recently announced that regulations and procedures for operating drones will be released soon raising our hope of getting clearance to implement this idea as a supplement to Una Hakika but with the potential to bring benefits even beyond misinformation management and early warning. The pilot project in Tana Delta will focus on three key areas:

A public opinion survey of the Tana Delta residents carried out by the Sentinel Project found that an overwhelming 93% of respondents are confident in the use of drones as a tool to enhance security measures and to curb the ongoing conflict-related problems that they continue to face. Local leaders and government officials have also lent their support to the project. We are now waiting hopefully for approvals from the Kenyan government to become one of the first organisations to deploy drones for peacebuilding and development efforts on the continent of Africa. This is certainly a challenging pursuit, but our communities have much to gain from it in the long run. Let’s make humanitarian drones happen together. 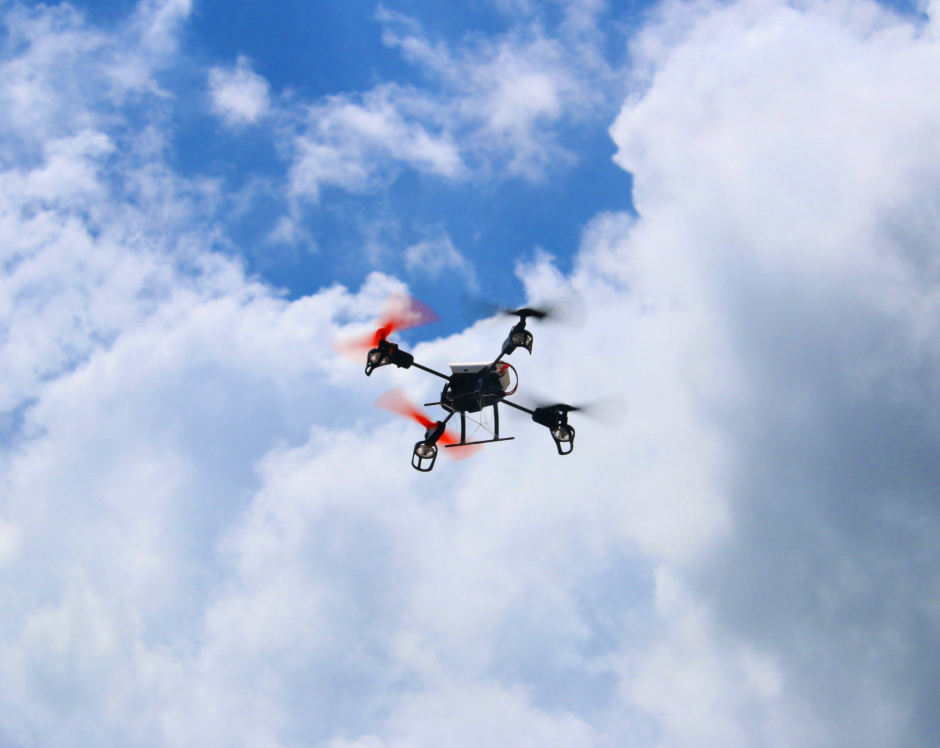