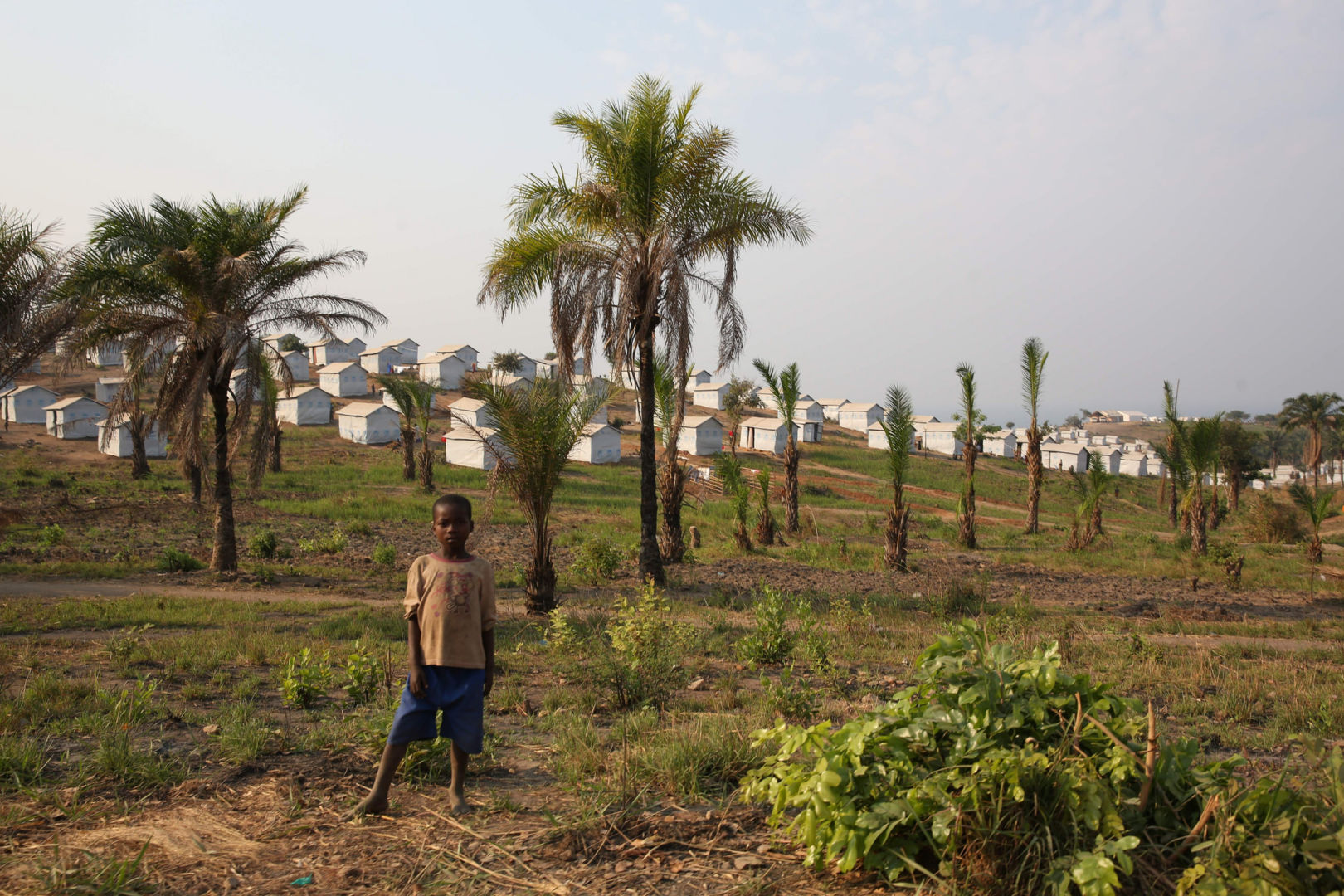 Eurosha is a European project launched to develop the techniques of Open Source Database and collaborative cartography for humanitarian purposes, using in particular the Open Street Map and Sahana tools. Sahana is a free database listing hospitals, shelters, organisations and associations, and humanitarian projects. This information is localised on maps coming from Open Street Map, a collaborative map at the global level, that everyone can access and modify. The Humanitarian OpenStreet Map Team is an initiative targeting situations of concern to ensure the good distribution of information in times of humanitarian crisis.

A team of volunteers was sent to Burundi in 2012 and 2013 from Europe to map the country because there were a lot of areas that were not precisely mapped. The volunteers accomplished several missions : they helped map the local, national and international actors, shared the information, trained the local actors to use open source data, imagery and field mapping, and initiated a dialogue between local and international actors for emergency situations. The volunteers worked in particular with people from the Association of Young People for Democratization of Informatics, so the project can keep going after they leave the country.

The question of refugees in Burundi being very important and being still hot, Eurosha made a partnership with the UNHCR (The United Nations High Commissioner for Refugees), the “Office National de Protection des Refugiés et Apatrides” (ONPRA), and the World Food Program. Several refugee camps were mapped, like the Gasorwe camp to help the international organisations and the local organisations in their missions if needed.

The main goal of the Eurosha program is to coordinate the work of national and international actors through the Open Database and the Open Street Map. Today the program is still coordinated by the Red Cross in Burundi.

Why can this program play an important role in Burundi today ?

After the independence from Belgium in 1962, the country was ruled for 30 years under Tutsi hegemony, under the single party “Union pour le Progrès National”, before being ruled by a Hutu.

In 1993, Ndadaye, the first democratically elected President was killed. Following this event, the country plunged through a civil conflict opposing mainly the Tutsi army and Hutu rebel groups, and lasted until 2005, resulting in the death of 300 000 people.

Under The Arusha agreement signed in 2000, the President can only be in power for two terms and has to arrange a power sharing between the two main ethnic groups in the country, the Tutsi and the Hutu, and this particularly in the military sector and the administration. The Burundian Constitution also includes ethnic quotas in the ruling of the country in order to avoid ethnic conflicts in the future. Following these requirements, the current government led by President Pierre Nkurunziza is ethnically mixed with Hutus representing 60% of the government and 40% for the Tutsis, even though the regime remains authoritarian, with murders of politicians and political activists on both sides. 1

The current President, the Hutu Pierre Nkurunziza, was elected in 2005 for the first time and was then re elected in 2010. At the time, the elections were already boycotted. Pierre Nkurunziza is a member of the CNDD-FDD (National Council for the Defence of Democracy – Forces for the Defence of Democracy), a former Hutu rebel group, showing that the spirit of the civil war and the ethnic cleavage is still very pervasive in Burundi’s current political life. Last year, a coalition between the CNDD-FDD and UPRONA, the main Tutsi party, fell apart following a failed attempt to rewrite the constitution, which triggered some political tensions in the country. On April, 25th, 2015, Nkurunziza announced his will to run for another mandate, although it is forbidden by the constitution and the Arusha agreement, arguing that for his first mandate he was elected by MPs and not by the people. Following this announcement, protests started in the country two days after on April 27th. On May 13th, Godefroid Niyombare, the Hutu former Head of the secret services, attempted a military coup. The participants in the coup d’Etat have now been arrested.2

The Independent National Electoral Commission had proposed to organize legislative elections on June 26th and the Presidential election on July 15th, but this proposal was rejected because of the will of the current president to run for another mandate. The situation needed to be resolved as quickly as possible because Nkurunziza’s term ended on August 9th and the recent elections permitted to avoid an institutional vacuum at the head of the country.

Beyond these protests and the political crisis that arose, the fear is that situation evolves into an ethnical conflict in this country where the majority is Hutu – around 85% of the 10.4 million population – and the minority is Tutsi.3 The predominant spots of contestation in the capital Bujumbura are mainly Tutsi areas. Burundi saw several ethnic massacres and the ethnic issue is rarely discussed in the public sphere, even if it is always in the background.

As a matter of fact, some unresolved grievances have remained since the civil conflict. Under the colonisation era, policies always favoured the Tutsi minority over the Hutu. During the 1970s, several incidents caused by the Hutu resulted in casualties, and triggered a violent response from Tutsi, leaving a tense climate on the country. 4 5 Tutsi soldiers assassinated the democratically elected Hutu president Ndadaye in 1993 which launched another episode of violence at the origin of the civil war. Another Hutu President was elected just after, Cyprien Ntaryamira, but was also killed with the Rwandan President in 1994, which provoked a genocide in the country. Both the mass killings in the 1970s and 1990s are considered as genocides according to the report by the International Commission of Inquiry for Burundi presented at the UN Security Council in 2002. In 2009, the last Hutu rebel group, the Forces for National Liberation officially disarmed and became a political party.

Heads of opposition political parties returned to Burundi after they had fled during the 2010 elections. Following their return to the country, they were harassed and intimidated, even though the government had promised political freedom. Acts of violence, killings, rape or intimidation were committed by the National Council for the Defense of Democracy-Forces for the Defense of Democracy, without any sanction for the abusers. Generally speaking, the political opposition is intimidated, despite an active civil society and media. 6

The current Hutu president, who comes from the former Hutu rebellion that was active during the civil war, wishes to run the country for another 5 years lets. His opponents fear that he could revise the Constitution and/or the Arusha’s legacy with its principle of ethnic power-sharing based on a spirit of compromise.

The vote occurred on July 21st in a climate of violence, journalists saying gunfire could be heard in the capital when the polling stations opened. 7 The vote was organized against the will of the African Union which refused to send observers for the first time in a member State. 8 Five days before the vote, experts from the United Nations said that “the situation could evolve into a major conflict following the repression and intimidation of the population (…) the closing of independent medias, and the detention of some leaders of opposition and civil society”. 9 The US State Department also mentioned that this election lacks credibility. 10 Over the 8 candidates, 3 cancelled their participation to the vote and the opposition formed a National Council for the respect of the Arusha agreements to try and save the consensus and power sharing spirit reached after the civil war. The outcome came out a couple of days after the vote and Nkurunziza was elected for a new term with almost 70% of the votes. The fact that the 1993 civil war broke out following elections lets the experts think that the violent episodes of 2015 could be also perpetuated along ethnic lines.

An online platform like Eurosha can be used as a tool by the various humanitarian organizations as soon as the situation degenerates. 170,000 people have left the country since the beginning of the events, and about 1,000 people are fleeing into Tanzania every day according to Médecins Sans Frontières, showing that a humanitarian crisis is unfolding.11,12 The outcome of the vote is already controversial and the main opponent to the President, Agathon Rwasa, is calling for new elections. 13