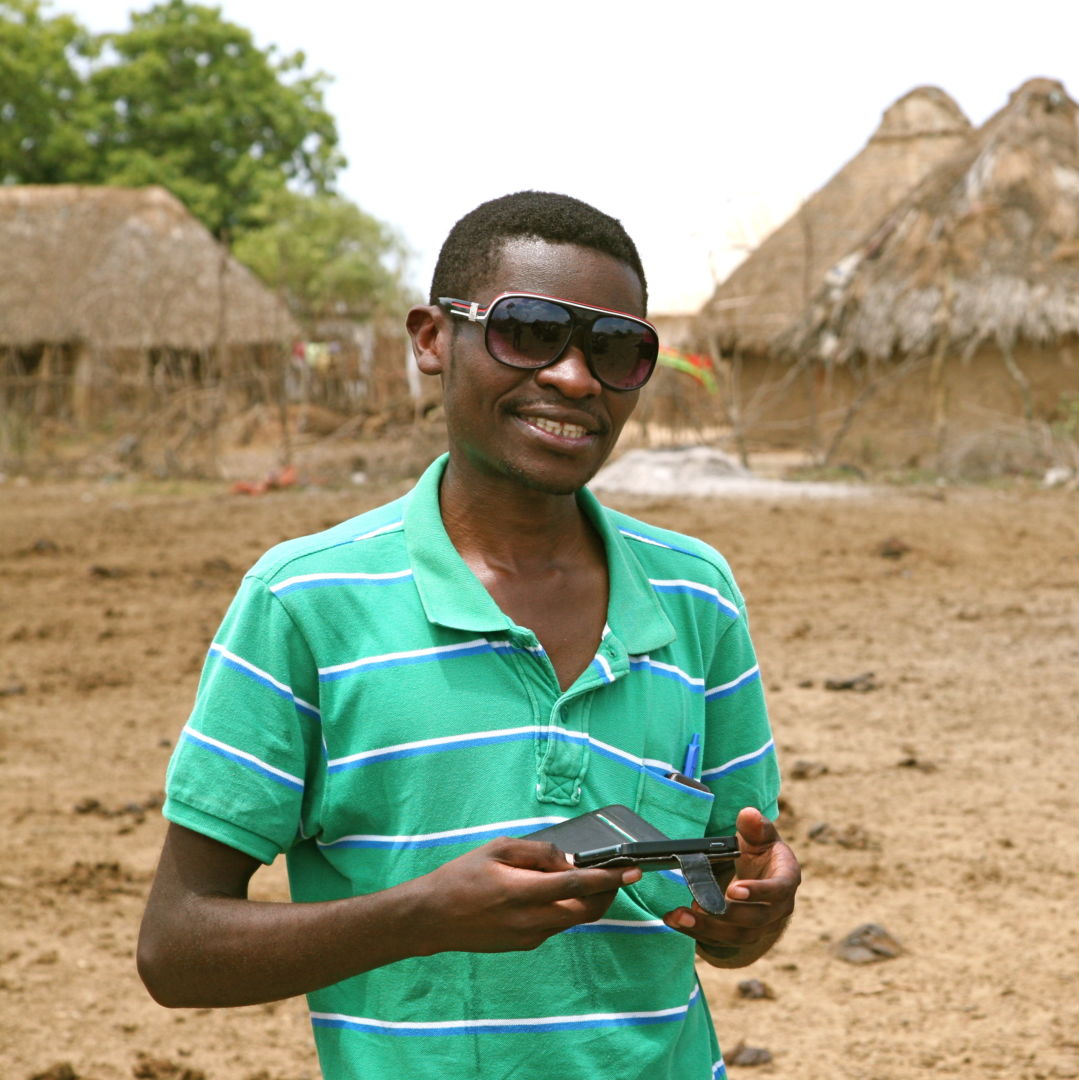 Can you tell us about your typical day as a coordinator for the Una Hakika project?

Its my custom to begin my day by thanking God, knowing well that each day is another opportunity given to take my life a notch closer to my goals. I’m encouraged each day knowing that as a part of the Una Hakika team we are on a mission working towards conflict prevention and peacebuilding. This always makes me ponder the words of Lyndon Johnson, the 36th president of USA, who once said “peace is a journey of a thousand miles and it must be taken one step at a time.” The Una Hakika humanitarian communications network is now up and running, which is our first step towards a peaceful Tana Delta.

Managing the project from G 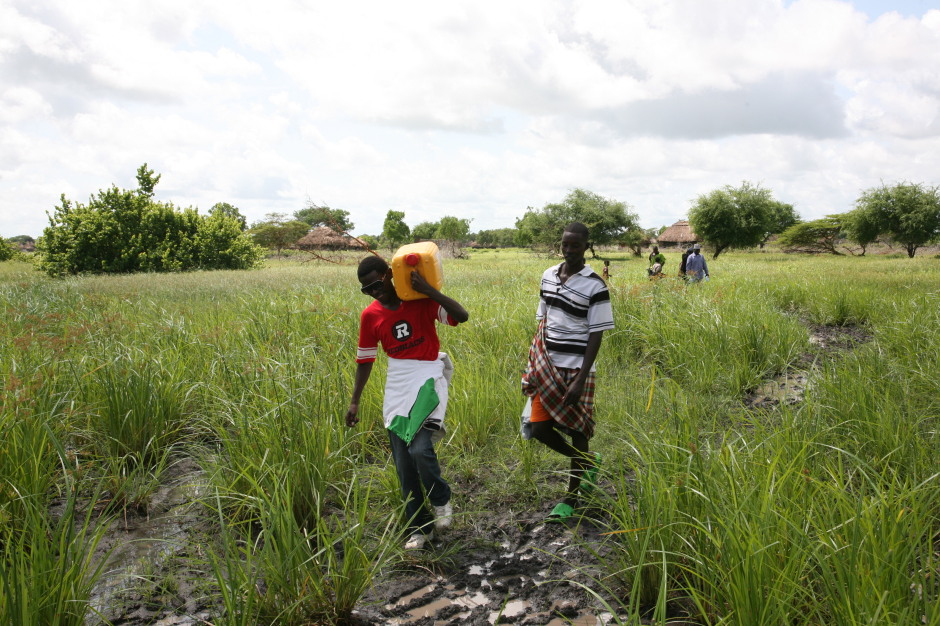 arsen in various capacities occupies my day. In a nutshell, my day revolves around coordinating the ICT-based misinformation reporting system, collecting data on the birth and growth of rumours, analyzing how different rumours are shaped across time and space, and also working hard to bring harmful rumours to rest. This is made possible by preparing and broadcasting counter-messaging to reduce the impact of misinformation. I use my free time to absorb the local culture, blending in with communities in which we work, while trying to capture the right local dialect to fully inhabit my roles. Creating and maintaining new contacts with the local stakeholders is always the highlight of my day.

How do you go about verifying rumours you receive?

The verification process is predominantly determined by the magnitude and weight attached to the rumour according to Una Hakika criterion of rumour prioritization.  First is entering the rumour in wikirumours, a software developed by the Sentinel Project’s tech team, to manage misinformation for research purposes. The next step is contacting our community ambassadors who might have received relevant information from the communities where an incident has occurred, before the incident culminates in rumours in other communities.

Third is crowdsourcing in a bid to solicit more information from subscribers, leaders, and authorities in relevant areas. That being said, the verification part may not always bear fruits from the above mentioned steps, so if I don’t receive useful information, or recieve mixed information, this always calls for physical on-site visit.

What is the strangest rumour you have received?  How did you handle it?

We received a rumour about our own mandate as Una Hakika in the Tana Delta as to be that of information collection for the purposes of future prosecution or gathering intelligence, which was a big blow that could have compromised both our reputation and the trust we have earned from the communities we work with. It was a wake up call for Una Hakika to step up awareness campaigns and educate the masses about the significance of Una Hakika as a conflict prevention project and a precursor to a full fledged early warning system in the Tana Delta. When we received word of this what crossed my mind was the hunter has now become the hunted! I was tasked with comprehensively explaining the system, how it works and how the information we receive is handled, and rests being a unique and complex undertaking especially when keeping in mind that we are dealing with some communities with low literacy levels.

What do you enjoy most about your job? 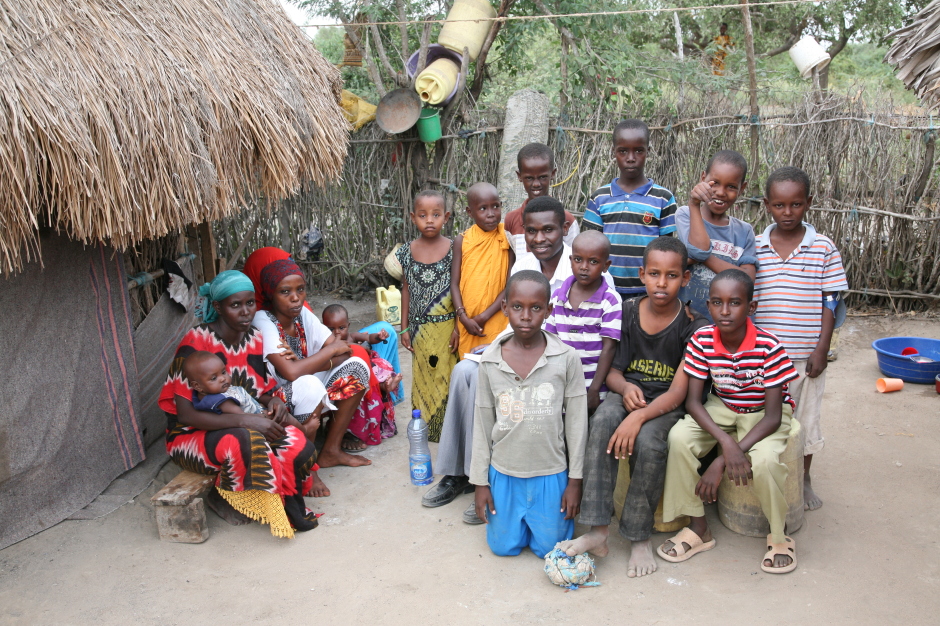 I really enjoy interacting with marginalized communities and experiencing the idea of using simple technology like mobile phones in conflict prevention and peacebuilding. Witnessing first hand the derby between misinformation and verified information disseminated from a trusted source, and seeing how truthful information liberates people and has prompt and positive impacts on how people perceive each other in areas where different ethnic groups have been polarized by ethnicity, politics,  and competition for resources among other factors.

What is the greatest challenge you face?

One major challenge is to make the community draw a line between Una Hakika as a conflict prevention and peacebuilding project that keeps a close eye on misinformation/rumours and government agencies such as intelligence units, while also making people differentiate between a community ambassador, who at goodwill volunteer to send in rumours to support conflict prevention, and a spy whose is mission to gather intelligence information for other purposes.

How do you feel the communities of Tana Delta have responded to Una Hakika?

At the moment I am glad that the communities are gaining a sense of inclusion through participation in all stages of Una Hakika by sending in rumours, helping in verification, and also assisting in dissemination of verified information where need be. The locals have embraced the project by positively contributing towards the small but significant success we are registering now, knowing well Una Hakika is at an early stage.

By working closely with communities and with the ability to verify and dispel incendiary rumours that would heighten tensions or even lead to violence, Una Hakika has gained trust and we have many willing to subscribe so as to get answers to the many questions on information they receive. Keeping in mind that there is no local radio station at the moment, and the fact that so few individuals possess a radio or television at home, Una Hakika finds itself filing the information gap.

For instance, it was a testament to the great potential of Una Hakika when during an attempted cattle raid in Ngao by people believed to be from Kipao, both areas that have been considered hotspots in the Tana Delta, we received the information from our community ambassadors two hours before the local area police.  This is an indicator that Una Hakika has earned trust from the local communities, and I view this as a great success. This incident was a source of rumours that was spilling over in to different areas, most of which were twisted  information with an ethnic angle, and we successfully neutralized them by giving correct information. 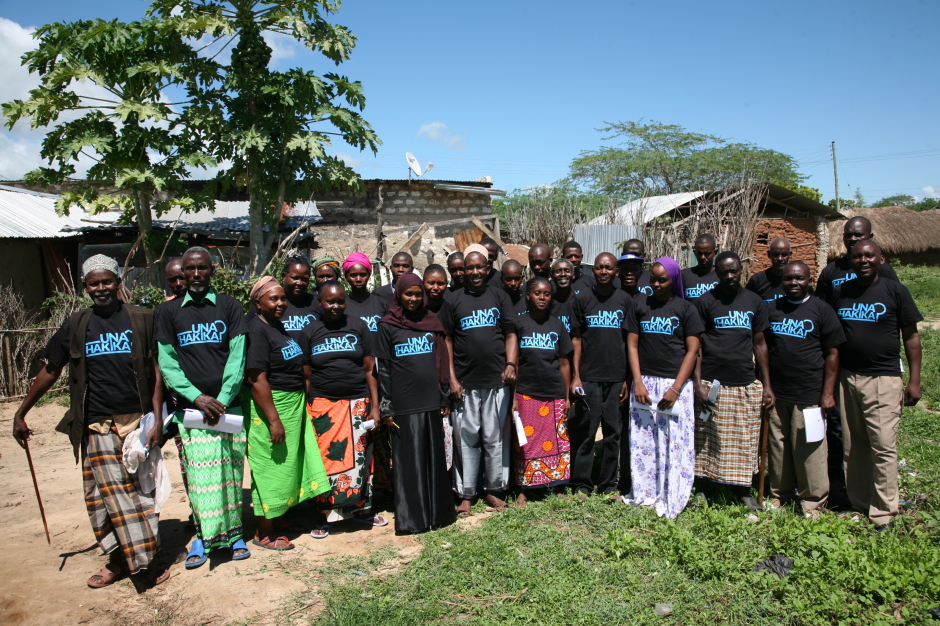 Is it realistic to hope that Una Hakika will one day be sustained by the communities themselves?

Sure! A good day becomes evident in the morning. Una Hakika is still at her infant stages however the project has made milestones in terms of community participation. The community ambassadors we are mentoring are going to be Una Hakika gatekeepers for days to come. I am so optimistic that with time Una Hakika will grow wings to fly on her own.  I felt very encouraged and fortified during my last field visit when I discovered that in all the villages we work, the majority of our ambassadors are determined to find the truth behind any information they receive before sharing, making decisions or taking action. Una Hakika simply cultivates a culture of verifying information and communities have embraced the project around this idea. In the future we plan to conduct forums where ambassadors will be able to meet, get to know one another, and interact with people from different villages and ethnic groups, so that in the long-run we can build solid networks of individuals who trust each other, and can use their mobile phones for positive communication hence peaceful co-existence. I find solace in the words of our very own Executive Director, Christopher Tuckwood “As Una Hakika we prefer doing things slow but doing them well.”  All of this may take time to become a dream realized, and it may not take a day, a week or month, but it won’t take an eternity.