Our View: Crises in the Central African Republic and South Sudan 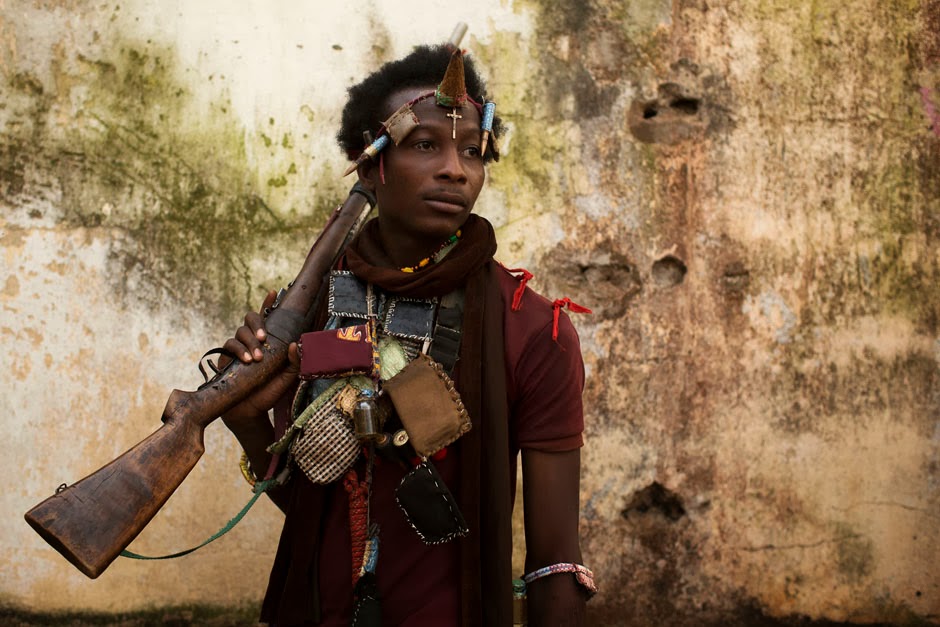 Village militias have formed in the Central African Republic as communities seek to defence themselves from former rebels. However, both are implicated in atrocities.

The last few weeks have seen a string of alarming reports in two countries at risk of mass atrocities, first in the Central African Republic (CAR) as an international force attempts to stabilize a crumbling state and protect civilians, and now in neighbouring South Sudan as rumours of a coup have sparked violence and fears of civil war. In both cases, hundreds of people – many of them civilians – are believed to have been killed and thousands more displaced and living in fear. Both countries are impoverished and have a history of conflict and governmental instability. Considering that both situations have varying degrees of religious and ethnic division, they also have the potential for things to get much, much worse.

Naturally, considering our mission here at the Sentinel Project, people – including members of our own team – have wondered about our position on these countries, which we do not currently list as official situations of concern (SOCs). I want to explain a bit about the Sentinel Project’s approach to the CAR and South Sudan, the reason for our silence so far, and our future plans in this regard. My intent here is not to recap the cause of violence in these countries, since that information is now widely reported and available elsewhere, but rather to look at things specifically from a Sentinel Project perspective. 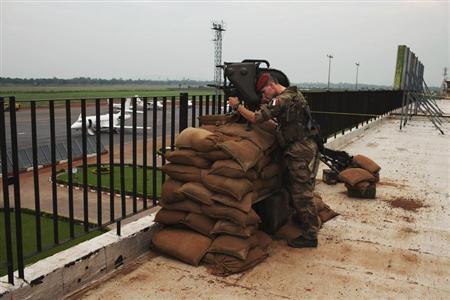 French soldiers are now operating in the CAR in support of an African Union intervention force.

First, although some observers question the wisdom of using the word “genocide” to describe the situation in CAR – as many figures in the international community have done – there is undeniable potential for atrocities in some form to escalate to a mass scale in both the CAR and South Sudan. From a prevention perspective, all efforts to stop escalation must be supported, whether these are implemented by international military forces, diplomats, NGOs, or local civil society. From a mitigation perspective, these same actors must do what they can to build communal resilience and minimize the impact of atrocities when they do happen.

Second, the Sentinel Project has not previously published any public statements on either the CAR or South Sudan, which may seem odd for an organization with a mandate that includes predicting mass atrocities. The fact is that we began a process this past summer in order to select a new SOC which we could begin monitoring as soon as possible, likely in early 2014. A team of analysts did a lot of work to draft a short list of countries which we assessed to be most at risk of mass atrocities. From there, earlier this fall, our broader team narrowed the list down to a final two countries which required further investigation before we could choose. Those two countries were the CAR and South Sudan. All of this happened behind closed doors and the process was slowed significantly by our very limited resources. Had we been able to make our decision faster, or to initiate two new SOCs rather than just one, we would already be actively monitoring one or both of the CAR and South Sudan. This failing is simply a product of being an under-resourced, volunteer-based organization, but it’s one that I hope we will not repeat again. 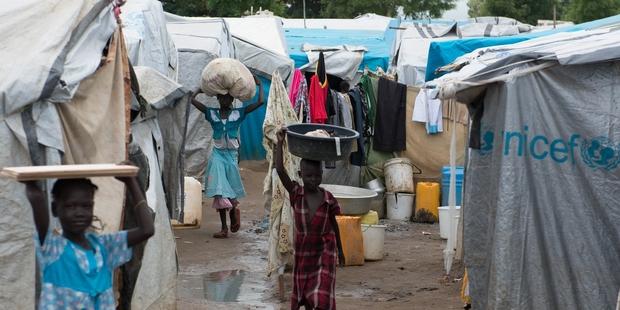 Many people in South Sudan have fled their homes in fear and are now seeking refuge at United Nations compounds.

Third, and finally, we need to look ahead. As beneficial as it would have been to make an early declaration of the risk of mass atrocities in the CAR and South Sudan, it’s not too late for the Sentinel Project to still play a role. After all, as bad as the current situation may seem in either of these countries, they can both get much worse. It seems insensitive to debate whether the atrocities committed thus far in either place qualify as “mass” but the fact is that the numbers of victims have the potential to increase drastically from their current levels. In order to fulfill our mission of assisting communities at risk of mass atrocities, the Sentinel Project team must now determine where our energies are best devoted. Then, once we select the CAR, South Sudan, or both, we will begin not only monitoring the situation but looking for opportunities to apply our unique approach to the problem of mass atrocities for maximum positive impact.