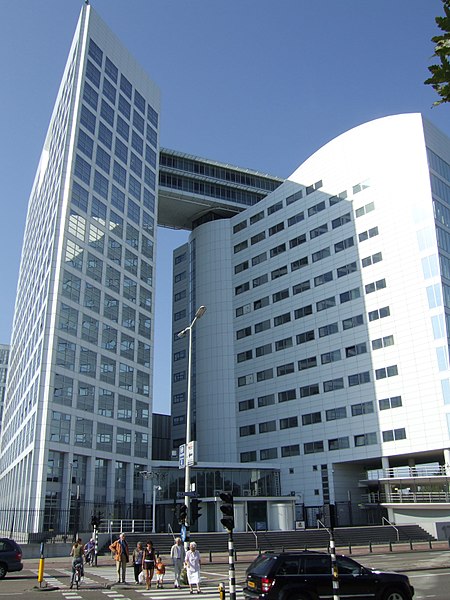 The Assembly of State Parties meeting this year in The Hague was defined by the brinksmanship between the African Union (AU) and the court.  As such, it was a deeply political affair, where the interests of victims were completely overshadowed by the diplomatic maneuverings of states.  For supporters of the court this was a troubling development.  Paradoxically, the integrity of the Rome Statute was bartered in order to counter the existential danger posed by the threatened mass withdrawal of African states from the court.  The AU and some African governments have argued that the court, which only has African situations at the moment, is biased against Africans.  Two current African heads of state – Uhuru Kenyatta of Kenya and Omar Bashir of Sudan have been charged with international crimes.

This issue came to a head during a lively debate on the second day of the conference focusing on immunity for sitting heads of state.  Kenyan Attorney-General Githu Muigai set the stage when he told a packed house that the UN Security Council and ICC have behaved in a manner that is “politically and socially irresponsible” by not agreeing to temporarily excuse Uhuru Kenyatta from trial.  A legal representative from the AU took the floor to argue that “as Africa we believe that we need to be listened to and trusted in the interests of peace and reconciliation in Africa.”

However, several states and non-government organisations rose to speak against giving sitting heads of state immunity from prosecution with Belgium arguing that “political time cannot interrupt legal time.”  A representative from the Kenyan Human Rights Commission, a Kenyan NGO, asserted that “The proposed amendments risk making immunity a prize to be won in an election.”  Cherif Bassiouni, considered by many to be a pioneer of international criminal law, caused much consternation among human rights advocates with his attempt to craft a compromise position which emphasized the importance of the court but also argued that “dignity of heads of state must be taken into consideration.”

With hours of debate concluding without reaching any kind of consensus, discussion of amendments to the statute moved to private negotiations throughout the rest of the conference.  In the end a compromise solution was reached whereby Rule 134 of the Rules of Procedure and Evidence was amended in such a way that excusal from presence at trial could be granted by reason of “extraordinary public duties” at “the highest national level.”  This was publicly heralded by state party delegates as an elegant solution keeping African states strongly committed to the court by addressing their concerns.

However, many human rights organisations present felt sidelined in the discussions and worried that the tremendous pressure being placed on the prosecutor to avoid prosecutions of sitting heads of state (and to avoid expanding the court’s work in Africa) amounted to both a new double standard and the increasing politicisation of the court.  It is not yet clear whether the amended rule is consistent with the statute, which takes precedence over the Rules of Procedure and Evidence – particularly, article 62(i) which requires the presence of the accused at trial.  Moreover, the issue of full immunity for sitting heads of state appears to be still on the agenda for some critics of the court with Uganda calling for a special session of the Assembly of State parties to be held next year in Africa to discuss this issue.

While the amended rule is not in itself highly damaging to the court it does raise troubling questions about the court’s ability and the state parties’ willingness to make the powerful accountable for their victimisation of the weak.  It is important to remember that crimes such as genocide and crimes against humanity are generally possible only with the acquiescence or participation of state authorities.  These are mass crimes entailing a degree of mass mobilisation and systematic design.  Such mobilisation requires the organizational and material resources of the state.  If state leaders are not held responsible for international crimes then the commission of international crimes may be retained as policy options by leaders in extreme circumstances.

Article 27 of the Rome Statute explicitly sets out the “irrelevance of official capacity” and precludes all immunities for heads of state and other state officials.   Moreover, Article 143 (1) of the Kenyan constitution, which grants the President immunity against any criminal proceedings, does not apply in case the President is being prosecuted under any treaty to which Kenya is a party to and which does not recognize such immunity.  Thus, there are no grounds to recognize immunities for heads of state under the Rome Statute.

If the court is to move towards two standards of justice – one for leaders and another for other perpetrators – this will hugely undermine the court’s legitimacy and weaken its deterrent power.  Such a development would no doubt respect the dignity of heads of state but would do little to restore the dignity of victims.  We must uphold the equality of the victims of international crimes rather than succumbing to a politically-palatable notion of equality of impunity for leaders who commit genocide and crimes against humanity.