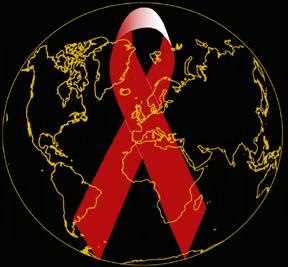 Today, December 1, is World AIDS Day.  It may surprise you to find coverage of this event on a genocide-prevention blog, but there’s actually a big overlap between the two tragedies of genocide and AIDS.  To see this connection clearly, we need only examine the continuing aftermath of the Rwandan genocide.

During the Rwandan genocide in 1994, an estimated 250,000 to 500,000 women and girls were raped in a systematic attempt to annihilate the Tutsi community and remove Hutu moderates and sympathizers (Amnesty International).  Sexual violence has long been practised in the context of war, but what makes many armed conflicts over the past 20 years unique — besides Rwanda, think of those in the Balkans, Liberia, DRC, Sudan, CAR, Sierra Leone — is the scale at which sexual violence has been and continues to be used as a weapon of war.  Add to this the exposure to sexually transmitted and other diseases that rape victims faced, especially to HIV/AIDS in countries where the epidemic was already ramping up.

Sexual violence is used as a tool of war and genocide because of its power to destroy individuals, families and communities and to leave a living memory. Rape terrorizes the victim, inflicts physical and psychological pain and suffering, and often endangers the victim’s life and destroys her prospects of bearing children in the future.  On top of the physical damage they sustained, many women and girls raped during the Rwandan genocide were infected with HIV. There is evidence that HIV-infected men purposefully raped women with the intention of infecting them, making HIV a weapon of war in its own right (Donavan).

One study carried out in 2001 found that 70% of rape survivors from the Rwandan genocide were HIV-positive (African Rights).  Although some of victims may have been infected prior to the genocide, according to an Amnesty International report, “the mass rape during 1994 contributed significantly to the spread of the virus in Rwanda, particularly as rates of HIV transmission during sexual violence believed to be high” (Amnesty International). This high rate is attributed to the fact that many girls and women were raped more than once, often countless times, by a number of different men (African Rights), and that the internal injuries sustained during violent rapes hastened the transmission of the virus (Mukamana and Collins).  Françoise Nduwimana, chronicler of the sexual violence that women faced during the Rwandan genocide, reports this testimony from one of the rape victims:  “For 60 days, my body was used as a thoroughfare for all the hoodlums, militia men and soldiers in the district.… Those men completely destroyed me; they caused me so much pain. They raped me in front of my six children.… Three years ago, I discovered I had HIV/AIDS. There is no doubt in my mind that I was infected during these rapes.”

After the Rwandan genocide ended, rape victims often fled their communities out of shame or were cast out, leaving behind their homes, resources, and former support network. They often gave birth to HIV-positive babies and struggled to exist.  They lived with deep psychological trauma and serious health needs, including the need for HIV/AIDS treatment, yet little to nothing was available to them.  Anti-retroviral treatment was expensive and difficult to obtain, and the shame of being raped and the stigma of having AIDS prevented many victims from coming forward and seeking treatment, even when it was available (Human Rights Watch Africa).

For economic reasons, many girls and young women were forced into marriage, stayed in abusive relationships, or had to submit to unwanted sexual advances.  Unprotected, they were sexually abused by neighbours, employers and strangers (Amnesty International). All of these sexual situations were ripe for HIV transmission.  One help centre that established an AIDS focus group for women found that rape victims were more sexually active outside of marriage than other woman, because they were looking for affection and protection. Yet many had become fatalistic about death and didn’t take proper precautions against AIDS.  With life so precarious and hopeless, why struggle?  Many traumatized and desperate women turned to sex work to survive, exposing them further to HIV infection.

The genocide also left some 400,000 children without one or both parents (Amnesty International).  Many of these children were homeless or left to fend themselves on the streets, where they were vulnerable to rape or “survival sex” (sex in exchange for food, a place to sleep, school fees, etc.) and thus to HIV infection.  Post-genocide defence forces were known to offer “protection” to street children in exchange for sex.

So on this World AIDS Day, think about the many thousands of women and children who have become the victims of AIDS as the direct or indirect result of genocide.  Years after the genocide is over, they continue to suffer, mostly forgotten by the world.  In our work to prevent genocide before it happens, we at The Sentinel Project recognize the grim lives that genocide survivors continue to live for years, and we support the statement of Zainab Hawa Bangura, Special Representative of the U.N. Secretary General on Sexual Violence in Conflict:  “We stand in solidarity with the many thousands of victims and survivors around the world. To say to them that they are not forgotten, that their plight is of the highest priority, at the highest level” (Remarks).