The Drone Debate: Transparency and Accountability 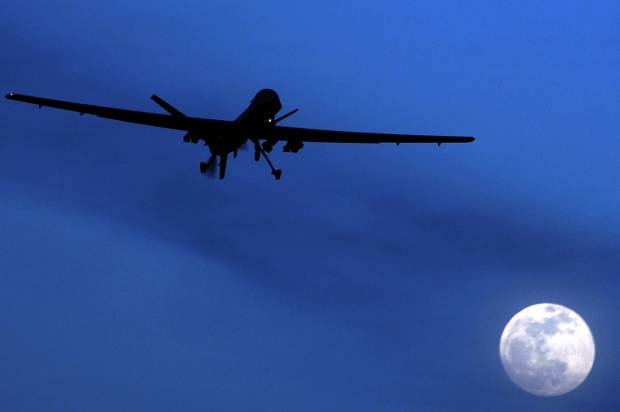 In this last post of our blog series on the humanitarian use of drones we look at two closely related issues that call into question the current use of armed drones and raise a serious point of discussion for the humanitarian use of this technology. These two issues are transparency and accountability. Transparency refers to the open development, acquisition, and use of drones; accountability refers to drone users being investigated and held to account under international law when there is reasonable grounds to believe they have contravened this law.

In a recently released report that forms part of the UN’s ongoing investigation into the legal and ethical issues surrounding the deployment of armed drones, special rapporteur Christof Heyns writes that it is generally agreed that the use of armed drones is not illegal under existing international law, but acknowledges the lack of consensus on how to apply international law governing the use of force to the case of drones (Para III.A.13). However, taking the perspective that life must be protected as a supreme right, Heyns goes on to recommend that “States should be transparent and should be called upon required to be transparent by the international community and by domestic actors…” (Para V.A.105) and, concerning states that use armed drones, that “States must… publicly disclose the legal basis for the use of drones, operational responsibility, criteria for targeting, impact (including civilian casualties), and information about alleged violations, investigations and prosecutions” (Para V.C.108). Deliberate targeting of civilians constitutes unlawful use and Heyns underlines the obligation of UN member states to investigate such cases. This call for transparency and accountability is echoed in a second report by special rapporteur Ben Emmerson, who calls on states responsible for civilian deaths by drone attack to “conduct a prompt, independent and impartial fact-finding inquiry and to provide a detailed public explanation.”

Only three states currently operate armed drones: the US, the UK, and Israel. So far, none of these states has been willing to release their statistics for civilian deaths caused by drone strikes. How they respond to this renewed call for transparency remains to be seen, and will set the stage for further development on the accountability issue — how to proceed against states that have used armed drones in contravention of international law.

Secondly, in his special report, Heyns argues that permission for a state to use force (e.g. deploy armed drones) in another state’s territory can only be granted by the target state’s highest authority (e.g. government) and not by lower authorities (e.g. military or security groups). Must a humanitarian group also secure a state’s permission to deploy an information-gathering drone in their territory if no force is to be used? And when a state is the aggressor in the humanitarian issue, how likely would they be to grant such permission? If information can be gathered, will it be used to support accusations of war crimes or crimes against humanity and, if so, how would this use affect the work of humanitarian organizations in the target country in the future? Would they be seen as neutral or perceived as Western spies? Would their ground operations be compromised and the safety of their workers jeopardized?

Finally, related to accountability, to whom must humanitarian groups answer if they invade a sovereign state’s territory for the purpose of monitoring humanitarian or human rights crises? And if an information-gathering drone were to go off course and injure or kill people, in what sense must the humanitarian group be held responsible for this error?

Currently, no humanitarian group has publicly acquired or deployed a “peaceable” drone. However, once drones come down in price and their technology (size, capabilities, efficiency) improves, humanitarian drones may become mainstream. Before that day comes, a governance framework and international regulatory system needs to be created which separates military from humanitarian uses and adequately addresses the four key issues of accountability (including transparency), privacy, safety, and sovereignty.

Heyns, Christof.  Report of the Special Rapporteur on extrajudicial, summary or arbitrary executions.  U.N. Report A/68/382.