The Crime of Barbarity X 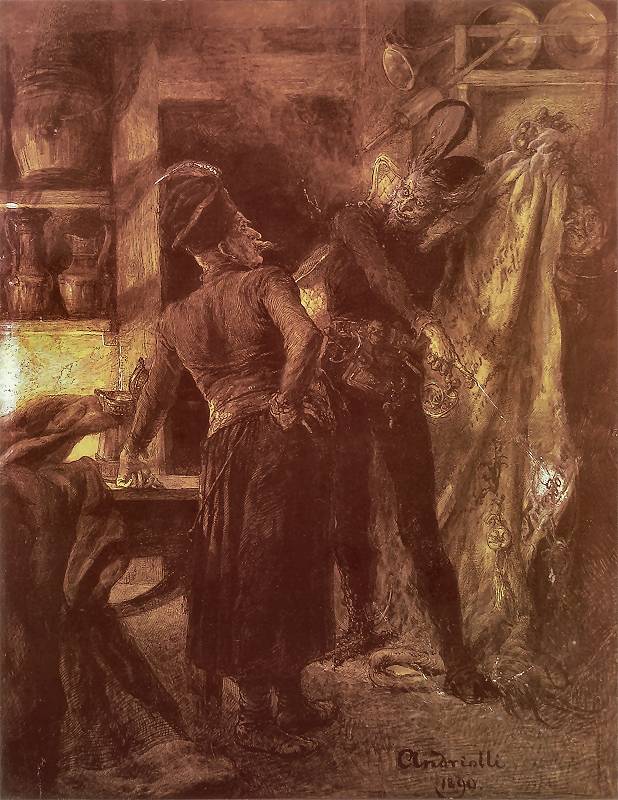 “People speak sometimes about the ‘bestial’ cruelty of man, but that is terribly unjust and offensive to beasts, no animal could ever be so cruel as a man, so artfully, so artistically cruel.” ―Dostoyevsky

It’s been more than a week since the last installment of “The Crime of Barbarity.” For that, I apologize. The last entry in our series was meant to explore the tragedy of modernity itself – the ideas that turned men away from civilization, that turned supposedly technologically and culturally advanced Europeans toward the most base and vile inhumanity – toward barbarity. This descent into savagery was seen long before its final crescendo in the concentration camps of Eastern Europe – as Edward Grey is rumored to have said on the eve of the First World War: “The lamps are going out all over Europe, and we shall not see them lit again in our lifetime.”

The past installments of this blog intended to demonstrate the role of the physical sciences in conditioning European mentality toward the philosophical prerequisites of genocide – the foundation of ideas which are so ubiquitous today that they are taken for granted: the natural inclination of men toward violence, the predictibility and infallibility of science and social grand theories characterized by determinism, the seperation of men into indivisible national ethnic groups, and the founding of social orders based on science-dictated moral concepts to name a few.

The fact that Einstein’s theory, little more than a new description for the movement of particles at an atomic level, should have caused so much opposition in the politics of totalitarianism illustrates the fallacy at the heart of modern philosophy – that moral codes – the belief in the right, the persuit of the good – could be defined scientifically. In reality, right and wrong cannot be proved by experimentation in laboratories, by chemical reactions, or by the movement of atoms. The moral codes which underpin law and social order are universal and unchanging in nature – they are not subject to new discoveries. Morality and science are opposite in their certainty about the subject they describe. Science must by its very nature be pliable and subject to constant revision. The truth science seeks is impermanent and evidence-based – never going so far as to call anything a “fact” or Truth.

Morality is needed as a precondition for science. It dictates what values men seek when they perform science, what experimental methodology is used, and what ethical boundaries need to be respected. To allow science to dictate morality is to declare that anything and everything is moral – including scientific mass-murder – because in science, present truth becomes a future discredited theory. The pliability and uncertainty of science was a facet little-understood until after the Second World War. The proponents of technology and “progress” clung to a belief best expounded by Sir Francis Bacon – that the truths of the universe were waiting to be discovered, and could merely be collected and that universal knowledge – unfailing and infallible – lay only a generation or two away.

The tragedy of human striving – of the uniquely human hunger for knowledge – had been a theme of Euopean history since Prometheus was said to have stolen fire from the gods of ancient Greece. Had Mary Shelley been prescient in 1818, nearly a hundred years before the Great War, when she chose the subtitle for her book about the dangers of science “Frankenstein: A Modern Prometheus”? Had the great German poet Goethe been forshadowing the ultimate tragedy of Nazism when he retold the story of Faust in 1806?

Many had seen the looming tragedy of science run amok, but they were rarely heeded. Few thought that, as Dostoyevsky said: “It is not the brains that matter most, but that which guides them.” Intelligence could not be its own God – Science could not morally guide itself, and without that God – without the moral base provided by religion or philosophy – anything and everything was possible: genocide, nuclear war, experiments on human subjects, experiments in human nature.

But totalitarianism succeeded not merely because it appealed to the Faustian human longing for perfect knowledge of his world – it united the bifurcated human brain – it provided a theory of everything that, irresistably, synthesized the evolved rational faculty with the ancient, base animal brain. Combining hundreds of years of human achievement with those dark recesses of animal instinct which we inherited from our forebears – the fear, the fight or flight, the lust for the irrational – it was all at the heart of the insanity of fascism and communism. These theories united the striving for science and technology with justified violence and hatred. The power of this epidemic of insanity was its ability to bypass the rationality of men – to speak to the unevolved recesses of the temporal lobe, but through Darwin instead of Genghis Kahn, through men of science instead of merely through raving barbarians.

I’d like to conclude the penultimate installment of this series by affirming that I am not an enemy of science – far from it – I am a strong proponent. I do caution men to use it wisely, however, with moral guidance from centuries of philosophical tradition, and to not take moral guidance from science itself. There was no reason that Aristotle’s moral philosophy had to be thrown out with his physics – only the human striving for a “theory of everything” pushed for this drastic step to combine and synthesize philosophy and science. Although he was speaking purely of physics, I would like to borrow preeminent physicist Stephen Hawking’s words. It is rare to see any man, let alone a scientist, reverse a prior-held belief, but these words were also significant because they united the humility of empirical pursuits with the tragic lack of emotional fulfillment that has accompanied modern science: “Some people will be very disappointed if there is not an ultimate theory that can be formulated as a finite number of principles. I used to belong to that camp, but I have changed my mind.”