Risk of genocide in Azerbaijan directly linked to risk of war

The demise of the Soviet Union in 1991 sparked war and ethnic cleansing in the Central Caucus region, as former states of the multinational USSR attempted to establish ethnically homogeneous nation-states. While this was not true of many other former Warsaw Pact members, the loss of Moscow’s control over Azerbaijan reignited a decades-long conflict over the mountainous region of Nagorno-Karabakh and its ethnic Armenian population. After 1991, pogroms were carried out in Azerbaijan and Nagorno-Karabakh against Armenian Christians and Azeri Muslims alike. 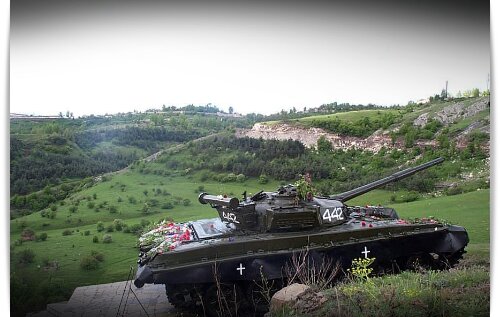 This memorial marks the Capture of Shusha, the first major Armenian victory in the Nagorno-Karabakh War

Today, Azerbaijan, Armenia, and the unrecognized Nagorno-Karabakh Republic (NKR) remain embroiled in a state of “frozen conflict.” An ethnic Armenian enclave, known as Artsakh or the NKR, has been claimed by Azerbaijan since secession from the USSR and 600,000 civilians have been displaced from their homes in the NKR since the 1992-1994 Nagorno-Karabakh War which resulted in an uneasy cease-fire and the occupation of former Azeri territory bordering the NKR by Armenian forces. 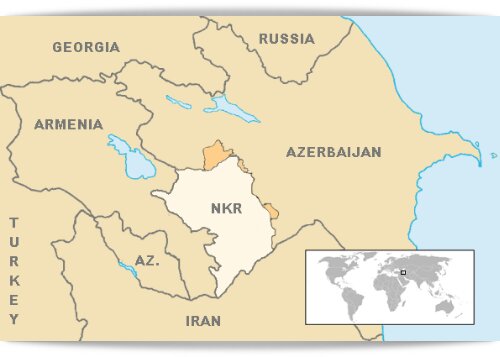 Although technically a part of Azerbaijan, the unrecognized Nagorno-Karabakh Republic is effectively independent, with its security guaranteed by Armenia

Although pogroms, violence against civilians, and alleged genocide has occurred in the past, Azerbaijan’s ethnic Armenian population is protected by the autonomous but unrecognized state of Nagorno-Karabakh which maintains its own military and receives assistance from the Armenian government. Thus, the risk of genocide is directly correlated to the risk of conventional war, since it would first be necessary for Azeri forces to successfully occupy the NKR before mass atrocities could be committed.

That said, the Sentinel Project has assessed that Azerbaijan does not exhibit many of the conditions often seen as precursors to modern genocides. Azerbaijan’s populace is not economically deprived or desperate; Azerbaijan is financially the strongest country in the region due to its booming oil industry. The country’s export-based economy also makes it highly dependent on ongoing international cooperation and collaboration. Azerbaijan is neither economically or culturally isolated from the region and, notably, hosted the Eurovision Song Contest in 2012. While Azerbaijan’s government is notoriously corrupt and has little respect for human rights, Azeri culture as a whole has a history of reverence for the concepts of individual rights and secular government, being the first Muslim democracy and preceding the United States and the United Kingdom in granting suffrage to women in 1918. Perpetuating the NKR conflict has instead been a unifying tool for Azerbaijan’s government and has been used as a tactic to deflect attention away from popular demands for freedom of the press and an end to corruption. 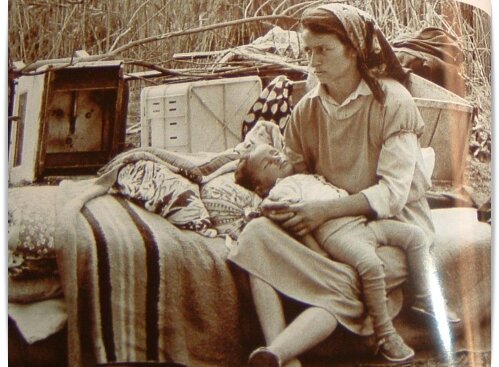 While Azerbaijan’s hereditary oligarch Ilham Aliyev has attempted to dehumanize and promote the destruction of ethnic Armenians on a worldwide scale, his ability to act is limited to the extent he can defeat the NKR and Armenia militarily, since he has no direct access to ethnic Armenians living in Azerbaijan, all of whom reside within the NKR. The mountainous region is a natural defensive line and is heavily militarized and mined, and while Azeri forces have been stockpiling weapons and increasing military budgets exponentially, any unjustifiable armed conflict in the region is implicitly international and likely to spread. Aggressive action will also invite attacks against Azerbaijan’s vital Western-sponsored oil pipelines and industries, damaging its continued ability to function economically.

Through the application of genocide models and analysis, the Sentinel Project’s Risk Assessment for Azerbaijan concludes that while the probability of genocide is high in the event the Aliyev regime gains access to the ethnic Armenian population within the NKR, war is unlikely since it is seen as risky and potentially fatal to the regime. Thus, while the situation in Azerbaijan will be monitored regularly, it does not warrant a high level of alert.