After the election: Cautious optimism for Kenya 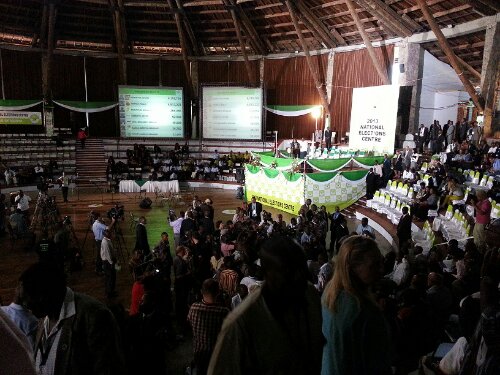 Last week, on March 4, Kenyans turned out in record numbers to vote for a variety of candidates ranging from local council representatives to the president. Naturally, most attention – including that of the international community – was turned towards the vote for the country’s leader. As followers of Kenyan news will know, the last presidential election in late 2007 resulted in violence which lasted weeks and left over 1,000 people dead and hundreds of thousands of others displaced and homeless. This violence was symptomatic of various structural conditions in Kenya which see the country deeply divided along ethnic lines with large portions of the population voting solely for whichever candidate comes from their own group, regardless of their actual political platform. Combined with severe poverty, inequality, and high youth unemployment, this situation meant that some people were willing to take up arms in defense of their preferred candidates and to attack the members of rival ethnic groups. For a more detailed explanation of these conditions and why the Sentinel Project declared Kenya to be a situation of concern (SOC), see our 2012 risk assessment for the country.

Fortunately, the 2013 election and the period immediately following it have thus far been been mostly peaceful. True, there were some violent incidents in Mombasa and nearby Malindi which saw several police officers killed, but these appeared to be isolated cases of militant groups trying to disrupt the election process specifically in that area of the country. However, it is too soon for celebration. While we are cautiously optimistic that all Kenyans will peacefully accept the results of this election and only pursue any grievances through the legal system, many other international observers have been too quick to declare them a success and a sign that Kenya has turned a corner. Certainly, great efforts have been made by many organizations to prevent a recurrence of the 2007-2008 violence, but already on election day many in the media were very quickly drawing the conclusion that violence is impossible this time. They seemed to neglect the fact that even in 2007, violence did not start until a full two days after the voting, when one of the candidates disputed the official results and called his supporters out to protest. This year, Kenyans had not even finished voting before violence seemed to be declared a virtual impossibility.

We certainly did see remarkable patience amongst Kenyans as they waited for the Independent Electoral and Boundaries Commission to overcome technical difficulties and announce the results over four days after voting ended. We talked to several people who feared what might happen and yet waited calmly for the announcement. Even when Uhuru Kenyatta and his running mate William Ruto (former rivals, both of whom have been indicted by the International Criminal Court for their alleged involvement in the violence five years ago) just barely surpassed the 50% threshold required for an outright win and to avoid a runoff election, opponent and current prime minister Raila Odinga alleged that the election had been stolen yet vowed to pursue his claim in the courts rather than summoning his supporters into the streets. At the same time that these are all positive signs, the fact remains that the results are disputed and not everyone is guaranteed to calmly accept the decision in any forthcoming court case. It also remains to be seen how the election of an ICC indictee as president will affect Kenya’s standing in the region and the wider world. Add to this the fact that Kenyatta’s victory is likely to be seen resentfully by many Kenyans as simply the retention of power by his influential Kikuyu ethnic group, and the potential for instability and violence remains.

As mentioned, there are indeed positive signs that have come out of Kenya during the week since the election and the period preceding it. Not only has peace prevailed so far, but Kenyans have also demonstrated an unprecedented level of political engagement and enthusiasm for democracy which would be hard to find in most other countries. However, our optimism for Kenya and a peaceful transition of power from one president to the next is cautious and tempered by a broader understanding of the conditions in the country. The potential for some form of violence both in specific regions as well as Kenya as a whole is still high, so we will continue to monitor the situation with great interest.