Our Berkeley chapter is going to the Clinton Global Initiative University 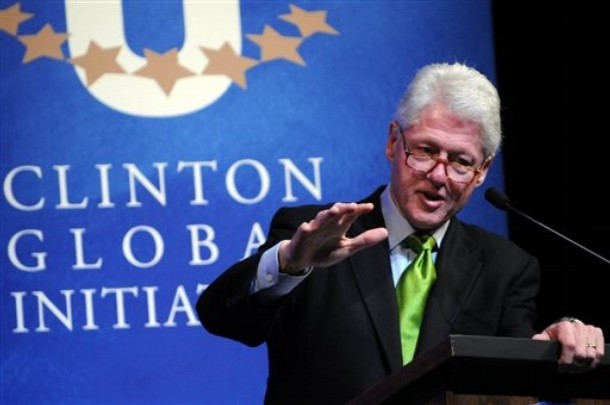 We are excited and proud to announce that our campus chapter at UC Berkeley has been selected to attend the 2012 Clinton Global Initiative University. Tuan and Erika, the chapter’s co-directors, will travel to George Washington University in Washington, DC at the end of March to attend this year’s conference. They will be two of only approximately 1,000 students from around the globe to attend this year’s conference and present their Commitment to Action. 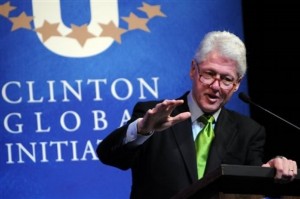 President Bill Clinton hosts the inaugural meeting of the CGIU at Tulane University, New Orleans in 2008.

Former US President Bill Clinton established the Clinton Global Initiative (CGI) in 2005 in order to bring together world leaders, entrepreneurs, CEOs, NGOs, and Nobel Laureates for the purpose of brainstorming and implementing innovative solutions to worldwide problems. In 2007, he expanded his initiative to include undergraduate and graduate students by launching the University component of CGI. College students from around the world make Commitments to Action, which are new, specific, and measureable projects that address issues on campus, in the community, or internationally. CGIU meetings include key speakers, working and skill sessions, as well as large plenary sessions, and a service day on which attendees give back to the local community. This year’s keynote speakers include President Clinton’s daughter, Chelsea Clinton; The Daily Show host, Jon Stewart; Secretary General of the International Federation of Red Cross and Red Crescent Societies, Bekele Geleta; and the CEO of Wello, Cynthia Koenig. The meeting will provide ample opportunities for networking with other student leaders and leaders in almost every industry worldwide. The Berkeley chapter is aiming to raise awareness of the Sentinel Project’s work and find possible partners for current and future projects.

Tuan and Erika’s Commitment to Action consists of a Genocide Education Series with a focus on genocide prevention in postwar Iraq. Students, experts, scholars, and Sentinel Project analysts will work together to educate the general public and raise awareness of the escalating sectarian violence between the Sunni and Shia in post-war Iraq, and the potential for it to develop into genocide. Tuan and Erika will apply their knowledge of the structural and psychological risk factors of genocide, as well as the Eight Stages of Genocide – from their experience facilitating the student elective course, The Politics of Genocide (part of the Democratic Education at Cal program) – to lead their team in organizing the Education Series. They will be working closely with the Sentinel Project’s San Francisco Bay Area research analyst and Berkeley Chapter mentor, Collin Sullivan.

For more information on this year’s Clinton Global Initiative University, please visit www.cgiu.org. Any questions, comments, or suggestions for the Sentinel Project Berkeley chapter can be sent to berkeley@thesentinelproject.org

If you’re interested in starting a chapter of the Sentinel Project at your own school, send us a message and let us know what you have in mind.