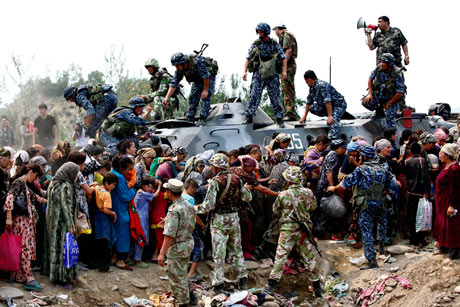 In June of 2010 the Kyrgyz Republic held a referendum which changed their form of government from a presidential system to a parliamentary democracy. In the lead-up to the referendum there was widespread ethnic violence. The majority of the violence was committed by ethnic Kyrgyz against the ethnic minority Uzebks in southern Kyrgyzstan. Over a period of days and weeks there was internal displacement, destruction of property, looting, rape and over 400 people lost their lives. 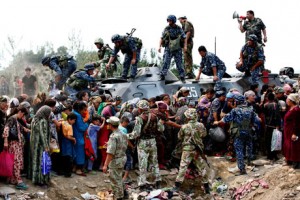 According to a report released by the Kyrgyzstan Inquiry Commission, an independent international commission that reviewed the causes and consequences of the ethnic clashes, much of the violence that occured before the referendum has not been adequately dealt with. The Commission’s report notes that the perpetrators of the violence are not being held accountable for their actions as there has been a pronounced ethnic bias in criminal prosecutions relating to last June’s events. Three quarters of the murder victims were Uzbek and one quarter were Kyrgyz. In spite of this – as of December 2010 – over four fifths of the people charged with or convicted of murder were Uzbek and less than one tenth were Kyrgyz.
Since the events of June 2010 the scale and regularity of ethnic clashes has subsided significantly; however, the tensions that precipitated the violence remain and conflict continues. There have been a number of concerning events in recent weeks and months. Lawyers defending Uzbeks have been attacked. On July 18, 2011, in response to an Uzbek stabbing a Kyrgyz taxi driver, over 500 Kyrgyz rallied in the town of Aravan’s centre to demand action. In Cheremushki there have been allegations that people are entering Uzbek areas at night and threatening to murder Uzbeks. Conflict in southern Kyrgyzstan has not be limited to clashes between Uzbeks and Kyrgyz, however. Property destruction, abductions and beatings have been a common occurence between Kyrgyz and Tajiksalong Kyrgyzstan’s ill defined border as well.
As a result of the Kyrgyz Republic’s unwillingness or inability to hold the perpetrators of ethnic violence accountable, recent and historic violence and the presidential election in October, the Sentinel Project for Genocide Prevention has been monitoring events in Kyrgyzstan. In September we will be initiating a Situation of Concern for Kyrgyzstan and releasing a report assessing the risk of genocide in the Kyrgyz Republic.