Recent Trends in the Persecution of Iranian Baha’is 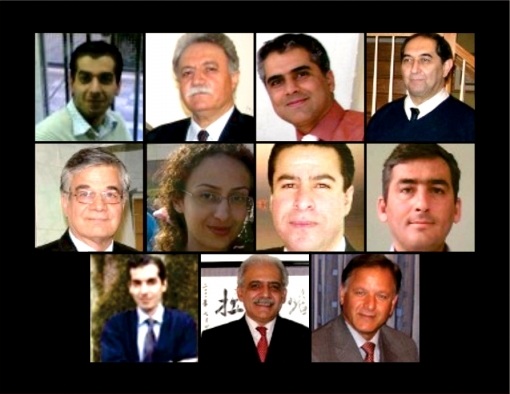 Tracking the recent developments in Iran and the ordeals facing the Bahá’í community there has been a sobering task as these events reflect some disturbing trends worth mentioning. An important part of our situation monitoring and analysis is observing patterns and tracking how they develop. This informs many of the Sentinel Project’s reports, which are intended to serve as useful summaries of large sets of information for the purpose of dissemination, awareness, and deterrence.

During the last few months, persecution of the Bahá’í community has focused on the educational sphere and institutions. As early as 21 May 2011, a series of coordinated arrests targeted Bahá’í intellectuals involved with the Bahá’í Institute for Higher Education (BIHE). This unofficial academic organization was established in 1987 to provide education to young Bahá’ís excluded from universities by the policies of the regime. Bahá’í students have faced considerable hardship and discrimination in the Iranian public school system as well. This discrimination has been particularly pronounced in the last few months with Bahá’í students being increasingly barred from admission to universities and facing expulsion if already enrolled. The recent crackdown on the BIHE has seen least 12 teachers arrested in the course of raids on 30 homes which also involved the confiscation of computers and hard drives. 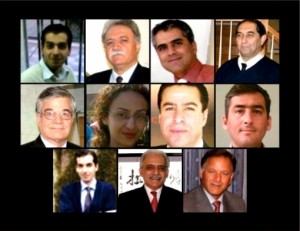 Some of the BIHE staff who have been arrested for educating young Baha’is.

A disturbing trend of prison transfers has also appeared recently as many imprisoned Bahá’ís have been taken to facilities, such as Gohardasht Prison, with harsher conditions. Furthermore, sources have indicated that the location of some arrested/detained Bahá’ís remain unknown. This is particularly troubling as the number of executions in Iran has reached higher than its peak since 2008 (346) with 361 reported so far this year by the United States Institute of Peace. It should be noted that these figures do not represent the total number of executions since many are carried out unofficially and so are not recorded. Although we currently have no reports executed Bahá’ís, the upsurge in executions, many of which have lacked due process, combined with the number of missing Bahá’ís, does not bode well.

Undercover police presence has also increased recently. For example, armed plainclothes agents have been seen stationed outside the home of human rights activist Navid Khanjani. Khanjani is a member of both the Committee of Human Rights Reporters and the Association Against Educational Discrimination and was fined and sentenced to 12 years in prison earlier this year. This judgement was passed during a period of heavy sentences against human rights activists. Khanjani also happens to be one of the many post-secondary students to be denied education due to either human rights activism or religious affiliation. Danial Owjl, another student denied education due to being Bahá’í, was reported to be kidnapped by plainclothes agents and was beaten into confessing his affiliation with Khanjani.

On 8 July 2011, it was reported that Bahá’í presence in prisons had reached its peak. At least 103 Bahá’ís are currently imprisoned and another 100 have given prison sentences or await summons or appeals. A further 160 Bahá’ís have been released on bail but may still face imprisonment pending their respective trials.

The international response to human rights abuses in Iran has recently escalated. On 20 March 2011, the Bahá’í World News Service reported that a recorded 69 Bahá’ís were imprisoned. This was the same day that US President Barack Obama made his annual Nahrooz greeting to the people of Iran, taking the opportunity to address the climate of fear within the country as well as the persecution of Bahá’ís. Obama urged the country to recognized that its future will be shaped by the youth and not a climate of fear. Before this, on 1 March 2011, US senators Mark Kirk and Dick Durban introduced a resolution (S.Res.80) condemning the Iranian government for its persecution of the Bahá’í people as well as its violation of the International Covenants on Human Rights to which it is a signatory. The UN Human Rights Council later addressed the asymmetry between the official Iranian government commitment to human rights and the persecution of the Bahá’ís. In a statement at the Council, it was highlighted that Iran “flouts international law and violates the law of its own land… shamelessly tries to garner support and hide the true motive behind its action by stating that the Bahá’í Institute for Higher Learning is illegal. How could Iran possibly deny that it persecutes the Bahá’ís?”

Iran’s response to international criticism regarding its human rights record remains defiant and filled with rhetoric antagonizing the West, claiming that its own political opposition has been encouraged to undermine the Islamic Republic. The Iranian Revolutionary Guard Corps (IRGC) recently accused former President Khatami of sedition, the leader of the Basij militia has criticized senior reformists, and Minister of Intelligence Haydar (also spelled Heydar) Moslehi has claimed success at spreading fear and doubt within opposition movements abroad. President Mahmoud Ahmadinejad has used his country’s membership and attendance at the Shanghai Cooperation Organization (also attended by Russia and China) to call for a new world order to counter the current one which he claims is “managed and run by slavers and colonizers of the past.” More troubling is recent news that Iran has rejected the appointment of UN human rights rapporteur on human rights in Iran. Mohammad Javad Larijani rejected this appointment on the grounds that it was one-sided, baseless, and unacceptable for the country. These responses are significant as Moslehi previously blamed unrest in his country on the Bahá’ís, calling them as monarchists. Larijani had also previously gone on record denying any religious persecution of the Bahá’í people. This linking of the Bahá’í community to the old regime while simultaneously obfuscating their current persecution is a dangerous move which serves to continue portraying Bahá’ís as a threat to Iranian state security.

These trends reflect a clear and decisive escalation both in respect to the persecution of Bahá’ís and the abject subversion of international human rights norms. On 3 July 2011, Bahá’ís within the province of Sanandaj were summoned to the Ministry of Intelligence, where they were warned against celebrating a Bahá’í religious feast which is held every 19 days. They were also warned against any association with non-Bahá’ís. This is a very disturbing move which seems to be aimed at restricting Bahá’í cultural identity and isolating them from their neighbours. It is difficult to speculate on the motives behind these measures, but such moves to isolate minorities from the broader population have often preceded genocides in the past.

In light of the recent Arab Spring, it is important to remember that there are still places in the Middle East where democracy, human dignity, freedom, and safety are very much under threat. The plight of the Bahá’í people remains of dire concern and the Sentinel Project urges all individuals and human rights organizations to monitor and publicize the situation in the hope of raising awareness and potentially deterring discouraging its escalation. A more comprehensive report on the dangers facing the Bahá’í community in Iran as well as the structural factors that enable them will be within the coming months. Please stay tuned.