New reports from two Iranian human rights organizations have become available through the Sen’s Daily blog and shed light on the recent series of arson attacks against Baha’i businesses in the city of Rafsanjan, Iran. The Committee of Human Rights Reporters (CHRR) reports that a threatening letter was left in the ruins of a burned-out shop on 30 December 2010. The letter was addressed to the Baha’is of Rafsanjan with the heading “A warning and conditions” and promised to “pull out the roots of colonialism in this city.” This last part is likely a reference to the Iranian government-sponsored myth that the Baha’i religion was created by the  nineteenth-century British and Russian governments to weaken Islam. The full text of the letter is currently only available in Persian but will be published here as soon as a complete translation is available. The Human Rights House of Iran (RAHANA) also reports that on 2 January 2011, the same night as another arson attack, approximately twenty copies of the same letter were distributed to Baha’i homes in Rafsanjan. 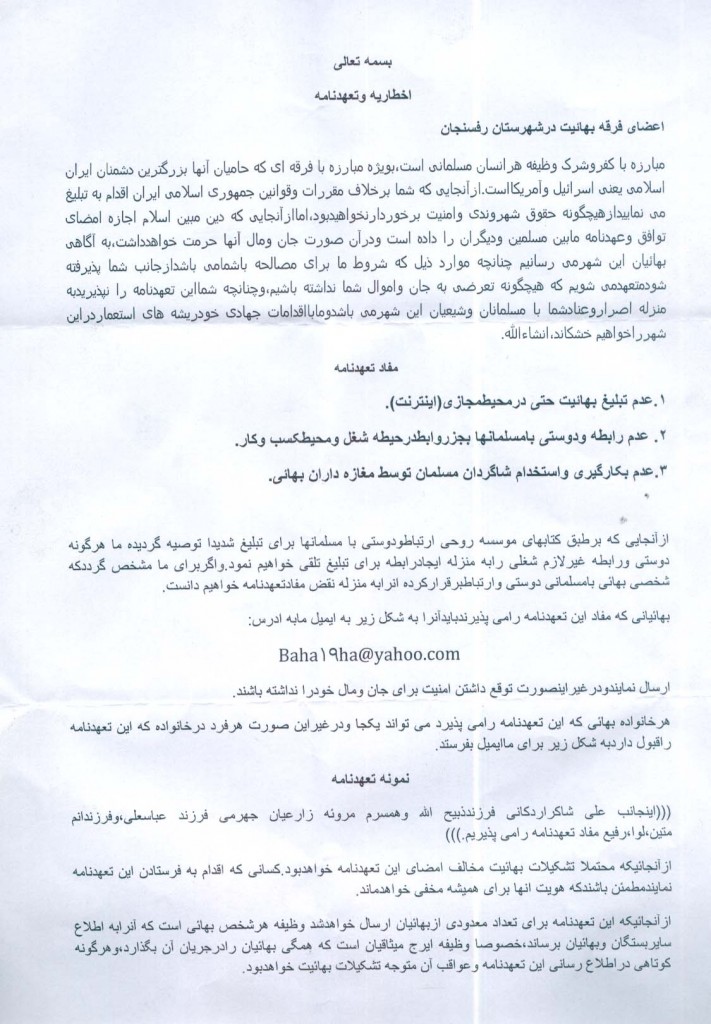 This is a scan of the threatening letter distributed to the homes of Baha’is in Rafsanjan following the latest arson attack. It is currently only available in Persian but a full translation will be provided as soon as possible.